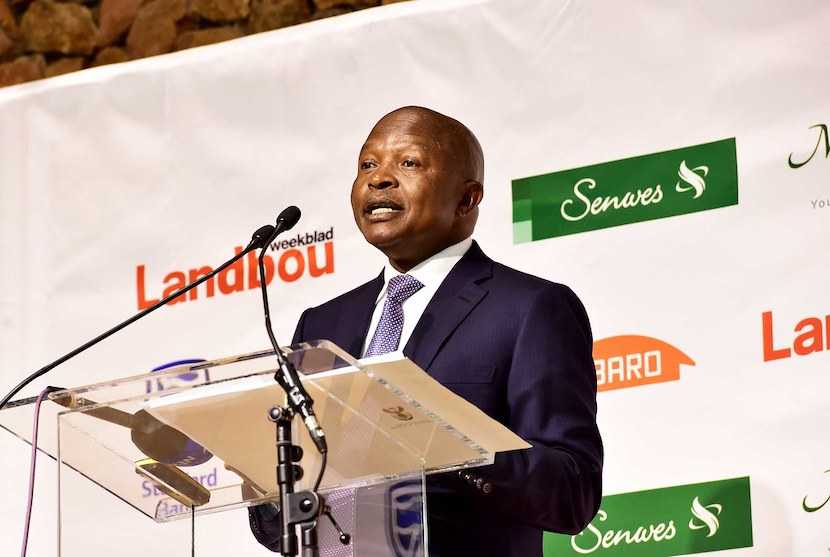 (Bloomberg) – South African Deputy President David Mabuza’s reappointment to his post is in doubt after he asked to delay his swearing-in as a lawmaker while he defends himself against accusations that he brought the ruling African National Congress into disrepute.

President Cyril Ramaphosa, who has vowed to clean up the government after his predecessor Jacob Zuma’s scandal-marred nine-year rule, is due to name a new cabinet after his May 25 inauguration following the ANC’s election victory this month. Under the constitution, his deputy must be selected from among the ranks of the 400 lawmakers in the National Assembly, meaning Mabuza could be disqualified from the position if he doesn’t clear his name in the next few days.

A former schoolteacher, Mabuza, 58, was linked to a succession of scandals while he served as premier of the eastern Mpumalanga province, ranging from accusations that he helped to rig internal party votes and state tenders to having his opponents silenced and even assassinated. The allegations were described in a New York Times expose last year. Mabuza called the story “baseless” and has never been charged.

“On the face of it, this is very positive,” said Daryl Glaser, a politics professor at the University of Witwatersrand in Johannesburg. “Mabuza is a deeply compromised individual. This certainly gives Ramaphosa an opportunity to clean up his administration.”

Yet the allegations against Mabuza are difficult to prove, and his decision to face the integrity commission could be part of calculated move to strengthen him politically because he knows he will probably be cleared, said Mpumelelo Mkhabela, an independent political analyst.

“He can still be sworn in as an MP and he can still be appointed deputy president,” Mkhabela said. “I think if he is cleared, he will be more emboldened and powerful than he is now.”

Ramaphosa initially favoured Higher Education Minister Naledi Pandor or International Relations Minister Lindiwe Sisulu to be his deputy, but gave the post to Mabuza after he won the deputy leadership of the ruling party in December 2017, with the former provincial leader’s help. Mabuza’s ineligibility would clear the way for him to appoint whoever he pleases.

Mabuza, who was due to be sworn in as lawmaker on Wednesday, asked to delay the process “in light of a report by the ANC Integrity Commission in which he is alleged to have prejudiced the integrity of the ANC and brought the organisation into disrepute,” Ramaphosa said in a statement.

The ANC requested its integrity committee look into the suitability of all proposed lawmakers. While the body can make recommendations to the party, its decisions aren’t binding. Ramaphosa didn’t indicate what Mabuza was alleged to have done wrong.

“The constitution is very clear,” Pierre de Vos, a law profession at the University of Cape Town said by phone. “If you are not a member of the National Assembly you cannot be appointed Deputy President. The Constitution and the electoral law are not clear how long a person can postpone his swearing in but I don’t think it can be indefinitely.”

The rand gained after the news, with the currency erasing an early decline and trading 0.3 percent stronger at 14.3487 per dollar at 11:50am in Johannesburg.

The ANC also announced that Environment Minister Nomvula Mokonyane, who was to take up a senior position in parliament, withdrew her candidacy as a lawmaker due to family commitments. Mokonyane was accused in a judicial probe of taking bribes – an allegation she denies.

One possible contender for Mabuza’s post could be Nkosazana Dlamini-Zuma, a minister in the presidency who narrowly lost the contest for the ANC leadership to Ramaphosa. Her appointment could help Ramaphosa unite the deeply divided party and quell criticism that he’s sidelining members who opposed him.