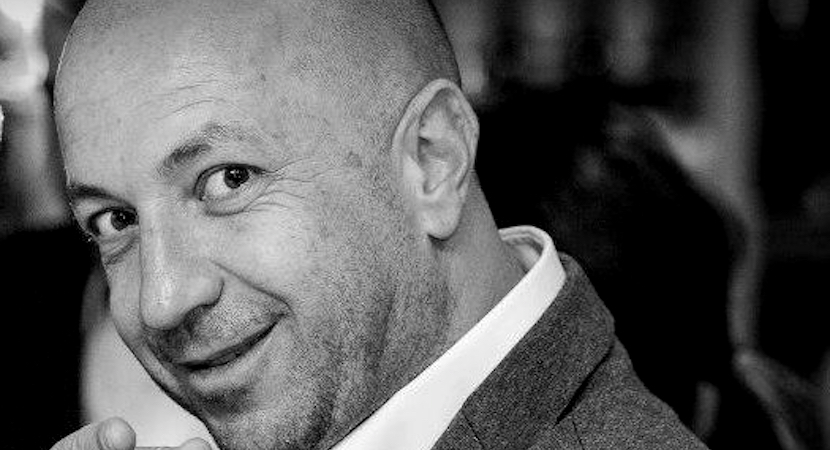 Mark Pamensky is a Chartered Accountant who settled deep within the bosom of the state capture gang, yet he is trying to give the impression that he was not in the slightest bit aware that the Gupta brothers were up to any funny business. In March 2016, BizNews editor-in-chief Alec Hogg reported on the make-up of the Eskom board. At the time, only one member of the board – Dr Pat Naidoo – was an electrical engineer. When Pamensky was “improbably” on the Eskom board, he was also a director of the Gupta mothership company Oakbay, noted Hogg. At the time Pamensky moved into the Gupta enclave, he was still working for Blue Label and his move shocked his co-CEO Brett Levy. “It came out of the blue. It was like my wife of 20 years saying she was leaving me. Pamensky was 100% involved in the professional and private lives of me and my brother (co-CEO Mark Levy). I was the best man at his wedding two years ago; he was a trustee of our private trusts; we shared everything together,” Levy told Hogg. The Daily Maverick picks up on Pamensky’s performance at the Zondo Commission with their piece published here on BizNews with kind permission. – Jackie Cameron

Days of Zondo: Former Eskom board member Mark Pamensky testifies about not knowing much but trusting a lot

Dubbed by many as a Gupta insider during his tenure as an Eskom board member, Mark Pamensky’s testimony before the Zondo commission of inquiry into State Capture left much to be desired about his role in clinching a contract for a Gupta-owned newspaper.

Why did Eskom have to spend more than R56m on advertising and sponsorship contracts with The New Age?

This question was the sole focus of this week’s testimonies at the Zondo commission of inquiry into State Capture. And on 31 October, a testimony was delivered by a former Eskom non-executive board member Mark Pamensky, who was a known Gupta ally and alleged adviser during his time at the power utility.

In August 2017, the Organisation Undoing Tax Abuse (Outa) laid criminal charges against Pamensky for his conduct while he was a director at Eskom and Oakbay.

He allegedly shared Eskom information with the Guptas that helped them in their R2.15bn purchase of Optimum Coal Holdings, which had coal contracts with the power utility.

Pamensky’s evidence sought to refute the knowledge that his appointment as an Eskom board member coincided with meetings he held with Gupta brothers Atul and Tony at a time when the advertising and sponsorship contracts between The New Age (TNA) and Eskom were under scrutiny both from Parliament and the media.

Pamensky told the commission that he was appointed as an Eskom board member on 11 December 2014. He claimed his interest in joining the power utility came in mid-2014 when he decided to leave his then-employer Blue Label Telecoms. On 28 September of the same year, Pamensky said an opening had been advertised by Eskom which sought a non-executive board member.

“I felt that my skills in relation to turnaround, M&A (mergers and acquisitions) and restructuring would be ideal for this environment, specifically the position that Eskom was in at that point in time,” Pamensky said.

However, Pamensky’s perceived sudden interest in joining Eskom coincided with two events that preceded his appointment as an Eskom board member. The first involved two separate meetings he had with brothers Atul and Tony Gupta. The second was his appointment as a director at Gupta-linked company Oakbay Resources and Energy on 25 October 2014.

Pamensky testified that his directorship at Oakbay came about after he had been approached by Atul Gupta, who explained to him that he was in the process of listing the company and its subsidiary Shiva Uranium – and they were in search of “independent non-executive directors” for their boards.

However, this was not his first encounter with a Gupta brother.

“Roughly in June, I met Mr Tony Gupta at his house in Saxonwold. [It was] just a general discussion; it was an introduction. He contacted me,” Pamensky said.

Probed about the purpose of that meeting by evidence leader Kate Hofmeyr, Pamensky said:

“He (Tony) said would you like to come over, have a cup of tea and have a discussion.”

Pamensky told the commission that prior to the tea request, he had never met Tony. Their first meeting turned out to be a general business discussion.

“Did he discuss TNA at all?”, Hofmeyr asked.

Pamensky replied: “Not at all.”

Pamensky ratifies a dodgy contract between Eskom and The New Age

Pamensky was further probed about the R43m that Eskom committed to The New Age business breakfasts in the third contract.

At the time, a review by audit firm Sizwe Ntsaluba Gobodo (SNG) had found the R43m contract to involve “reportable irregular expenditure”. The firm also found that then CEO of Eskom Collin Matjila had exceeded his authority when he signed the deal – the power utility’s sponsorship policy requires that contracts above R3m should be assessed and approved by the committee first.

Of particular interest to the commission relating to Pamensky’s perceived role in sealing the contract is a round-robin resolution instituted by Matjila and supported by Pamensky.

The first sponsorship contract Eskom entered into with The New Age was valued at R7.1m, with the second at R4m to cover four business breakfasts.

Pretorius’ testimony further revealed that the first contract was not evaluated against Eskom’s sponsorship policy, nor was it reviewed by the sponsorship committee.

The second contract, while it was disapproved of by the sponsorship committee, was “successful”.

The SNG audit report at the time recommended that Eskom commission a legal review of The New Age contracts.

Pamensky testified that by the time he became a board member at Eskom, he had no knowledge of the contracts between The New Age and Eskom.

In his affidavit, he recalls that he was first made aware on 3 February 2015 when he received a round-robin resolution – despite that there had been prior Eskom board meetings. Pamensky, however, told the commission that The New Age contracts were never discussed in those meetings up to the point of the resolution.

The legal review recommended that the Eskom board take a decision to either ratify the agreement or not to ratify – provided that if they did ratify, a plausible commercial value of the contract be determined.

Pamensky went on to ratify the contract, notwithstanding the fact that two reports – a forensic audit and a legal review – both found that the contract was irregular. Nor did he, seemingly, seek to determine the value of the contract in line with the recommendations in the legal review.

He says he relied, among other points, on Matjila’s representation to the board to explain why the contracts had value.

“I want your comment on the proposition that it was not reasonable to rely on Mr Matjila’s assessment of the value of this contract given all of this backdrop,” Hofmeyr said.

“I had no reason to disbelieve him. I felt his representations were comprehensive in the sense of explaining himself and I didn’t at that point have a reason to not to take it the face value he presented,” Pamensky replied.