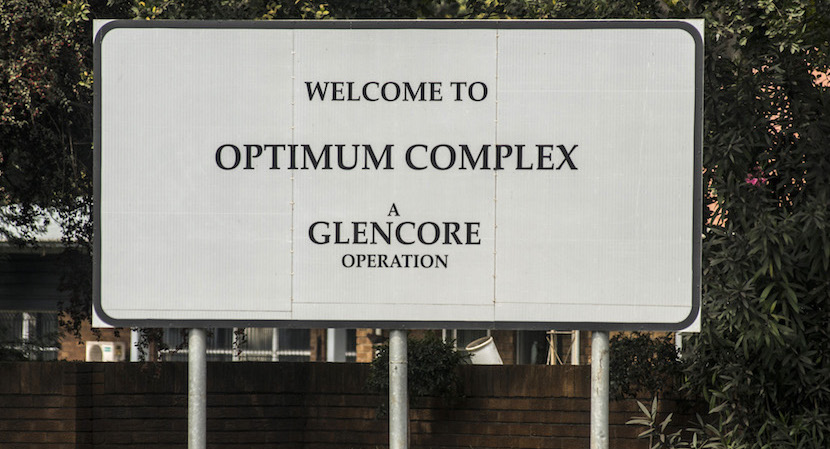 CAPE TOWN — Cynical government intervention in dealings between Eskom and its financially vulnerable coal supplier, Optimum, wore it down, making it ripe for the plucking by the Gupta’s Oakbay company, dramatic testimony by Glencore director and former CEO of Optimum Coal Holdings, Clinton Ephron reveals. The fierce tactical push back by Optimum against overwhelming odds was to prove ultimately futile as a fascinating time-line of events detailed below shows. The whittling down of Optimum by the Gupta’s pivotal government pals – all the usual suspects now household names in the State Capture probe, is a lesson in hostile take-over – in this case using the full might of State machinery. Offers were rejected, negotiated contracts over-ridden, mine inspectors deployed on farcical safety inspections that could shut operations down; Optimum was on a hiding to nothing. That it even managed to finalise a deal after being offered half the original Oakbay purchase price is testimony to the agility of its former executives and legal team. After punishing but spurious demands for payment, refusal to take coal supplies and/or pay for them, Eskom finally clinched the deal, promptly approving a R600m prepayment to the new Gupta-led owners. Game set and match. Story courtesy of the Daily Maverick. – Chris Bateman

Global commodities giant Glencore stood little chance of retaining Optimum Coal Mine once project State Capture triggered a full-blown assault designed to wrestle the mine out of its hands.

Glencore, pressured into selling a basket of assets to the Guptas in 2015, has for the first time publicly revealed the extent of a campaign that allegedly involved former mining minister Mosebenzi Zwane, former Eskom chairman Dr Ben Ngubane and executives Brian Molefe and Matshela Koko.

It also involved government mining inspectors sent out for weekend safety checks at the company’s mines in order to slap Glencore with Section 54 notices – ones that are so serious they shut down an entire mine.

Testifying before the State Capture commission on Wednesday, Glencore director and formerly CEO of Optimum Coal Holdings (OCH), Clinton Ephron, painted a picture of the seven-month campaign that ended in January 2016, when Glencore finally agreed to sell OCH to the Guptas for R2.15bn.

Former Optimum Coal mine CEO, Clinton Ephron provided details to the #StateCaptureInquiry earlier today of how the Glencore-owned mine suffered losses of up to R839-Million in 2013 in its coal sales to #Eskom. #NewsNight Courtesy #DStv403 pic.twitter.com/6XxTnaR2R9

The trigger for the onslaught appears to have been, on Molefe’s arrival at Eskom, his rejection of a negotiated, revised coal supply contract that had the backing of executives who had been involved in months of negotiations.

In May that year, Molefe blocked the deal, insisting the company continued to supply coal even though it had been negotiating with Eskom after it invoked a hardship clause because the coal price it was getting was no longer economically viable.

Ephron said the company sent a detailed letter to Molefe to explain the background and reasons for the negotiations and why it was unwise to suggest negotiations could only begin after December 2018, the date upon which Optimum’s contract to supply the Hendrina power station – the only purpose of Optimum’s business – was to expire.

Hendrina is wholly reliant on Optimum – the power station was designed based on the coal specifications, logistics and convenience of the location of this mine.

“We knew that it would be a huge problem if the mine did not continue after 2018. And, you don’t start negotiating on the 31st of December when coal supply stops the very next day,” Ephron said.

Selling the Optimum coal mine to the Guptas was "the lesser of two evils" after heavy pressure from the South African government, says former Glencore executive Clinton Ephron in testimony to state inquiry today

Today, not a lump of coal is being supplied by Optimum (after it was bought by the Guptas) to Eskom for Hendrina. The mine is in business rescue and does not have the funds to operate.

Ephron said the only other way in which Hendrina may be getting coal is via road transport, the cost of which is borne by Eskom.

He then testified to a series of events between May 2015 and December 2016 during which Optimum had tried to keep negotiations alive with Eskom, even after it had been forced into business rescue.

On 22 May 2015, Optimum wrote to Vusi Mboweni, then acting head of primary energy, and Molefe, in which the company detailed background to the negotiations and advised them that an Eskom executive committee had already approved the revised contract.

They warned Eskom that its change of heart was damaging to Optimum as an initial green light had convinced lenders and shareholders to extend its financial assistance.

By then Optimum had exhausted a R2.5bn facility, required R100m a month to operate in order to supply Eskom with coal, and its main shareholder, Glencore, had already pumped about R1bn into the company since 2014.

Without further shareholder support or the Eskom deal, Optimum would be forced into liquidation.

“It is clear that the only possible method of rescuing OCM is through an amendment of the Hendrina supply agreement.”

Optimum implored Eskom to review its position but the following timeline illustrates that it was rough, from the word go:

“Again we tried to discuss and see if there was a way forward.

“Once again, we got the same response. Eskom is not willing to negotiate.” The Eskom suits insisted Optimum fulfil its contractual obligations under the original contract as the revised deal was allegedly not in the interest of the parastatal.

“That was not our biggest problem. We knew we could defend this. The bigger problem was that the set-off process was that the mine would not be paid for any coal delivered after this letter.”

Now, in the middle of negotiations for the sale, a condition which Optimum had already set and communicated to Eskom and the Guptas is challenged by Koko. He allegedly told them that Eskom would not consent to the sale until Optimum included the full basket of assets. Eskom consent was a stipulation for the coal supply agreement dating back many years.

This, Ephron said, Section 54 notices been “a warning shot” to Glencore from the Department of Mineral Resources, a message to support the sale to the Guptas on their terms.

The year ended with an alleged call from Zwane’s office for a meeting with Glasenberg in Switzerland. Ephron said Glasenberg had relayed to him details of the 1 December 2015 meeting at the Dolder Grand Hotel in Zurich. It was attended by Zwane, Glasenberg and Gupta kingpin Salim Essa.

Zwane, he said, allegedly didn’t want to discuss with Glasenberg the Section 54 notices. Glasenberg then told the former minister that Glencore would take Optimum out of business rescue, but was open to a sale at the right price.

For the price negotiations, Ephron said he was called to a meeting with Glasenberg, Essa, Zwane and Tony Gupta at the same hotel the following day.

This meeting, Ephron testified, was opened by Zwane, who noted the importance of avoiding the liquidation of the company, the importance of retaining jobs and allegedly added that the best possible outcome was for Glencore to reach a deal with the Guptas.

Former Mineral Resources minister Mosebenzi Zwane once again implicated in testimony at the Commission of Inquiry into State Capture. Former Glencore CEO Clinton Ephron has confirmed that Zwane was in Switzerland, to negotiate for a 2.15 billion-rand sale of Optimum to the Guptas

Zwane then left, leaving the rest of them to thrash out the R2.15bn deal.

Ephron said Glencore eventually sold because it was satisfied with the price and because the transaction made commercial sense.

But about a week before payment was due, Essa called to say they were short of R600-million.

“He asked us to fund the shortfall and said they would get Eskom to make a prepayment.”

Another plan to raise the cash via a consortium of banks fell through and, voila, Eskom hurriedly stepped in to approve a R600m pre-payment for coal that the Guptas would now be supplying from Optimum Coal Mine following their successful acquisition. DM