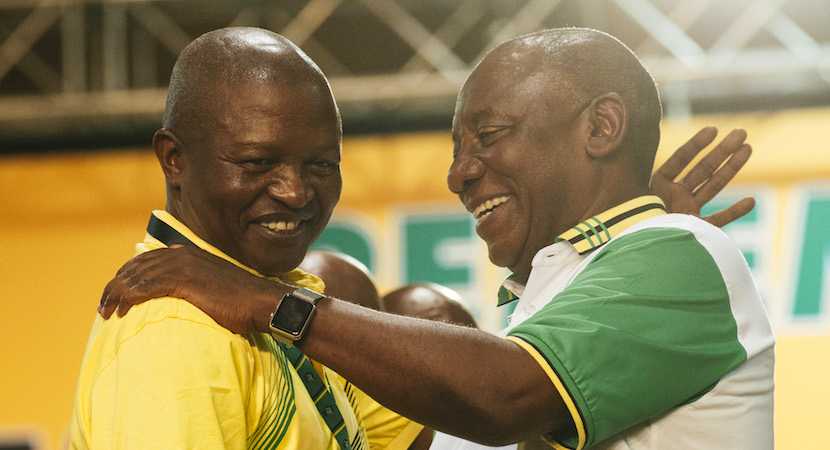 When you’re the president of a dynamic and volatile country like South Africa you keep your friends close and your enemies closer. Except perhaps, as this letter to President Cyril Ramaphosa alleges, when the enemy in your tent is tainted by corruption. Not just a vague temporary odour that an early airing will remove, but a pong that will linger for all to smell from late June to August this year. That’s when a R1.2bn civil suit against Deputy President DD Mabuza is set down for hearing in the North Gauteng High Court, including, inter alia, a R3.3m bribe he allegedly paid to a farmer in a purported fake lands claim scandal, one that collapsed commercial farming in the Badplaas district. NPA chief, Advocate Shamila Batohi, was notified in February after Hawks prosecutor, Patrick Nkuna, inexplicably dropped charges. Forensics expert, Judge Willem Heath reportedly estimates indirect costs of the land claims corruption at R25bn – in a province where unemployment is double the national rate of 27.6%. The Zondo Commission wants to hear from one of two farmers involved. The other is in witness protection. For jaw-dropping detail, read the report below. How long will Cyril endure the tainting odour of these claims against the now even more influential former Mpumalanga MEC for Agriculture and Premier? – Chris Bateman

Forensics for Justice have carried out an in-depth investigation, that leaves many unanswered questions. We have been calling for arrests in the land claims fraud case we opened in 2016 for a very long time. Our investigation, which included spending days on end waiting in queues at the Deeds Office in Pretoria and inspecting farms in Mpumalanga, shows that pretty much all the land restitution claims in Mpumalanga, under then MEC for Agriculture, David Mabuza and his friend and business associate Sonnyboy Maphanga were fake from the very get-go.

Local land-owner Fred Daniel has also accused Mabuza of being behind a malicious campaign to chase Mr Daniel and his family off their land in the Badplaas Valley region. Mr Daniel’s application to the Magistrates court in Carolina contains very chilling allegations, which Mabuza denies. Forensics for Justice are calling for a lifestyle audit on Mabuza, to ascertain the source of his untold wealth since becoming the premier of Mpumalanga.

Was Mabuza culpable of land claims fraud and intimidation of whistle-blowers? Here are the facts, read them for yourself and then decide.