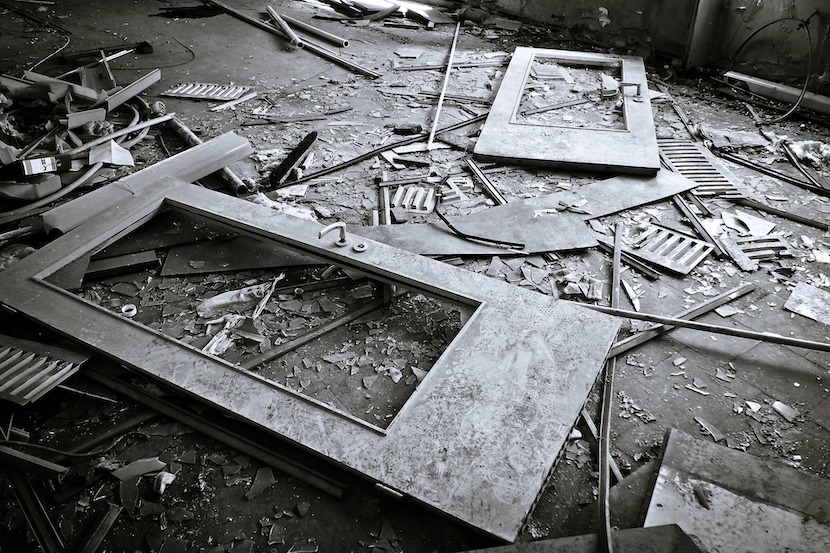 A tempus horribilis. From the 10-17th July, we witnessed the horrifying spectacle of arson, looting and destruction, the loss of human life and erosion of the remaining goodwill towards our country from foreign investors. We witnessed in all its glory, the full splendour of expropriation without compensation.

The television footage and the multitude of videos doing the rounds on social media were distressing. Few could have expected the speed and thoroughness of the destruction, and yet none of it should really come as a surprise. Studies have shown that historically there is a very high chance of civil unrest within 14 months of a pandemic, especially in poor countries which cannot afford the luxury of generous furlough schemes, as in the UK, or the $300 per week enhanced unemployment benefits granted in the US.

In true form, the government is already doing its level best to search for a scapegoat. There were supposedly dark forces at play, “spooks” who according to the Minister of Police Bheki Cele (Mr. Hat) have conspired to de-stabilise the country by inciting mass insurrection. There may be some ringleaders but if they really mean to change the political direction of the country why have they not come forward with a visible presence? It is fortunate that they have not, as this reduces the probability of escalation. Revolutions seldom take root without charismatic leadership.

If this had occurred in the UK or any other developed nation, the entire cabinet would have resigned. Not here. The government is looking for someone to blame. Rather than find a scapegoat, the government needs to take the complete blame. The government needs to finally own up to the failure of its economic policy. Perhaps the crisis of the past week is just the catalyst to make this possible. It might be wishful thinking but once the so-called perpetrators have been rounded up, the government might own up to the root of the problem, its failed policy. It might embark on deep reflection and reinvention.

The government is hamstrung by its ideology, keeping it on the ruinous path of maximum state intervention, BBBEE regulations and inflexible labour laws. These policies have created the perilous state of corruption, negligence, joblessness, poverty and helplessness which lit the flame of insurrection. It is a surprise that it has taken so long but it is almost a relief that the moment of reckoning has finally arrived.

While destructive the crisis also showed South Africa’s best side. When buildings were looted and destroyed, people from all races and backgrounds rallied together to protect property and begin the tidy-up, filling the gap of essential public sector services. Citizens showed courage and kindness, remarkable decency and restraint in defending property. The crisis has simultaneously shown the country’s very worst but also its very best aspects. True Ubuntu.

The moment of reckoning has arrived. The boiling frog experiment may finally be over. The week marks South Africa’s Ground Zero, a potential catalyst to end the failed economic policies of the past 27 years. The government now has the platform from which to embrace the private sector, reduce government interference, reject odious BBBEE regulations and inflexible labour laws. These are handbrakes on investment and employment. If BBBEE must be maintained, it should be simplified and implemented as an incentive rather than on a punitive basis. Disadvantage boils down to education alone, and this is where the government should focus its attention. With world class education and apprenticeships there would be no requirement for affirmative action.

Since the looting erupted, futurist and scenario planner, Clem Sunter, has increased the probability of the “Low Road” scenario for South Africa, in which the country descends into anarchy, from 30% to 50%. I disagree. Counter intuitively, the looting crisis may have reduced the probability of the Low Road scenario. The chance of effective structural reform and an abandonment of failed government economic policy must surely have increased following the past two weeks. Even a blind man would be able to spot the evidence of policy failure. If after the events of the past week, the government still refuses to admit culpability, then perhaps the following scenarios have increased in probability: A breakup of the ANC alliance and the emergence of a two-party state. This would also be positive for the country’s long-term outlook. As with a recovering addict, the first and most important step to recovery is an admission of addiction (failure). The time for our President to do the same has at long last arrived and for this we have the looters to thank. Mr. New Dawn, please refrain from placing the blame on Mr. Hat’s spooks. This time, take the blame fairly and squarely on the chin. See how the private citizenry has cleaned up your mess and take heed.

*Nick Downing is the CEO and CIO of Overberg Asset Management