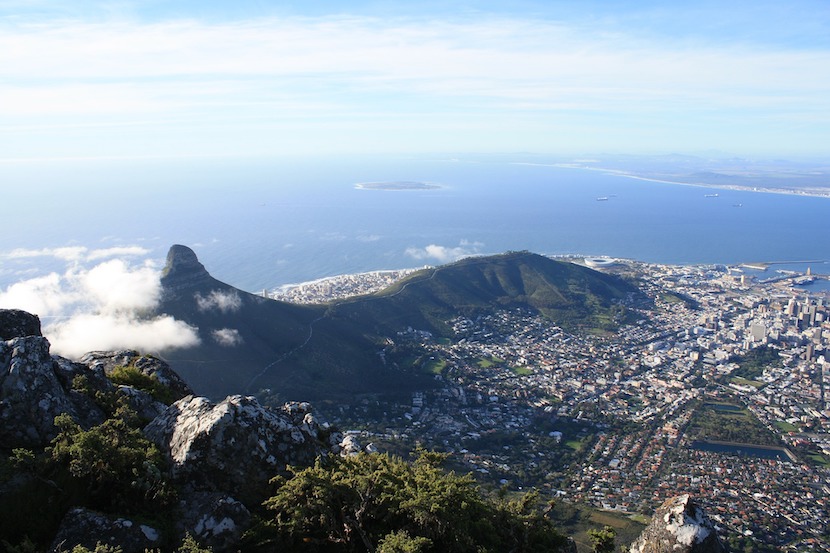 The United Liberty Alliance (ULA) is a Conservative Libertarian civil rights organisation that has focused on the self-determination of the oppressed minorities in Southern Africa for the past eight years. Hein Marx of the ULA joined Alec Hogg on the BizNews Power Hour to discuss their model and proposal for Cape secession and independence from the Republic of South Africa. According to Marx, although the ULA only needs one country to agree to its independence, it already has the support of more than one. – Claire Badenhorst

Hein Marx on what the United Liberty Alliance aims to achieve:

We don’t work for the independence of the Western Cape. We work for the independence of basically all the areas in South Africa where the minorities are actually the majority, which effectively includes the Western Cape, the whole of the Northern Cape and a part of the Eastern Cape. Or in the old terms, the old so-called Cape Province, but it also includes an area up of the western Free State and well, it used to also include the part going into the Transvaal, including Pretoria, where, again, the minorities are in the total majority. But we’ve basically left that – they called it the Trans Oranje area – but we were asked by the organisation up there, the Afrikaner Strategy Committee, to basically, you know, we work with them, but they deal with that part of it.

The reality is – and I don’t even want to go to Helen Zille because when Pieter Marais and myself had a meeting with her in her office and that was about, I think about five years ago, and we mentioned Article 235 of the Constitution that purely talks about self-determination, she wasn’t even aware of it. So now, five years later, I must believe her if she says it’s not possible. Then my question to Helen Zille is, Helen, you’ve already proved and we’ve got it on paper, where she then said, oh, she didn’t know about Article 235, she’s got to get legal people of the DA – one of the advocates – to look at it and he’ll write a report for her. Then she mailed that report to us. Wow, she didn’t realize it and now she says it’s not possible.

On why it is possible and legal according to the Constitution:

If you look at Article 235, that’s basically just a premise to say that in our Constitution it is specifically talked about, so it’s legal. But your question was, are we challenging the South African Constitution or international law and no, we’re not challenging anything. We are literally using and utilising the South African Constitution, and I can quote it, Article 231, 233, and to a much lesser extent, but also Article 235. The process that we are following is following international law on secession. So there’s absolutely nothing illegal that we are doing. We’ve got senior counsels. In fact, one QC is also involved and no, it’s not illegal at all. If it was illegal, I can guarantee you I wouldn’t have been talking to you here now, not after eight years in the public. It’s definitely not illegal, no.

On what would happen if the ANC changed the Constitution:

Put it this way. You know, I always say that arrogance is one of the most dangerous things in the world. Now, if you are that arrogant – and yes, I’m talking about the ANC government here – the arrogance of the ANC government is astounding because the more we give them the information that we are working on, the more arrogantly they ignore it. Your question is if they change the Constitution tomorrow, does it prohibit us from seceding? My answer to you is no, absolutely not, because an international legal process of which the South African government is a part, the documentation – and this is the so-called exhaustion of all internal remedies – is nothing else than a thick file of documents to and from the government. So if they want to change the Constitution, my first reaction to you would be – and that’s why I laughed – which articles are they going to change? Then on what basis would they like to change them? So the more they try and do these things, the more they play into our hands here doing the legal process.

On lobbying the support of other countries:

No, we don’t lobby any country but obviously we talk to a lot of countries because this is an extremely sensitive thing in terms of international politics for countries to support something, a group of people in one country while they are still working with that country. So my answer to you is, no, we’re not lobbying any country, but we have already got more than one country that will support it and that is the first time that I’m saying this now. It’ll go public. We do.

On where the ULA is in the secession process now:

We are at the stage where we need the will of the people or more effectively the mandate from the people to say, yes, we want to secede. Yes, we want to be not part of the circus anymore. Now, in terms of the amount of people that’s in the area that we have determined and then again, who is the people? The people are all the people that are legally in that area. It’s got nothing to do with race, but we’ve defined our so-called group of people in terms of international law on secession. They make it very clear, how do you define your group of people? We’ve determined in terms of the voting districts and the registered voters in those districts that we need 1.9-odd million people to make up the so-called 50% plus one, and we made it a round figure and we said two million. So once we’ve got two million votes, then we know we are past the 50% acceptable norm for having the so-called will of the people.

Now, I must be very honest with you. It is taking much longer and is much more difficult than we all thought to get it. But it’s also understandable because how do you get to, in our case, in the region of about 17 million people? It’s not that easy because it costs a lot of money. You know, if you really want to get to all the people and you’ve got to go to all the newspapers and to all the different TV stations, whatever, it costs money. But we are all just private people, individuals. To be part of the ULA doesn’t cost you money; if you want to donate, that’s fine, but we don’t force people to give one cent. So now we’ve got to get the mandate and this is where we are at the moment. We’ve got at the moment about 456,000 – and I must make that very clear – mandates of people in terms of international law that can be verified.