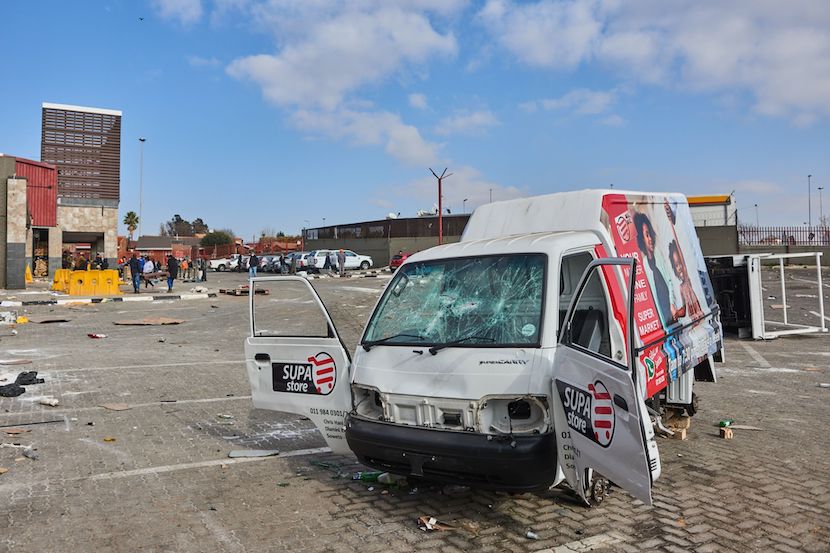 Gerhard Papenfus is the chief executive of the National Employers’ Association of South Africa (NEASA). Representing businesses of all sizes and in all industries, Papenfus says he thinks the organisation is “a good mirror of the economy,” with a mix of large, medium and small businesses. He joined BizNews founder Alec Hogg to discuss how the businesses which NEASA represents feel after SA’s month of shame. Papenfus also weighs in on how businesses are feeling in the wake of the looting and civil unrest. – Jarryd Neves

We represent business. Employers of all sizes and in all industries. I think we are a good mirror of the of the economy – there are a few big guys [who are] members of NEAS. Then it goes down to the medium sized businesses. They are the heart of the economy. There are micro businesses, too [Our members] employ about 300,000-400,000 people.

On how businesses feel after the civil unrest and rioting that gripped South Africa in July:

I think people are very resilient. [Many say] no, we’ll continue. They said they will fight on. I think is also has to do with the type of business. A small business owner – let’s say small is 10 employees – you’ve got nowhere to go. You can’t just pack up and go overseas. You’ve got to go back and make a living – rebuild and start afresh. I went to KZN and actually visited these people. I was in the shops and saw firsthand. I saw very discouraged people, but none said, “I’m out of this.” All of them said “we’ll do it again.”

On what he thinks of a BEE strike:

I think it’s actually a great idea, but to roll it out is the [issue]. If everybody does that, it will work immediately – but we will not co-operate as business. When you need food on the table, you make a plan and you do the thing, that in the long run, will bite you. Short-term gain is the thing that buys us a really hard in the long run.

I use the example of a gate motor. A guy says, “I want to manufacture in South Africa. I employ people and that is my that is my role. I’m loyal to my country, I employ people, pay them and pay taxes.” Your competitor says, “I’m sick and tired of this.” He flies to China, takes his motor and asks the Chinese, “will you make this motor for me?” A month later, the motor is done. Now he imports. All of a sudden, his factory becomes a warehouse and he sells it for a R1000 or R2000 below your price, which forces you to do the same. The right thing would have been to employ, but you will be out of business. So you [start] to import.

At the end, that decision causes social instability in the long run. It’s the wrong decision. But at the end of the month, what is the thing that put food on the table? BEE will destroy this place – cadre deployment and BEE is terrible. Those aren’t the only things, there are many.