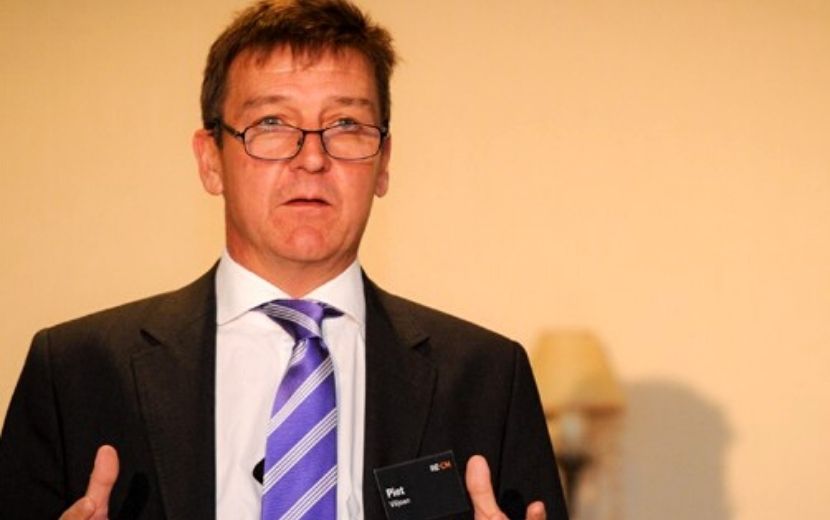 Counterpoint Value Fund manager Piet Viljoen joins BizNews founder Alec Hogg as co-host of the BizNews Power Hour to weigh in on a number of topics in the news. Viljoen shares GG Alcock’s sentiments on the SA unemployment rate and says that pharmaceutical companies should make money from producing vaccines, despite what many might say. “If they make money out of this, I think it’s a good thing. I’m all for people making money by solving problems for other people. I think that’s how the world should work and it should work that way more often,” he says. Viljoen also chats briefly about investing, Old Mutual, and Italtile’s positive results despite 18 months in a brutal Covid-19 pandemic. – Claire Badenhorst

I think GG is quite right when he says that unemployment is not 40%. I think unemployment is less; the economy is big. The only problem with it, of course, is it’s quite inefficient. Productivity in that part of the economy is quite low. So, you know, for good economic growth, you need not only a number of people employed increasing, but also their productivity increasing – that gives you good growth. I think the productivity in the Kasi economy is probably lower than it might be in the formal economy, but it exists. It’s there and it’s significant. So there’s no doubt about that. In terms of the beneficiaries, I think the lower-end retailers and wholesalers – like the Shoprites of the world, or the Pick n Pay, Boxer, those sort of guys – I think the wholesalers supply a lot of product into that market which then gets re-sold in the so-called Kasi economy. So I think those are big beneficiaries and you can see it in the numbers, with a growth rate exceeding economic growth rates. And I think it’s because of that countered part of the economy that they supply.

I think there are problems and one shouldn’t pretend as if there are no problems, but I do think the problem might not be as big as a 40% problem. But it’s still a significant problem that needs to be addressed and is not being addressed. So I don’t think one should negate the problem. There is definitely a problem despite this strong and thriving Kasi economy and despite whatever else is going on there, there is a problem and it needs to be addressed.

It’s true, I think what Magnus says is 100% true, the big investment institutions, if you want to call them that, are marketing machines and the best form of marketing is to give clients a sense of comfort, a sense of security. And the best way to do that is by making some sort of forecast or prognostication about the future and then the client feels that they are in good hands because you know what’s going to happen. The sad truth is nobody knows what’s going to happen in the markets. Nobody knows what’s going to happen in the world. Politics, markets, economies. Nobody knows anything about the future but the marketing people will tell you all about the future and people like that, and they have an affinity for that. Therefore, there’s a good marketing practice, if that is your practice, it is good marketing practice.

As always, in investing, it’s always caveat emptor – buyer beware. Be skeptical, be questioning at all times and don’t accept forecasts on face value.

On pharmaceutical companies raising their prices:

So, yes, I think it’s true, the pharmaceutical companies will make money out of this. I’m not sure they’ll make tons of money because I think up to now the price has been kept quite low to curry favour with governments worldwide, I guess. But they will have pricing power in future, as you’ve mentioned – they’re putting up prices now. But having said that, over time, the pharmaceutical companies spent a lot of money on R&D and they have come up with lots of really good medicines that have – and if you look at health stats, longevity, babies born healthy and those sort of things – human health has improved dramatically over the past hundred years and a great part of that improvement has come from the health or drug companies who have spent a lot of money to develop drugs with high efficacy. So if they make money out of this, I think it’s a good thing. I mean, these vaccines have been developed in record time. They’re not 100% effective, but they seem to be doing something positive. So I’m all for people making money by solving problems for other people. And the vaccine solves a problem for a lot of people, and you should make money out of that. I think that’s how the world should work and it should work that way more often.

The market is a pretty good discounter of what’s going to happen in the future. That’s why making predictions is such a poor use of one’s time to try and come up with predictions because the market is very smart. I mean, it’s hard to outpredict the market. Its collective wisdom has seen what’s happening with vaccines. It’s seen what drug companies are doing, how much they’re investing in that, and it’s priced that into it by and large. Where one makes money in investing is where you have a differential correct view based on underlying numbers and where sentiment has gotten out of hand either positively or negatively. And I don’t think that’s the case with the drug companies at this point time, so I think they’re pretty well priced. I don’t think they [are] priced to make outsized investment returns, but they are probably okay where they are. I don’t think it’s a huge opportunity there.

Many of the companies that I’m involved with went through a really, really tough time last year, starting with the lockdown in March, April. The management of those teams, the management and the employees and suppliers, everybody has gone through super tough times over the past 18 months and when you come up with results like Italtile has done today, which are fantastic, a fantastic set of results, I think it’s appropriate to be thankful for being on the other side of what had happened after the past 18 months and being in a healthy position after the past 18 months. Yes, I think it’s quite appropriate. And I know many management teams that feel exactly the same way.

That is how capitalism works. It is survival of the fittest. It’s what you do when times are good, which stands you in good stead when times turn tough and that’s generally the cycle. When things are going well, you know that the next thing is they’re probably going to go less well, and when things are going less well, you know that at a time, they’re probably going to go better to a certain degree. And I think one needs to prepare yourself for the tough times during the good times and the good companies like Italtile have historically done that very, very well.