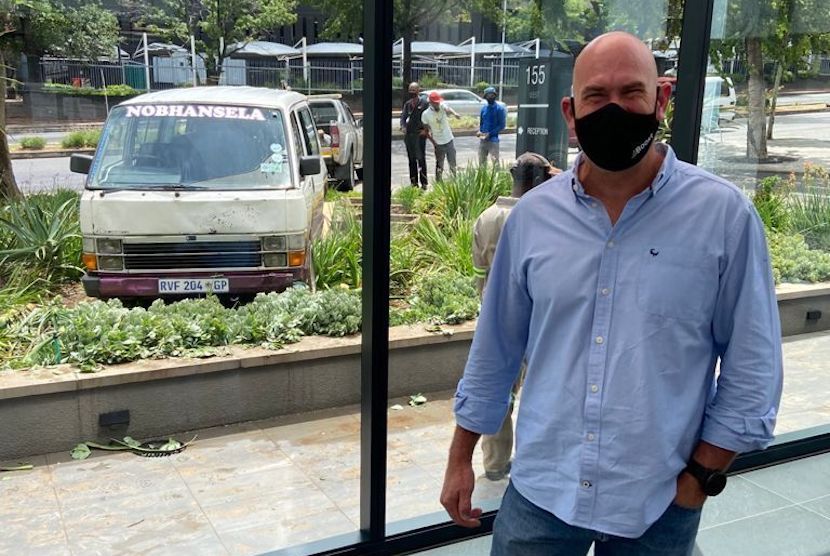 The recent civil unrest that rocked pockets of South Africa may have died down, but the real reason behind why it happened is still being debated. While certainly sparked by the arrest of former president Jacob Zuma, many believe that Zuma allies (former state security members) incited the violence – and there’s evidence to back this up, too. However, what drove numerous South African’s to loot, pillage and plunder? It’s no secret that the country deals with seriously highest unemployment rates, a poor education system and is one of the most unequal societies in the world. Below, author of ‘Kasinomic Revolution‘, GG Alcock, asks “is the cause of our unrest poverty and unemployment and inequality? Maybe, but I believe that the biggest issue is a culture of lawlessness. This lawlessness is epitomised by corruption without consequence or trial by the rich.” – Jarryd Neves

As I read the hand wringing commentary about the causes of the latest unrest being poverty, inequality, and unemployment, with solutions including Cyril’s suggestion of paying a paltry R350 monthly unemployment grant, I wonder how true this is. Is the cause of our unrest poverty and unemployment and inequality?  Maybe but I believe that the biggest issue is a culture of lawlessness.  This lawlessness is epitomised by corruption without consequence or trial by the rich, the jumping of red lights by taxis and actually us all at some stage or another, no number plates, bribing the metro with “cold drink”, driving home after a “few” drinks, petty theft with no consequence, smash and grabs at the robots with no action, just a big danger sign, hijackings with another hijacking hotspot sign.

That’s it isn’t it, people maybe frustrated by lockdown, thirsty for that drink, unemployed or just less money in their business, but that’s not why we saw what we saw unfold.  Its that we have a lawless society, let’s call it for what it is.  People in cars loading TV’s, bakkies with fridges and washing machines on the back, trolleys full of alcohol, we have seen the images, please don’t tell me that is unemployment and poverty, hunger and need!  In fact I will put it out there that I will bet that fewer poverty stricken people took to the streets and looted than well off people. Judging by their clothes and what they stole, probably a sure bet actually!

Let’s cut to the chase, we are a lawless society, all of us, rich and poor. We expect if we bribe a cop, or steal a cellphone, or jump a red robot, or steal PPE money, or get a rigged tender, from the most basic to the most sophisticated crime, we know we will get away with it, so we continue to do more unlawful behaviour.

And to add to it, let’s be real about real poverty, the kind which has no food on the table, where you live in a shack with no running water, where you shiver from cold at night.  That kind of real poverty, not the wish I had more type, is experienced by probably only 10% of our households.   Have a look at the 2019 general household survey, only around 12 % of our population live in informal dwellings (one measure of poverty), the rest live in formal dwellings. Most townships have become suburbs with a thriving and successful middle class.  I have written extensively about the massive informal economy which employs or generates incomes for millions, offset that against the “formal” employment figures and then unemployment is not at the ridiculous figures quoted, which ignore anyone who does not have a payslip.  Lots of studies point to this but walk through a Shoprite or Pep or mall in a township or rural area, take a drive through any township if you want confirmation.

In Hans Roslings amazing book Factfulness: Ten Reasons We’re Wrong About the World – and Why Things Are Better Than You Think, two key points relevant to this storyline are pertinent. The one is the fear instinct – in essence we pay more attention to scary things, and ignore those that are not as scary or I guess ignore the good news and focus on the bad news.  How many good stories have we on social media and the media shared, vs the horror stories?  How many images of community solidarity, residents’ associations recovering looted goods, people sharing and caring across racial and economic lines have we seen or shared?  How many stories of well-off people, the growth of the middle classes, the spread of infrastructure in townships and rural areas, the shrinking of real poverty, do we read about South Africa, vs the sob stories?

The next reason Rosling shares which is more important to me is the gap instinct to quote “Whenever there is a gap between one thing and another, from a data perspective, it is easy to fall into the temptation to focus on the two separate things, and lose sight of the fact that there are often more data points right in the middle, between the two. The gap instinct highlights that we generally focus on the extremes, e.g. in SA we are the most unequal country in the world because we have people who are the poorest and richest on the two extremes.  Rosling’s point is “most people fall between two extremes”.  We need to look at the total spectrum and compare that, so in SA, yes there are the poorest and the richest but what sits in between, a massive well off middle class and as a group they far outnumber the two extremes.  Let’s overcome the gap instinct and see the reality, we are better off as a society than the extremes tell us.

Let’s cut the sob stories and guilt-ridden wallowing and let’s look around us, we the majority of our society who are not dying of hunger and who have an income, formal or informal and let’s accept some hard truths about ourselves and the way forward.

First let’s use the principles of Factfullness, reject the gap and fear instincts and more realistically evaluate our levels of poverty, inequality, unemployment for what they realistically are.  Terms like inequality, unemployment, poverty and so on glibly fall off our lips and printed words and we writhe and wallow in the guilt of our privilege.  Our poverty, and inequality are not acceptable, but they are far less extreme than made out, in fact this is limited to a statistical minority of our population.  So the majority of South Africa are materially fine even if we may not be satisfied by the level they sit at.

Second right now let us accept that the unrest we have seen whether organised, spontaneous, led by shadowy elements or even sparked by hunger and unemployment was possible only because we live in a lawless society, where each person who took part knew they would get away with it. The looters gazed at the cameras, showed off, gave middle fingers, threw stones, taunted or ignored the cops among other acts that illustrate that they knew that there would be no consequence or accountability to their lawlessness.  Before we fix poverty, unemployment, economic growth, corruption et al, we need to address lawlessness. And like any alcoholic let’s accept that this is true and its our single biggest issue and that we need to address this issue at all levels first.  None of the others will be resolved while this culture of lawlessness looms over any economic or nation building issues.  Businesses, jobs, incomes etc will not grow or even start in the face of corruption, flouting of laws and crime.

Excuses and justifications using poverty and inequality give us reason to continue with our culture of lawlessness. Lawlessness is somehow justified by a narrative that says we deserve to loot and plunder cause we are poor or we can loot and plunder because we are not the only ones stealing.  Let’s call it for what it is and search for solutions to this.