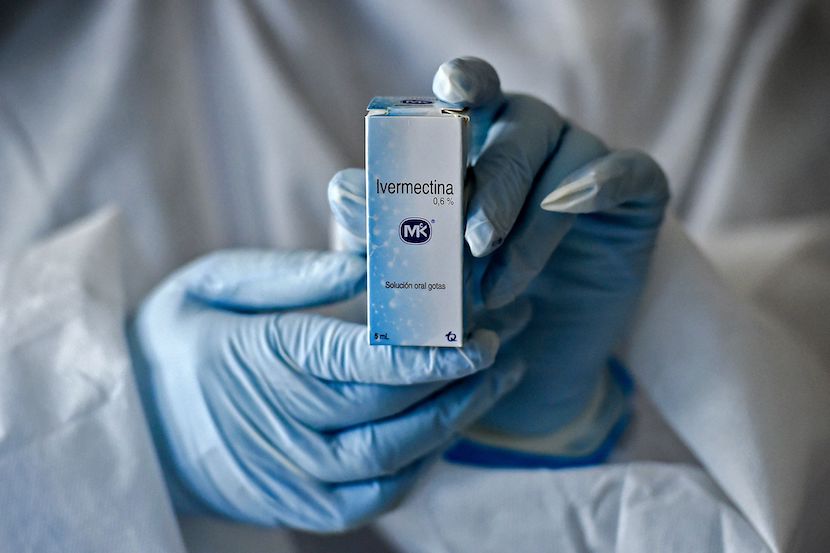 The war against Ivermectin

Covid-19 has given rise to raging ideological battles for no obvious reason. Science and critical thinking have been supplanted by jeers and insults.

There is now a demented war against a very safe, cheap drug that has been used successfully by over 300 million people for more than 30 years, and won the Nobel Prize for Medicine in 2015. Hysterical voices in our media scream and shout against it as a dangerous “horse de-wormer”. The drug is Ivermectin.

Here are the facts as best I know them. Covid-19, a respiratory viral disease, became known at the end of 2019. Evidence shows it might have been engineered in the Wuhan laboratory in China. Under President Trump in the USA, there was a big effort by drug companies to develop a vaccine against it. Towards the end of 2020, they had done just that. To get emergency authorisation for their use, the health authorities needed to know there were no alternative treatments. Ivermectin, developed by Merck in 1980, might well have been such an alternative. But it was now out of patent, and very cheap. The vaccines could make huge profits for the drug companies; Ivermectin could not. The vaccines were granted authorisation.

They seem to have done much more good than harm, although they have proved by far the most dangerous vaccines of the last thirty years, as can be seen in the USA Government’s Vaccination Adverse Event Reporting System (VAERS). The Covid-19 vaccine might kill you, as it killed the BBC presenter, Lisa Shaw, in May this year, but the chances are small. Much more likely it will save you from getting killed by the virus. The USA scientist, Dr Robert Malone, who developed the mRNA vaccine, has in his careful way expressed some doubts about the vaccines; he himself takes Ivermectin.

Diseases vary and so do vaccines. The vaccine against polio, which seems to give lifetime immunity in one shot, is different from the vaccine against Covid-19, which doesn’t. It is silly to pretend that all vaccines are equally safe and effective.

Without doubt, Ivermectin is safer than the Covid-19 vaccines. The question is about its effectiveness against the disease. It was first developed for use in animals but soon discovered to be highly effective against horrible human diseases such as River Blindness (Onchocerciasis) and Elephantiasis (Lymphatic Filariasis) in Africa. It was found to have anti-viral properties, including against Covid-19. Whereas the vaccines use a specific protein against a specific virus, Ivermectin seems to have a general effect in strengthening the body’s defences against a wide range of diseases. Large meta-studies (collections of studies) around the world show it to be considerably effective in preventing and treating Covid-19. It has been used successfully in large scale in India and South America. Our Dr George Coetzee, a physician experienced in Covid-19, writes:

Extensive study shows Ivermectin can reduce the risk of getting Covid-19 by 92.5%. This is based on seven controlled trials conducted on thousands of healthcare workers and family contacts. Six were prospective trials, not retrospective studies like those criticised by opponents of other preventative treatments. And three were also randomised, meeting anyone’s standard for a credible study.

But look at what the mainstream media have to say about Ivermectin! Rolling Stone magazine at the beginning of the month carried this sensational headline: “Gunshot victims left waiting as horse dewormer overdoses overwhelm Oklahoma hospitals, doctor says”. The idea was that the hospital was overrun with stupid people who had been taking too much Ivermectin. The story was a complete lie from beginning to end, 100% fake news. But this did not stop The Guardian from repeating it. According to our media, Ivermectin is a dangerous veterinary drug only taken by crackpots. Merck itself, which developed the drug and praised it heavily for thirty years, has now changed its mind, without giving good reason. Why the hysteria against Ivermectin?

The obvious conspiracy reason is that “Big Pharma” can make a fortune through the vaccines but not through Ivermectin. That probably explains Merck’s change of mind. It doesn’t explain the behaviour of the woke media establishment. The Guardian is seldom the champion of huge profits by “Big Pharma”. On the contrary, it could condemn “the obscene profits” capitalist drug companies make from human suffering. It seems that, somehow or another, the vaccines have become associated with the “progressive” or “left-wing” elite, and Ivermectin with the vulgar or “right-wing” rabble. The right likes a cheap drug that has saved millions of poor black people; the left regards it with derision and wants expensive vaccines developed under Donald Trump. Rather odd, but that’s the way it goes.

I have nothing against the drug companies making fat profits provided they do so in a free market. If they did so with a cure for dementia or Parkinson’s Disease, I’d be delighted. I think the Covid-19 vaccines are beneficial but don’t think they should be compulsory. I’d probably take one myself if I hadn’t been annoyed by all the disinformation. So, for prevention I take Ivermectin – despite the look of horror from my pharmacist when I show her the prescription.