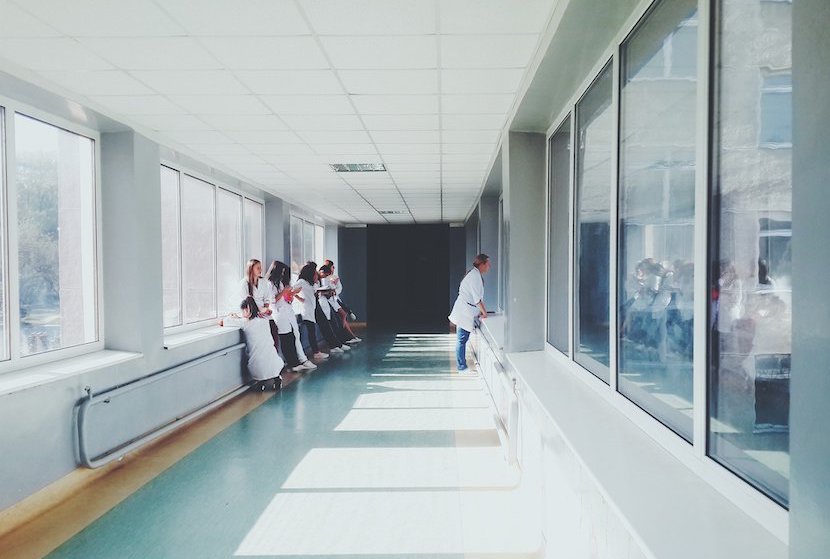 Dr Caroline Lee, a Gauteng anaesthetist, joined healthcare journalist Chris Bateman of BizNews to discuss burnout and the mental health issues faced by healthcare workers in South Africa. Dr Lee is the co-founder of the Healthcare Workers Care Network, an eight-year-old burnout and mental distress support group for medical professionals. She says that there was a great need for an organisation like this even before Covid hit, but the pandemic has aggravated the situation immensely because workers are exhausted and constantly exposed to death. “When you’re feeling more tired or it’s just too much – sometimes you see two patients, three patients in the same ICU dying at the same time, or somebody that you’ve really made an effort for, or somebody [who’s family you’ve met] and you don’t want them to die, for example – those ones trigger an overflow and all of a sudden [you] just break down,” she explains. As medical professionals are already mentally, emotionally, and physically exhausted, Dr Lee says they feel like giving up when they hear anti-vaccine arguments. “The healthcare workers that experience a lot of heartbreak, a lot of despair, were like, no, we need to give up now. We’ve been working so hard and this is what you give us. You know, after all we’ve done and after all the work with trying to save lives, what are you doing? Why are you causing more death, more suffering?” Her advice is to ask anti-vaxxers what they’re afraid of. – Claire Badenhorst

Dr Caroline Lee on the kind of pressures that healthcare professionals face:

We’ve known for a long time that there is burnout in healthcare and there have been lots of studies from overseas and South Africa that showed that burnout is quite severe, especially in the anaesthesia field because we’ve been suffering from suicides from our colleagues, which is much higher than the general population. The reason why, I think, [is] firstly, we are expected to be 100% perfect all the time, but we work such long hours. So not only do we have pressures at work where you are expected to be giving 100% attention, 100% caring, 100% perfection, really, all the time – but when you go home, then you’re going to have to play many roles, including that of parent, that of spouse, that of child. So it’s not just the long hours that you have at work, but just maintaining that work-life balance in itself is hard.

On how Covid made everything more stressful in hospitals:

Well, firstly, anaethesia itself, you know, as some people say, it’s like 99% boredom and 1% stress, intense stress, because usually if you do the anaethesia well, you just have to do the observation and the runaround and making sure everything’s okay. Come Covid and surgeries are not allowed to happen, so we ended up helping with ICU. So during Covid, especially during the waves, there are no elective surgeries. There are just no beds to fit the patients in to have elective surgery. During the first wave, I think there were three, four months where we were not allowed to work at all. At the beginning, it was reasonably quiet. So the anaesthetists were worrying about getting infected when they do see patients, but more worrying about [their] financial situation in that we have no income and we don’t know when will be the next time we will be able to work again. So it was a major financial stress. I don’t think people realise that doctors- not just anaesthetists, surgeons as well, all the surgeons and even GPs, anybody- ophthalmologists – can you imagine? Nobody wants to go and see an ophthalmologist during Covid. So a lot of the doctors actually have no income for that time.

Then when the second wave happened, suddenly the hospitals were inundated with patients and ICUs were very full. I remember our hospital went from having so few patients to basically converting wards to ICUs. We had, I think, about 11 ICUs open for Covid, plus all the other wards. I mean, the whole hospital was filled with Covid patients and our work as anaesthetists would be to help the ICU team to intubate and that’s one of the most dangerous jobs. I think at that time, a lot of anaesthetists [were] terrified of contracting Covid because, I mean, we’re doing one of the most dangerous things you can do with a Covid patient, and it’s just to put a tube down their throat while they [are] basically coughing in your face. So it was terrifying. We knew from the beginning that it was an aerosol thing and how important it was to mask but the public didn’t know and they didn’t realise how important that was.

On the Healthcare Workers Care Network and how it began:

Because of the burnout and the worsening burnout among the doctors and healthcare workers, we were talking about it before Covid even started. We wanted to start something to just be the support system for doctors because they had nowhere to go to, and they would rather speak to doctors who understand what they are going through than anybody else because firstly, it’s your reputation at stake, secondly, people don’t understand the stresses you go through. I mean, really, ‘buck yourself up’, you know, ‘buckle up and just do the work’ kind-of-story. But we understand.

So we were trying to form a network of doctors that are prepared to support other doctors at that moment in time. Then when Covid happened, we just accelerated the process and we got into collaboration with the psychiatrist and the psychologist societies and we went into collaboration with SADAC (South African Depression Anxiety Group) as well with 500 volunteers from the psychiatrists and psychologists, mental health practitioners who are all volunteers, and they volunteered their time for this, and because of everybody being locked down and nobody was working, it was quite easy to get people to say, look, we might as well do something and help others.

On how Covid affected the volume of calls received:

The biggest surge was right at the beginning and the main cause at that time was more fear and anxiety. Everybody wanted to know about ‘if I was exposed’, ‘if I met somebody that’s got Covid’, ‘what if I don’t have enough PPE?’ and that type of thing. It was a lot of fear among the healthcare workers at the beginning. Then it calmed down and then the second wave happened and people [were] starting to get exhausted, getting stressed out, working long hours, seeing the deaths. So we [were] getting more mental health-related issues rather than asking about clinical information about Covid and infection.

On coping with being surrounded by death:

I think we just basically suffer in silence – we push it to the back of our minds because, I mean, if you allow yourself to feel it, you actually can’t go on working – until it overruns. So from time to time, when you’re feeling more tired or it’s just too much – sometimes you see two patients, three patients in the same ICU dying at the same time, or somebody that you’ve really made an effort for, or somebody [who’s family you’ve met] and you don’t want them to die, for example – those ones somehow trigger an overflow and all of a sudden [you] just break down.

Most people then blunt their emotions, and I try not to do that because then you lose your empathy. I actually cry with the family. I find it comforts them; it comforts me, and we just cry together. I cry with the nurses. We also do group hugs and we cry together and it does help us. I think letting it out rather than pushing it to the back of our minds [is better]. So [during] the second wave, we push[ed] it to the back of our minds – it didn’t work. We were getting worse and worse. {During] the third wave, we learned rather let it out and we talk about it, we share it, and we cry together and it helped.

On how the anti-vaccine movement affects healthcare workers:

What becomes a problem is when we see on social media, or we speak to patients, or we speak to people, and the strong anti-vaccine movements somehow make us – who have seen so much death, seen so much suffering, seen so much unnecessary death, even – it makes us more exhausted. It almost breaks our hearts seeing that and a lot of the healthcare workers became very angry during this time because it’s like, why are you doing this? Because you are actually killing people. You’re killing people by telling people not to vaccinate. Do you realise what you’re doing? You know, and that’s what we want to tell the general public but the public doesn’t want to listen to us. The healthcare workers that experience a lot of heartbreak, a lot of despair, were like, no, we need to give up now. I mean, you know, we try so hard. We’ve been working so hard and this is what you give us. This is what you put us through. I mean, really. I saw a lot of despair and desperation among the healthcare workers. You know, after all that we’ve done and after all the work with trying to save lives, what are you doing? Why are you causing more death, more suffering?

On how we should be dealing with people who don’t want the vaccine:

I think throwing more information at them is not going to help because that’s not what they need. What they need is to answer what are they scared about? What is it about the vaccine that- or what are they afraid of? What do they need from us to make them feel safe? Because obviously, they’re not feeling safe. That’s why they’re pushing back. So what is it that they’re scared of? I think that’s what we need to do. We need to get to the root of their fear. All that information is just flowing over their heads. They’re not really registering that, you know. That’s what we need to do and that’s not what we are doing. We’re just giving them more and more information; we’re basically shouting information at each other or quoting different sources and that’s not helping.