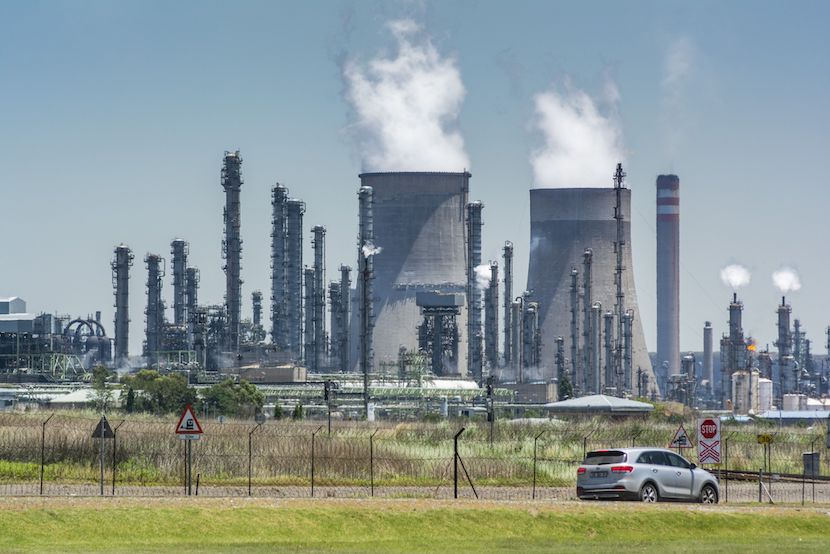 Aeon Investment Management Chief Investment Officer, Asief Mohamed, joined Justin Rowe-Roberts of BizNews to discuss the climate lobbying resolution that was recently rejected by Sasol’s board. On 14 September, non-profit shareholder activism organisation Just Share and Aeon Investment Management co-filed a non-binding, advisory shareholder resolution at Sasol Limited for tabling at its November AGM. According to Just Share, the resolution asks Sasol “to improve and expand its disclosure of its direct and indirect climate lobbying, including disclosing the annual membership fees paid to industry associations that are involved in climate lobbying activities”. Mohamed says that when it comes to climate risk and environmental, social and corporate governance (ESG), shareholders simply need more transparency. – Claire Badenhorst

Asief Mohamed on the resolution and possible reasons for Sasol rejecting it:

As you know, climate risk is a serious risk for the planet. It impacts food security in a big way. It also increases inequality because of the risks to the climate, so there are a lot of risks [in the] long term if we don’t sort out our carbon emissions. So the background to it is that about three or so years ago, probably three or four years ago, Just Share filed a resolution and that resolution, if I recall correctly, was also rejected. Not a lobbying resolution, a climate disclosure resolution. Subsequent to that, a couple of shareholders, including ourselves with some big other shareholders, also filed a resolution – climate disclosure – and they also rejected that. We met with them and they committed to actually meet with us, and then filing a climate disclosure resolution themselves. So at the moment we are in discussions with them, we are meeting in the next couple of weeks or days with them on it. But before then, we decided what we need to do is also file this lobbying resolution.

The reason why that’s important is because, globally, you find that businesses generally tend to lobby government policymakers to delay, let’s say, the introduction of carbon tax, and that’s a classic point in South Africa. For years, we’ve been discussing carbon taxes and they’ve introduced it now but there’s such a lot of exemptions which the industry has gotten, and it’s not just Sasol. It’s a number of other companies also that do that and what we’re saying is, let’s be transparent about it. Who are you paying all these fees to to actually delay and kick the can down the road in terms of implementing carbon taxes and and also to move to a just transition?

So, as you know, in the capital markets they’ve just recently announced their new targets – 30% reduction to 2030 and 0% to 2050. You know, we welcome that, but you can see again, had we not as shareholders – not just us but Just Share also – not put on pressure, we would not have had this situation. You know, [we’re] also sitting with untenable positions where, you know, their recently ex-employee was sitting on the presidential commission on environmental issues – you know, how to reduce carbon emissions – so you can see the inherent conflict of interest of a lot of these things. And as I mentioned to you, it’s not just Sasol. It’s a lot of other companies. And it’s also to do with law, policymakers, regulation, legislation. It happens in America. It happens all over. In America, they’ve got disclosed lobbying. All we are asking for is similar disclosure here. Voluntary disclosure and a non-binding resolution.

On the importance of ESG for Aeon:

When it comes to ESG, in the case of Steinhoff, we weren’t investing in it at all for 15 or so years, even today, on behalf of our clients, and part of the reason was the governance issue was a trust issue. We got a lot of pressure along the way because the share price performed and did really, really well. And in December 2017, the share price blew up, not just because of the G-element, the trust element, but because, you know, low tax rate, various other things that was well telegraphed in the newspapers subsequent to that. That helped us and it contributed to our performance and similarly, we think in the case of Sasol. Good business is good profits. So we think long term.

I think Sasol has also realised – it and other companies – that that’s the way to go. I mean, there was a chairman of a leading retailer. I asked him four years ago, you know, what are you doing to increase your supply base, to reduce your cost of goods procured? He says, no, go and speak to my sister there, you know, she does the CSI stuff. And now when he does a presentation, ESG is his first slide. So we believe [in the] long term, it adds value to shareholders. It adds profits to the company. In the case of Sasol, I’m sure if they achieve it and they’re sincere about it, they will do the same and get their return on invested capital. While at the same time, you lose jobs, but you hopefully retrain the workers into much more productive areas and hopefully generate a lot more profits by doing that.

On Sasol’s targets of improving emissions being a pipe dream/tick-box exercise:

I could say the same comment about a lot of companies – they [are] basically doing that. So what tends to happen is they tend to now focus on this and say, okay, what can we do to actually achieve those targets? It might be a pipe dream, but at least if they achieve – and I’m not condoning this at all – if they achieve at least 30% of their target or 50% of their targets, it’s some sort of improvement. It’s some sort of progress and that’s the approach we take. We rather encourage them to do better than this 2030 and 2050 targets. The one concern we have is that the management – who is basically more or less my age, and the same applies to me – is that in 10 or 20 years time, we won’t be around, so who’s going to hold us to account? That’s the next issue about accountability. That’s why it’s so important for the lobbying resolution to be accepted, and in fact, the board has no justification for declining the lobbying resolution at all. They should actually have just put it forward and let their shareholders decide, in fact, it’s a non-binding resolution.

I agree with you – it’s a lot of tick-box approach and people kind of, they manage the measurement and all of those things. It’s doesn’t just happen in the environmental space, but [it] also happens in the social space, in the transformation space, where you effectively buy points or you buy credits. Yes. I mean, I’m the first to admit that that’s the case. In the case of Amazon, they are also aware of their emission reduction obligations and what will happen with pressure from shareholders, pressure from society at large, you’ll find that they’ll develop technology. And Amazon has been very good at developing technology to reduce emissions or to reduce any other risks that they might face going forward.

They also suffer from poor capital budgeting and capital allocation. Many, many years ago, when they put up the synfuels price, they went way, way over budget – I can’t recall the exact multiples. That is the problem with Sasol – unfortunately, it sits with that perception of poor capital allocation and there’s another example of where they’ve actually spent well over budget. So I don’t know whether it’s just with engineers or whether it’s just Sasol where they kind of put in plans and they overshoot it.

I did ask them at the last AGM, aren’t you going to regret selling 50% of Lake Charles, which they are now surely regretting – they should have just had a small rights issue, tied them over. The oil prices are high now, as you know, so they’re going to generate significant profits going forward – not because of management being any better. I mean, they don’t have control of the oil price. And the other thing that we’re going to raise with them is the question of the incentive awards – now they’re going to get a lot of incentive awards just because the oil price went up. But they had absolutely no control.

What they should be measured on is their ability to manage costs and to manage it efficiently and effectively, bringing down unit costs, a much better, longer term capital allocation. The reward schemes should be at least long term. It should be running for 10 years, not for the typical three years that you see in the South African market. In fact, most share schemes should be expanded to at least five to 10 years.