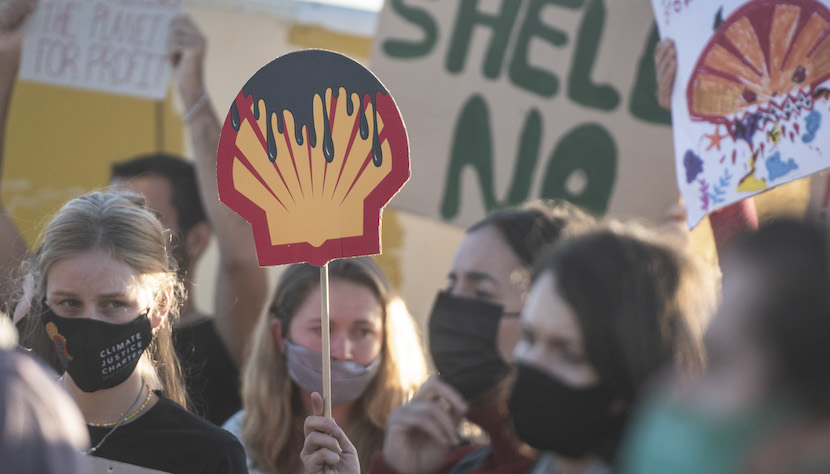 I must declare my interest in contextualising this story. The author, Ian Cox, is a fly-fisherman, as am I, and has proved pivotal in providing a reasoned legal voice on why South Africa’s multi million-rand recreational trout fishing industry should not be destroyed on an environmental harm premise. Trout is not an indigenous species but there’s probably more scientific evidence of its threat to the redfin minnow than there is of harm caused by Shell’s scary blasting off the Wild Coast. Which is his entire point here. Courts deliver judgements based on verifiable evidence and none was produced. There is probably more chance of evidence of harm on land to the coastal communities now bringing the second interdict, (perhaps using concrete examples of Shell’s impact on communities in the Niger Delta and elsewhere). Basic law says you have to prove a case on evidence, not rhetoric and strongly held views. Losing such a case is perhaps worse than a slap in the face with a wet, alien fish. This article was first published on The Daily Friend. – Chris Bateman

The recent judgment refusing an interdict against Shell’s exploration 20 to 80km off the Wild Coast is interesting because the decision was based on the science – or, more correctly, the lack of science.

Just shy of two dozen of South Africa’s leading marine scientists and environmental academics wrote an open letter to President Cyril Ramaphosa on 2 December 2021 telling him that they think that Shell’s prospecting off the Wild Coast is dangerous.

The Applicants’ founding affidavit that supported the application for an interdict that was filed in court on 29 November referred to expert opinion-based testimony that the survey would cause lasting irreversible harm to marine life in the region.

Shell’s response was short and to the point. Its heads of argument open with this salvo “There have been approximately 35 3-D seismic surveys conducted in South Africa, 11 of which have been in the last five years. There is no evidence that any of them has caused any harm.” This had to be seen in the context of the approximately 325 seismic surveys conducted globally during 2020, without evidence of death or irreversible harm to marine life.

And as it turned out the Applicant’s expert Dr Tess Gridley said much the same thing. According to the judgement she told the court that while seismic testing can have serious effects on individual organisms, species, or even ecosystems, there is no evidence that this will be so in the case of a properly mitigated seismic survey.

And this is what sunk the Applicants’ case. The court ruled that the applicants’ allegations of harm were speculative as best.

In short, the Applicants rushed into court without having a case. This may explain why the court ordered them to pay the costs of the application despite their claim that the application was brought, at least in part, in the public interest.

This is not the only application before the court. A group of communities along the Wild Coast have brought another application for an interdict averring that the harm lies in the fact that their traditional fishing rights have not been properly respected. Papers are still being filed in that matter so it’s best not to speculate on its outcome. However, I will say that the argument that the traditional rights of communities living on the Wild Coast extend 20km offshore and beyond is a novel one. Time and the courts will produce an outcome on that argument.

The important takeaway from all of this is that litigants, and the public should be careful to distinguish between scientific opinion and scientific facts. This is both because knowledge discovery in science is by nature speculative and because courts insist that expert opinion speaks to proven facts.

Scientists can and do have strongly held opinions on a variety of issues but the fact that they hold such opinions, or that many of them may share the same opinion, does not elevate the opinion to a scientifically proven fact. So, while some two dozen South African scientists believe that Shell’s prospecting off the Wild Coast is ecologically destructive, they cannot prove it. It is much easier to argue that the evidence points the other way.

But sadly, this does not stop scientists from expressing their opinions as if they are facts or the press and various advocacy groups presenting an expression of scientific opinion as they are scientific facts. The campaign to stop Shell is a case in point. Everything short of the kitchen sink is being thrown at Shell to halt the process. It’s got very nasty and if social media is anything to go by, science is being abused to advance other agendas.

The sad thing is that the rational centre is being drowned out by all the noise. No one is listening to questions about the balancing of the real harm against the real benefits if the exploration is successful. Reason has flown out the window ostensibly in the name of science.

Instead, we see a well-resourced machine feeding into prejudices and encouraging outrage. And paradoxically while big business, in this case, Shell, is the target, the business of protest has itself become a huge multinational multibillion-dollar business.

Thankfully as this judgment shows, we can still rely on our courts to decide cases on proven facts rather than a conspectus of the opinion of the mob. Long may this remain so.