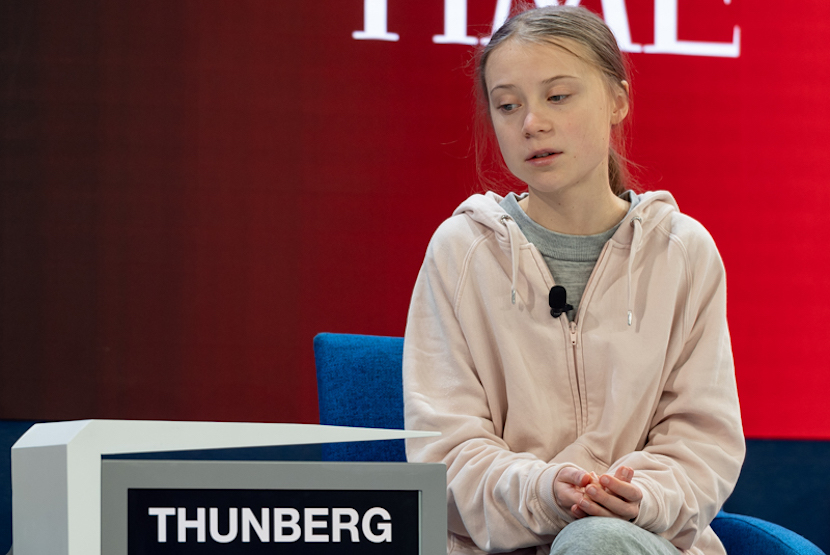 Climate change activist Greta Thunberg is only 17 years old, but she commands respect and when she says global business is all talk but no action on climate change, it is bound to force some executives in the packed room in Davos to reconsider their response to demands to stop carbon dioxide and other greenhouse gas emissions. And she and her fellow young activists were serious when they told WEF delegates that they won’t stop pushing for change. – Editor

(Bloomberg) – Greta Thunberg brought a stark message to the business elite gathering in Davos: Everybody is talking about climate change, but nobody is doing anything.

Her appearance at the opening of the World Economic Forum was a striking sign that the debate about how to stop the Earth warming has become mainstream in business circles. Yet only a handful of executives from the oil, gas and coal industries that are chiefly responsible for warming the planet were seen attending the panel at which Thunberg spoke on Tuesday.

“The climate and environment is a hot topic right now, thanks to young people pushing,” 17-year-old Thunberg said at the Swiss ski resort, where about 3,000 business and political leaders gather each year. “Pretty much nothing has been done, since the global emissions of CO2 have not reduced.”

The Swedish activist’s words came as the World Economic Forum sounds alarm bells on climate change. This year and for the first time on record, environmental risks occupy the group’s top five long-term concerns, while corporate executives say they’re increasingly concerned about environmental issues. But young activists at Davos said none of this is enough.

Thunberg is giving relevance to the Davos gathering, which for years has suffered from criticism that it was largely a billionaires’ playground where the rich debated among themselves without hearing outside voices. On Tuesday, there was a full room at this first 8:30am panel featuring young activists – something relatively unusual for a climate change event at Davos. 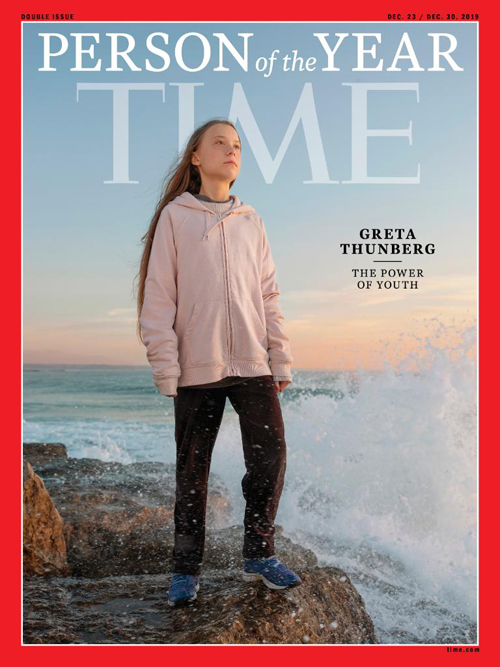 Several executives had to stand at the back of the room, prompting the organisers to bring in more chairs. The debate on climate change is forcing executives from all kinds of sectors to respond to demands to stop carbon dioxide and other greenhouse gas emissions.

Hundreds of climate activists are due to arrive at Davos on foot on Tuesday following a three-day march across the Swiss Alps. Protesters will gather at the ski resort and stage a demonstration calling for the end of the World Economic Forum. Companies attending Davos for the past five decades bear a great responsibility for today’s climate crisis, activists say.

“We are tired of empty promises. But we have hopes,” said Puerto Rican activist Salvador Gomez-Colon. “We’re not waiting years to see the change that we want to see.”

Thunberg urged businesses, governments and the media to listen to scientists. She cited research by the Intergovernmental Panel on Climate Change from 2018 that concluded that the carbon budget – the amount that can be released while still keeping global warming limited to a specific level – stands at 340 gigatons of carbon dioxide and that, at current emission levels it will be gone in less than eight years.

“Since last summer I have been repeating these numbers over and over again in every speech,” she said. “I know you don’t want to talk about this. I assure you I will continue to repeat these numbers until you do.”