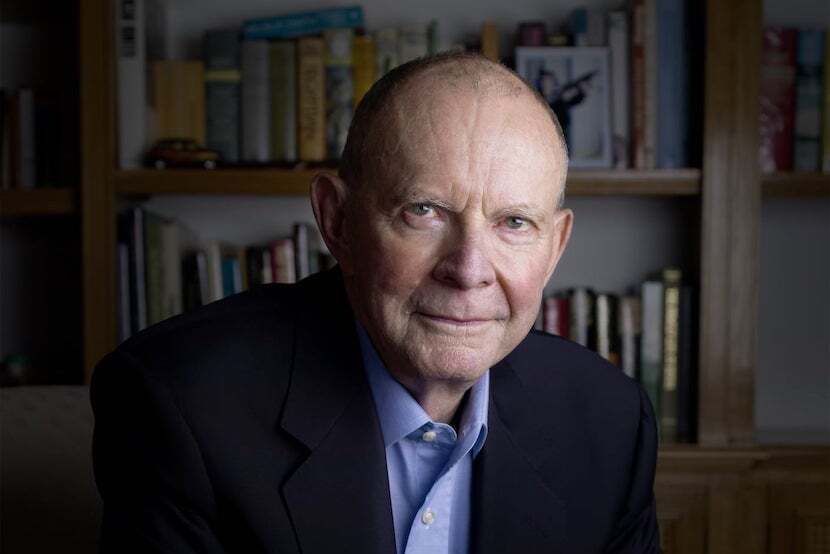 Firing up the imagination of impressionable youngsters who become lifelong fans is just one of the things recently deceased Wilbur Smith, 88, had in common with fellow novelist and Capetonian, Deon Meyer. The latter has now narrowly outstripped Smith in sales. Both have fictional protagonists whose thrilling interactions with global villains, set against the magnificent, rugged wildlife backdrop of Southern Africa, have captured the world’s attention. Both authors had tumultuous love lives, Smith outdoing Meyer in the rancour department. What fascinates Simon Lincoln reader though is how relatively free-thinking and politically ‘incorrect’ Smith was, compared to the woke supporters of the proletariat he’s so fond of provoking. Wherever people congregate and live like ants, he theorises, weird whims and fashions sweep through the nest, usurping imagination and independent thought; in humanity’s case, not always for the common good. A philosophical, satirical tribute to Smith, this is a fun read. – Chris Bateman

How long before Wilbur Smith is cancelled?

Happily Wilbur Smith has already been remembered fondly by one of the three remaining credible UK prestige media titles – but these things are skirmishes in a wider war. It won’t be long before we hear the screeching of a Birkenstock-ed gender studies professor down a corridor at UCT: “rrrEEEEEEEeeeeeEEEE!!!! Sean Courtney, one of Wilbur Smith’s characters, frequently called women’s breasts ‘melons’ so, um, toxic masculinity!!!” (hahaha mad cow – in ‘The Sound of Thunder’ Courtney seduces an Afrikaans farmer’s wife who hasn’t shaved under her arms, therefore, progressive icon actually).

Smith was, without doubt, the greatest storyteller of my age. Translated into dozens of languages, his books have sold over 140m copies. As to his writing style, Smith deserves a place not only amongst the greats, e.g James Michener, Frederick Forsythe, Ian Fleming, but arguably next to the greatest – Michael Crichton – a man who would have challenged today’s groupthink, in particular last week’s farcical climate conference, with icy, brutal facts. Was there genuine antipathy toward Afrikaners? I don’t believe so, more a citizen’s arrest of the zeitgeist (I would go further: he probably held the likes of Deneys Reitz in high if subtle administration – which real man doesn’t?)

He had a mesmerising, unashamedly healthy effect upon impressionable minds. At boarding school my friends and I read him with torches under our duvets. As head librarian, I noted the waiting-list demand for his titles. On weekend or holiday trips to farms in the western cape we’d hunt and fish with his words in our heads and at nights we’d throw ourselves back into the kind escapism that Hollywood, with all its filthy cash, could never match. Partly because of Smith’s vivid yet elegant imagery, I went to work at a game reserve. He was addictive, exhilarating, with a Conrad-esque ability to arrest the imagination through breathtaking scenery. The glorious order of life was hidden between the lines: man is a survivor, his survival is dependent upon the conviction of his instincts, which prevail irrespective of how messy his circumstances.

Whilst he was peerless, it would be a mistake to diminish the effect that writers have on each other, and what comes from that. This is especially true of an adman who moved to Johannesburg from Birmingham in 1970 called Christopher Sherlock. Sherlock’s work was undoubtedly inspired in some part by Smith’s mastery – but it was also very good. Sherlock died of brain cancer some years ago, but I believe there’s a place for him too in the chronicles of South African adventure writing.

Like our bodies, our minds react to what they process – for this reason I fear. Why are there so many unhappy, angry people, particularly young people in the world’s great cities? Because they are a reflection of toxic, allergic brainwashing – because they are kettled into hysteria and paranoia on issues of climate, gender and race. In London, every single bookshop displays the present obsessions – anti-racism “resources”, climate doom-mongering – in America, elections are now being fought over dangerous and demonstrably false theories that conclude with an end to “whiteness”. Twitter is to free speech and concentration capacity what sarin gas was to an attack on a Tokyo subway.

Whilst I hope the waves of condemnation never arrive for Smith, I’m preparing for politics to get interested. Superman’s “son” and James Bond refer: you don’t have to cancel someone to kill them – you can just pervert them to death. There’s no bottom here: a radical feminist born Keith but now goes by “Shadow” or “Beserker” takes over his publisher and buys the rights to the collection, with financing courtesy of George Soros’ son Alex. Suddenly Sean Courtney catches the ol’ Meghan-Markle-and-his-wife-Harry-coof and emerges from the Tavistock Clinic as “Sian”. It then hitches a ride into the sunset of the Unilever lecture circuit. Stranger things are now commonplace.

Smith should be remembered by the places his work lies – on every book shelf and bedside table, in every Christmas stocking. His theme of ultimate redemption must endure: the mess we’re in may be of our making, of bad choices prompted by bad ideas, but there is always a way out.