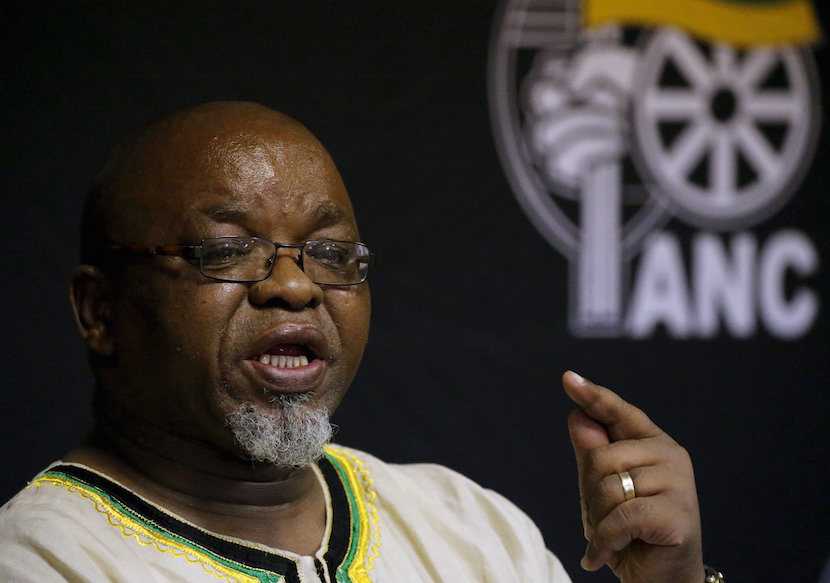 The broad views of the author are not necessarily the broad views of our energy minister, but on seismic exploration off the Wild Coast and the wokeness of the green lobby, they concur. Ivo Vegter, writing in the Daily Friend, is aware that the litigious and uncritically publicised ‘Save our Wild Coast’ lobby will tar him with the same brush they use for our otherwise morally shaky energy minister. That’s the cancel culture for you. It takes courage in our ever-increasingly politically correct world to risk a deeper intellectual dive into the already muddied waters and hardened positions of public debate. Which is where the value of this story lies, although succumbing to the temptation to ‘out’ a few influential journalists. The issue is a bit like Covid-19, where misrepresenting facts has become a global pastime. In our world of instant, terse communication, we gather in our small, alienated tribes instead of seeking the middle ground of reason and listening. – Chris Bateman

Mantashe is not wrong, you know

It is awkward to defend a politician who is likely corrupt as all get-out, and has been branded a liar by Judge Zondo, but when he’s right, he’s right. On the anti-development agenda of the environmental lobby, he is not wrong.

The tomatoes and rotten eggs began to fly as soon as Gwede Mantashe, the Minister for Mineral Resources and Energy, made the now-infamous media statement in which he attacked environmental lobby groups over their dogmatic obstructionism of development in the upstream oil and gas sector.

In Mantashe’s view, the environmental movement is bent on maintaining the status quo of under-development and energy poverty in Africa. Rather than relying on selective sound-bites from journalists who ideologically oppose him, his statement is worth reading in full.

Mantashe’s ire was raised by the sudden vocal protests against seismic surveying 20 km off the coast of the Wild Coast. As he pointed out, seismic surveys are common, both in South Africa and abroad, are not limited to the oil and gas industry, have been conducted before in exactly the same location with no ill effects, and “there is currently no conclusive evidence and/or scientific research globally that demonstrates that seismic surveys have caused irreparable harm to marine life, including mammals and fish”.

The Sowetan quotes him saying: “They mobilise you to say you don’t want all of that [the Shell survey] because you love your butterflies, you love your mountains and your grass, so this must stop. That is what you are saying. If the Eastern Cape remains that way, that we don’t develop, this is our second Nongqawuse. Here all of us, we are victims of a prophecy that said we must kill our cattle and we will be wealthy. How are you going to be wealthy when you have killed the cattle?”

Nongqawuse was a teenage prophetess on the Wild Coast who told the Xhosa the ancestors would sweep the British settlers into the sea and reward them with riches if they sacrificed all their cattle and crops. The British stayed but the self-sabotage plunged the Xhosa people into poverty and starvation, killing many.

In an interview with City Press, Mantashe came across a little more paranoid and conspiratorial, blaming the “predominantly white liberal media”, research groups and civil society organisations funded by foreign donors, for running a campaign against him personally.

The predominantly white liberal media immediately piled on. Melanie Verwoerd, in News24, called it a “cheap shot” to call environmental protests against oil and gas exploration “apartheid of a special kind”. In her mind, “you don’t need a PhD in marine biology to know that this would not be good for marine life”, which is an intuitive conclusion that is not at all supported by science. It is an appeal to ignorance.

Rebecca Davis, another member of the predominantly white liberal media, cast the story as “Gwede Mantashe vs academia and activism (and the media, and the world)”. Good of her to admit the media is entirely on the side of the activists.

That the media is in on the campaign has been abundantly clear. Virtually every media outlet in the country repeated, uncritically, what the protesting activists claimed. Every single one of them actively campaigned against seismic surveys and oil and gas exploration. None bothered to consult the scientific literature themselves.

This is not evident only in this case, of course. Much of the media would recoil at the thought of publishing corporate press releases or letting corporate public relations agents write articles for them. Yet, they welcome environmental activists to their pages and dedicate entire sections just to advance the activist narrative.

It was wrong of Davis to say that academia supports the activist view. Some individual academics probably do, blinkered as they are to real-world economics, but Mantashe is right to say there is no evidence of systematic, substantial and irreversible damage to marine ecologies due to seismic surveys. Even with oil and gas drilling, environmental harm is rare and largely remediable.

Zapiro, yet another icon of the predominantly white liberal media, belittled Mantashe’s claims as conspiracy theories.

Of course, Mantashe does not cut a sympathetic figure. He does sound paranoid, as mentioned earlier. Relentlessly ambitious, he has been implicated in various plots related to state capture. He is a senior ANC stalwart and must take much of the responsibility for the deplorable state of the nation. I don’t think anyone would mourn his political demise. However, that does not make him wrong about the environmental lobby and the media.

Leapfrog, at any cost

Mantashe speculates, correctly, in my view, that the opposition to seismic surveying is motivated by something other than environmental concerns, and points to an agenda to force South Africa, at huge expense, to abandon its abundant fossil fuel reserves and rely only on renewable energy.

More broadly, the global environmental movement – which has its main funding and support base in rich countries – seeks to force developing economies to ‘leapfrog’ their own industrial revolution and move straight to some idealised green utopia where fossil fuels, and mining in general, are obsolete.

Of course, such a green utopia requires not only an advanced economy, which developing countries by definition do not have, but also significant wealth. For example, one cannot expect tenants to install solar panels on their roofs or expect landlords to agree to the capital outlay merely to save their tenants money. Denying poor countries the use of the least expensive and most readily available sources of energy is to deny them the opportunity for economic development.

Even in wealthy countries, the headlong drive to renewable energy is not without its costs. Germany’s Energiewende, followed by its post-Fukushima decision to shut down its nuclear fleet, has made its electricity the second-most expensive in Europe, after wind-reliant Denmark. And it can only keep its grid stable because of its power import/export arrangements with nuclear-powered France and other neighbouring countries.

Mantashe is not opposed to a clean energy transition. Even in a speech to coal mining interests, he supported the industry’s right to fight for its place in South Africa’s energy mix, “as long as you meaningfully demonstrate your commitment to the just energy transition”.

Mantashe supports nuclear energy, which offends many environmentalists and journalists. On that, he’s right, too.

The environmental movement has been dogmatically opposed to industrial development from the outset, of course. Ever since the first Earth Day in 1970, environmentalists have opposed all manner of development, sometimes violently so (see this 1983 article).

Many of Earth Day’s ambitions were, of course, laudable. And, many have been achieved. Yet, from the start and to this day, environmentalism has been accompanied by exaggerated fears and apocalyptic forecasts that never come to pass.

They are wrong. If you want to see how wrong, just recall the environmental disasters in Eastern Europe, occasioned by the socialist rule of the Soviet Union. In fact, the more prosperous and freer a country is, the better its environmental performance.

Mantashe is right. There is a well-organised global environmental movement, which in turn supports local activist groups and funds legal obstructionism, that is resolutely anti-capitalist and will not tolerate any development other than renewable energy, however unrealistic their rich-world goals may be for a developing country like South Africa.

Denying poor countries the opportunity of industrial development – even with far greater environmental consciousness and far stricter environmental rules than the rich world imposed on itself – is tantamount to condemning them to perpetual poverty.