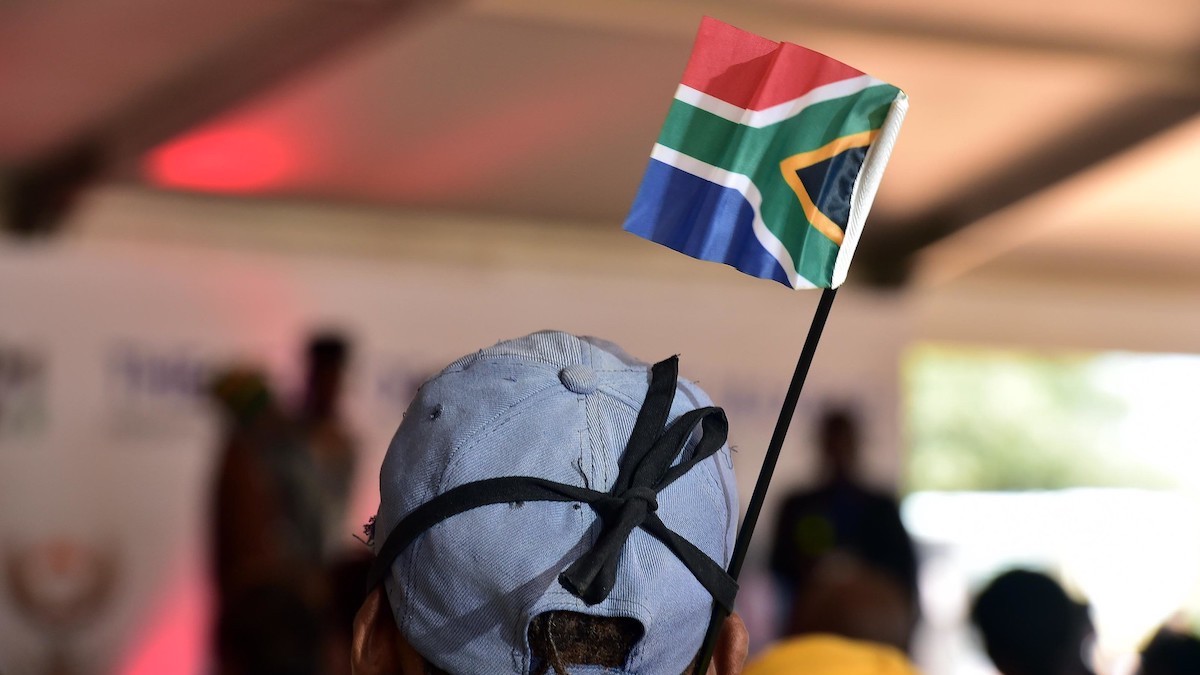 It’s such a statist thing to do, putting up gigantic statues or pictures of ideological heroes in virtually every city (e.g. Lenin in Russia). In SA, the tradition continues. Walk into any police station, government building or municipality and you’ll likely see the relevant minister beaming or glowering down at you. Heck, they even have them in state hospitals. The most illustrative incident here was when a victimised antiretroviral-dispensing doctor ripped one down (of the late Manto Tshabalala-Msimang), and stuffed it in a rubbish bin, only to get disciplined for destroying government property. Now, we have a 100 m high, R22m flag going up. As Free Market Foundation writer Sindile Vabaza opines, a flag that fails to resonate with the lived experience of its people is a monument to nothing. Pride? Perhaps the same kind of ‘pride’ the doctor had in his health minister. Hard not to wonder whether the move is not an OTT response to AfriForum’s appeal against the old SA flag being banned and declared a symbol of hate speech. At least Madiba’s statue means something, albeit nostalgic. Read on… – Chris Bateman

The Department of Sports, Arts and Culture is planning to install a flag that is more than 100 metres in height, at an eye-watering cost of R22m. The department announced this as part of its national monumental flag project. It said the flag would serve as a national landmark and tourist attraction. It is yet another example of tone deafness, wastefulness, laziness and hubris on the part of the government, to assume a flagpole will become a source of national pride and identity.

Symbols like flags engender loyalty and pride and common identity when there is substance behind them. In the bigger scheme of government spending R22m is but a blip, and the only reason the government is receiving so much blowback is because this flagpole rings hollow and feels like an insult to the wider public. In reality, there is not much to be proud of in South Africa right now nor anything that really binds us to a common purpose or a positive direction.

For this flagpole to truly mean something and to live up to its billing as a source of national pride and common identity, the government can do a couple of things to give it substance.

Mayor Chris Pappas of Umngeni Municipality is showing what a uniting and positive force competent and transparent governance, combined with effective communication, can be. Local government service delivery is where the power of government is most keenly felt, and cleaning up local municipalities and setting them in order and having a merit-based hiring system will ensure that constantly nagging feelings of distaste for the government will become a non-issue. It will also help local businesses thrive and encourage investment into other parts of the country especially as remote workers search for cheaper but functioning locales.

With all the jobs lost due to various lockdowns and the riots and floods in KwaZulu-Natal, the one thing everyone should agree on is that economic reforms that lead to job-intensive economic growth are the country’s most important priority. This will taking decisive actions, such as following through on controlling and cutting the public sector wage bill, implementing labour reforms that will make it easier for SMEs to hire young unskilled people at an affordable rate, and cutting red tape and taxes that will allow business owners to invest more back into their businesses thus creating a virtuous cycle.

The tourism sector especially was hit hard by the pandemic and resulting containment measures, yet, it has good potential to contribute to the economy and future employment growth. Implementation of electronic visa programmes for emerging target markets and increasing the number of countries falling under the visa-waiver agreement will boost arrivals, while a reduction of red tape and regulatory burden for entrepreneurs and small enterprises will improve market access. Investments in transport and tourism infrastructure must be aligned to connect tourists to places.

There has been some progress on structural reform, including the amending of the Electricity Regulation Act, which paves the way for private players to generate and sell electricity which will lessen our dependence on Eskom. Publishing a new critical skills list to attract foreign expertise into the country is another step in the right direction.

Education as a flagpole of the future

Prioritising education and skills development is not just necessary for ensuring that more and more South Africans will have the skills to function in a modern economy, but it will also become a harbinger of future prosperity. Ensuring there are good schools with committed teachers who are resourced properly in our under-served communities will encourage buy-in from parents who can possibly see a future where their children will do better than them. One way to do this is to initiate a school voucher system where private providers can offer competition to often poorly performing public schools and give parents choice about where their children are educated.

Symbols of national pride and common identity mean something only when they correlate with a people’s lived experience that is largely positive. An example of this is the country-wide euphoria from townships to affluent suburbs when the Springboks won the Rugby World Cup and South Africans were united in waving flags and painting them on their faces.

In such a country, a 100 m high, R22m flagpole can make sense as a source of national pride and common identity because it will correlate with the lived experience of more and more South Africans.

As it stands now, it is just a colossal waste of money and a sign of the tone-deafness, hubris and utter laziness of the government.