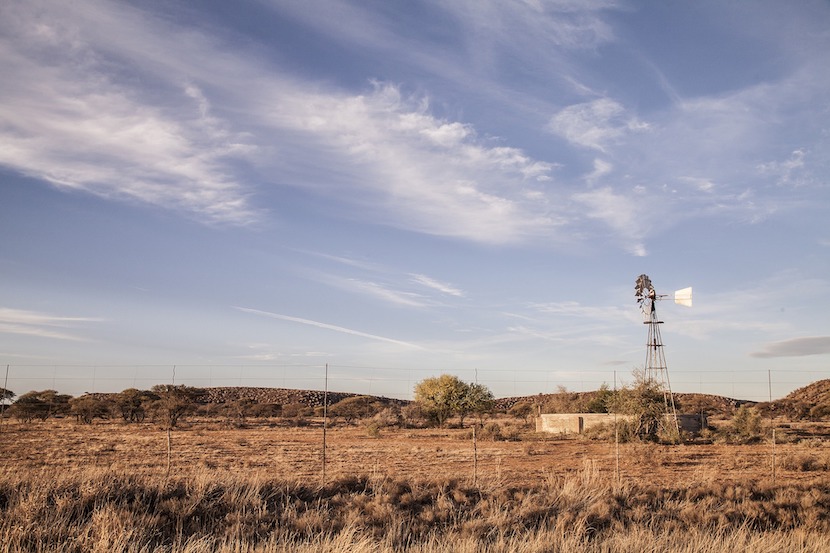 This is a fairly unique piece of writing on the land question. So many others focus on the abject failure of agrarian land redistribution, citing ubiquitous examples here and in Zimbabwe. This is different; tackling the political land redistribution motivation and rhetoric head-on and typifying it is as abject nonsense. Don’t believe them when they say land restores dignity, especially in a country with massive unemployment and poverty and where most land claimants opt for cash payouts. A comparison of land reform and parliamentary VIP security budgets tells you just where the ANC’s priorities really lie, despite all the political hot air. Rather give people proper sewage and wastewater systems, navigable roads and a constant electricity supply (or some metaphorical Zupta heads on stakes). Again, land without capital to develop or farm it is useless, as the vast tracts of expropriated, now-bush-and-weed-covered productive soil bear mute testimony to. Story courtesy of the Daily Friend. – Chris Bateman

Don’t fall for ‘the land’ rhetoric

I believe it is inevitable that, with the continuing economic crises engulfing South Africa, the government will look for ways to relieve public pressure and divert attention away from its myriad failures during the pandemic and the disastrous lockdowns which have hamstrung the economy and worsened food insecurity, joblessness and social instability.

The land debate, as hackneyed as it is, will be used by the ANC as a proxy fix to whitewash various crises that face the poor black majority in the country. In this article I’ll examine four basic reasons why ‘the land’ by itself will neither restore dignity to poor black people, nor be a catalyst for their advancement of the poor black majority – or kick-start our moribund economy.

The government spends more on VIP protection than land reform:

In the 2018/19 national budget, R2.6 billion was allocated to land reform, something which UWC professor Ruth Hall describes as the acquisition and redistribution of land and a way to secure land rights for people.

Earmarked for VIP protection services is R2.9 billion. This may seem like an arbitrary comparison, but land reform is being touted not only as a mechanism to restore dignity to the formerly dispossessed but also to steer poor urban and rural South Africans on to the path of prosperity. The budget, however, does not reflect the inflated importance the government ascribes to land reform, but rather shows that the government views its own safety and security matters as more deserving.

The KZN Land Claims Commissioner’s office reported that in 2016, of the 110 land claims the government settled, R423.9 million of R670.7 million spent consisted of financial compensation. In May 2017, in his parliamentary budget speech, Minister of Land and Rural Development Gugile Nkwinti raised concerns about claimants preferring cash over land. A month later, Chief Land Claims Commissioner Nomfundo Gobodo also expressed serious concern over this. The Institute of Race Relations pegs cash claimants at around 90%.

Clearly, neither those drawing up the land reform budget nor land claimants see land as the panacea, or the source of restored dignity, that it is being made out to be. And there are many reasons why claimants prefer cash.

According to the National Development Plan, 70% of South Africans will live in urban areas by 2030. This out-migration from rural areas to cities is a global trend. Claimants, whether in rural or urban areas, are often poor and hard pressed for money, more so in cities where the cost of living is significantly higher than in rural areas.

Just like anybody else, the poor are in cities in search of better job opportunities and a better education for their children. Many of them do not want to return to rural areas (perceived stagnation). The land reform process is inefficient, bogged down by bureaucracy and corruption and many claimants do not have faith in it.

To many claimants land is merely a piece of dirt that has no real value outside of any speculative value (like land in Clifton, for example) and it requires capital to make it productive.

Another important issue is land-use policy within cities. I live in Cape Town and have seen the desperation that accompanies land grabs, where the poor often build substandard housing on sand banks – housing which is inevitably flooded and sometimes washed away when there are heavy rains.

Land itself will not restore dignity:

That land itself will not restore dignity, is an important point to make.

In other words, simply receiving land is not enough because plenty of people live on land in informal settlements but have to endure the indignities of living in squalor, exposed to sewage and wastewater.

More specifically it needs to be said that the question of land has been tied to farmland and an agrarian economic push rather than land-use policy and settlement in cities and the expansion of infrastructure on said land. It has to be asked what our president really means when he sees land as something that endows black people with dignity, and it has to be asked why those people in rural Eastern Cape leave vast tracts of land behind if it carries within it their dignity?

What is more important is to redress the cumulative effects of denying South Africans of colour property rights. These cumulative effects are found in the racialised wealth and income gaps we have in this country. Property is a basic cornerstone of wealth-building wherever you go in the world, especially for those who have entered or want to get into the middle class. Undignified is the urban poor, living in cramped informal settlements, potential breeding grounds for disease and crime, and without any employment opportunities to enable them to better themselves let alone their communities.

Getting ‘the land’ is not going to magically imbue them with dignity; the poor know better than anyone else that cash (income and wealth) is far more important than unproductive patches of dirt in areas far away from urban centres.

Land is just a fanciful curtain behind which government is trying to hide its systemic failures and its inability to redress the cumulative effects of Apartheid and land dispossession.

Do not fall for the rhetoric.