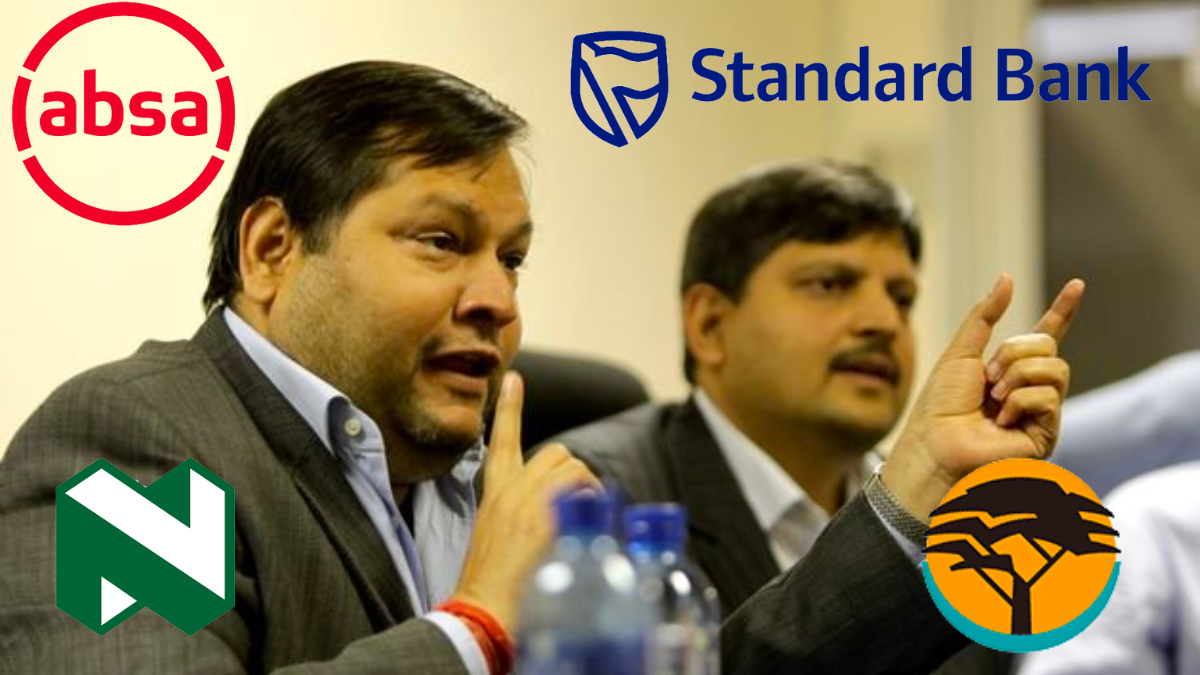 It’s six years later but economist Dr Lumkile Mondi says he’s still “shocked and very disappointed” that three of the four CEOs of major banks bowed to political pressure and went to meetings at the ANC’s Luthuli House after they closed the Gupta family and its entities’ bank accounts in mid-2016.

The so-called Big Four banks – Standard Bank, Nedbank, FNB and Absa – one after another, unbanked the Gupta family and their business entities. It was a tumultuous time for the banking sector, with increased pressure on financial institutions to explain decisions that are never aired in public. In fact, banks have never had to give a reason for unbanking a person. It could be something vague like a breakdown in trust or simply reputational risk.

The momentum by the banks – almost en masse – to terminate their relationships with the Guptas began in February 2016 when Absa closed 33 Gupta-linked accounts. Auditors KPMG and Sasfin called it quits on 4 April 2016. Nedbank gave the family 30 days notice of termination, eventually closing their accounts on 7 May 2016. FNB was next to give them the chop on 31 May 2016, with Standard Bank the last of the Big Four to unbank the Guptas on 6 June of that year.

It’s important to note that on 13 April 2016 the government – then under the helm of Jacob Zuma – established a so-called Inter-Ministerial Committee (IMC) to look into the closure of the Guptas’ accounts. What was actually just a task team with a fancy title was composed of the former ministers of Mineral Resources, Labour and Finance – Mosebenzi Zwane, Mildred Oliphant and Pravin Gordhan, respectively. But, Gordhan defied Zuma and refused to partake.

Interestingly, Mzwanele Manyi – who would go on to “buy” the Gupta’s media companies, The New Age newspaper and ANN7 in August 2017 – was in attendance at the IMC meetings as an “advisor”, but to whom is not clear. Manyi is now the mouthpiece of the JG Zuma Foundation.

On top of government pressure on the banks, the ANC stepped in to up the ante by requesting that the chief executives of the banks “account to the ANC for why it had closed the Gupta accounts”. They were asked to respond to accusations from the ANC that the banks were colluding with “white monopoly capital” to oppress black-owned business in the form of the Guptas.

FNB’s Johan Burger was the only executive not to attend meetings with either the ANC or the faux IMC.

Mondi tells BizNews: “It was shocking and very disappointing to see leaders of these institutions bowing to political pressure and going to sit in a meeting with politicians […] cowing to the ANC political party request with their tails between their legs, trying to account to politicians.”

In State Capture Inquiry chairperson Raymond Zondo’s report, the name of Finance Minister Enoch Godongwana came up several times as the person calling the banking executives to Luthuli House. He wasn’t in government at the time but was the ANC’s head of economic transformation.

Mondi says, “We live in an environment of factionalised politics. So in his [Godongwana’s] conduct with the banks in 2016, he was probably acting in his own interests to make Zuma, as the President at the time, very happy to be seen as a sjambok whipping these four banks to toe the line because the Guptas were putting massive amounts of money through the ANC and its political leaders in office.”

Zondo’s report finds that both Zuma and Zwane, “misused their public power in an attempt to achieve a benefit for the Guptas, not because their case was a deserving one which ought to enjoy the protection of the state but because of the power and influence which the Guptas were able to wield in the South Africa of those times.

“He [Zuma] sought to improperly interfere in the matter of the closing of the banking facilities of the Gupta-owned companies in order to assist his friends.”

As such, Zondo believes Zuma acted in breach of the Executive Members’ Ethics Act.

As for the banks and their decisions to close the accounts, Zondo finds there was more than enough evidence to conclude “beyond a reasonable doubt” that it was justified. The Chief Justice says the Guptas and their politically-connected enablers had embarked on a “coordinated campaign to loot the South African state coffers and, until the banks stopped them from doing so, were using the banks as their vehicle for this purpose.

“If anything, the three banks which delayed their closure decisions until April 2016 might have been interrogated as to why it had taken them so long to act.”

Mondi says his view differs with Zondo’s recommendations that existing banking legislation should be amended to introduce a “requirement of fairness” when a bank is considering closing an account.

“We may end up giving thugs as well as money launderers an opportunity to justify their actions. I think banks in terms of the Banks Act and their responsibilities to the Financial Intelligence Centre, to the Financial Conduct Authority, and the South African Reserve Bank,  need to have that responsibility of making a call and closing my account,” says Mondi.