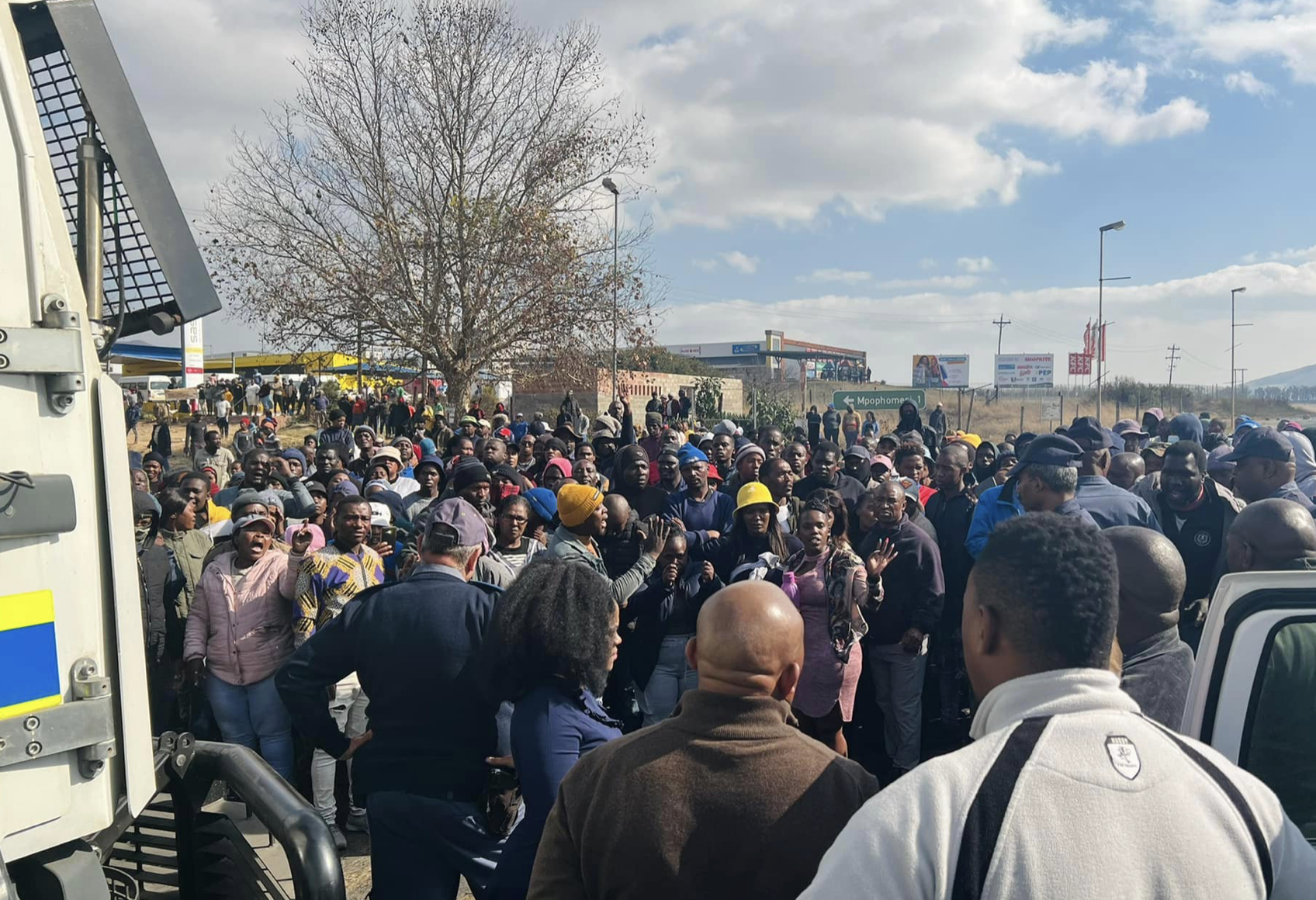 uMngeni Mayor Chris Pappas has accused the ANC of fomenting unrest in the municipality he governs – which is the only one the Democratic Alliance won with an outright majority in KwaZulu-Natal in last year’s local government elections.

Pappas released a voice note to residents on Monday warning that the situation had escalated and diverted from being a service delivery issue to a political one. The protests began after residents in the Korea section of Mpophomeni outside Howick went without electricity for several days after a transformer blew. Municipal officials want to do an audit of about 140 houses in that area before the transformer is replaced. There was initial resistance to the audit taking place. Very often transformers malfunction due to the sheer volume of illegal connections.

Pappas said: “I have been in contact with public order policing at a provincial level, and we are engaging now at a national level. We are not happy with the level of service we are receiving from them. There are a lot of excuses coming in relation to protecting the law-abiding residents as it relates to public order policing. Although there are various limitations around this, there is no excuse for letting people destroy property, stone vehicles, etc.

“…protestors tried to break down the gates of the municipality this morning. This is no longer about service delivery and this is a politically-motivated strike. The strikers have been wearing ANC regalia, and we have been receiving information of chairpersons and secretaries of [ANC] branches meeting this morning to discuss this issue as well as local councillors instigating violence. We have evidence of councillors transporting people to the municipality as well as various ANC-branded vehicles supporting the illegal action.”

On Tuesday the Mayor met with protestors on the R617 to explain that their electricity connections can only be restored once the meter audit is completed. The municipality wrote in a statement that the affected residents were clear that they wanted the matter resolved and are willing for the audit to go ahead.

“It is clear for all to see that this issue is not about electricity, it is a group of people who are sent by their political leaders, operating in the shadows to cause instability in uMngeni,” read the statement.

KZN Police spokesperson Constable Thenjiswa Ngcobo told BizNews the protestors blockaded the R617 with burning tyres and stones before marching to Howick Municipality’s offices where they demanded to speak to the mayor.

“Later the crowd was dispersed and only a few went back to the R617 where they burnt more tyres. There are about 30 people still at the scene. The last few people remaining have been dispersed and Mpophomeni police are monitoring the situation,” said Ngcobo.