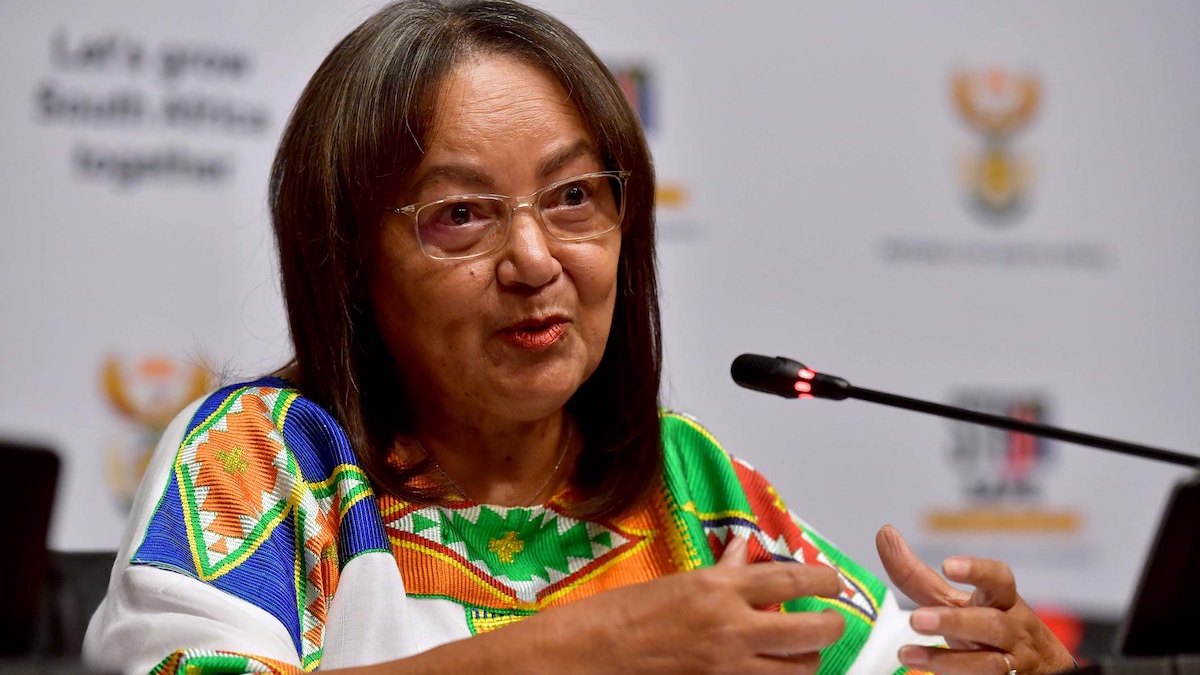 Government buildings, including courts, prisons and police stations, are in a serious state of neglect. Maintenance and the payment of rent are budgeted for by parliament and paid over to the department of public works – so what has become of this money? Minister of Public Works Patricia de Lille admits her department is in utter chaos – but no meeting has been scheduled on the revised police portfolio committee agenda to continue the debate once parliament resumes next week. Public Works has failed to manage their creditors and maintain facilities, leading to declining service delivery from the police, including the landlord closing the doors of the Criminal Record Centre in Pretoria earlier this year, leaving travellers and job applicants who require police clearance certificates stranded. This is just one of the department’s glaring failures  – but when did accountability ever matter? – Sandra Laurence

As a result, firearms can’t now legally be sold or transferred “until further notice”. And travellers and job applicants requiring police clearance certificates? Sorry, no can do. Minister of Public Works Patricia de Lille says she’s ready to answer questions about her department’s alleged mismanagement of police infrastructure – as soon as she’s she’s summoned by Parliament’s police portfolio committee to do so. The trouble is there’s no indication of that happening any time soon.

The Minister of Public Works and Infrastructure (DPWI), Patricia de Lille, admitted at a meeting last month of Parliament’s police portfolio committee that her Department is “in utter chaos” and that this is having a negative effect on other Departments, such as the South African Police Service (SAPS).

She agreed to a suggestion that she should return to the committee after the parliamentary recess to account and present a plan of action, after she has done her due diligence in her Department.

In response to questions at the time, De Lille seemed completely flabbergasted that her department had “devolved”  289 building facilities to SAPS for their own management [i.e. SAPS were left to their own devices in managing and maintaining the buildings they occupy, without supervision by the department of public works who by law are responsible for them]. Despite the fact that both DPWI and SAPS referred to this “devolution” in their presentations to the parliamentary portfolio committee, Minister de Lille said she had been unaware of it.

The department of public works’ failure to manage their creditors and maintain facilities has led to declining service delivery from SAPS, including the landlord closing doors of the Criminal Record Centre (CRC) in Pretoria earlier this year, leaving travellers and job applicants who require police clearance certificates stranded.

And the Nelson Mandela Bay municipality has threatened to cut off electricity to the forensic lab in Gqeberha due to non-payment of a R21 million bill. (It hadn’t yet been cut off at the time of going to press.)

But, says the DA shadow minister, he now notes that instead of De Lille being on the police portfolio committee agenda to continue the debate once parliament resumes next week, there is no such meeting scheduled on the revised committee programme just released. “Effectively the discussion with her is indefinitely postponed,” Terblanche tells BizNews.

“The situation gets more and more worrying:  Last month we were told there are delays because the Central Firearms Registry has packed up and is in the process of moving from Veritas Building in Pretoria to (controversially acquired) new offices in Telkom Towers. But the latest news is that Telkom Towers will only be completed in two years’ time! If so, that brings management of the firearms registry to a complete standstill,” says Terblanche. “For as long as the firearms registry is packed up to move and out of action, no firearm can be legally sold or transferred.”

All government buildings, including courts and prisons, are in a serious state of neglect. “Maintenance and the payment of rent are budgeted for by parliament and paid over to the department of public works. What have they done with the money?” asks Terblanche. “That’s what we want Minister De Lille to explain.”

SAPS has also complained that DPWI’s contract mismanagement leads to delays in the construction of police stations, as well as delays on critical repairs to infrastructure at stations.

SAPS is already struggling with severe budget cuts, systemic mismanagement and undue political influence. “DPW must not be another stone in the road,” said Terblanche. “Is it any wonder that crime rates in South Africa keep rising when police officials are being hobbled by their own government at every turn?”

When BizNews called Minister De Lille for comment, she was in the KZN hinterland doing an inspection of the various sites where bridges washed away in the floods are being repaired or rebuilt.

On a poor line she confirmed that she had agreed to return to the select committee with a full progress report on the state of infrastructure when she is called upon to do so after the recess. She said she would be in a better position to give detailed answers to our questions once back in her office.

“The chairman of the police portfolio committee – Ms Joemat-Pettersson  – must convene the meeting. I am waiting to hear when they summon me to attend.  I am always ready to be held accountable.

“A similar meeting to report on the fire at Parliament has been scheduled by the Speaker for the end of August. I will be there,” Minister De Lille assured BizNews.