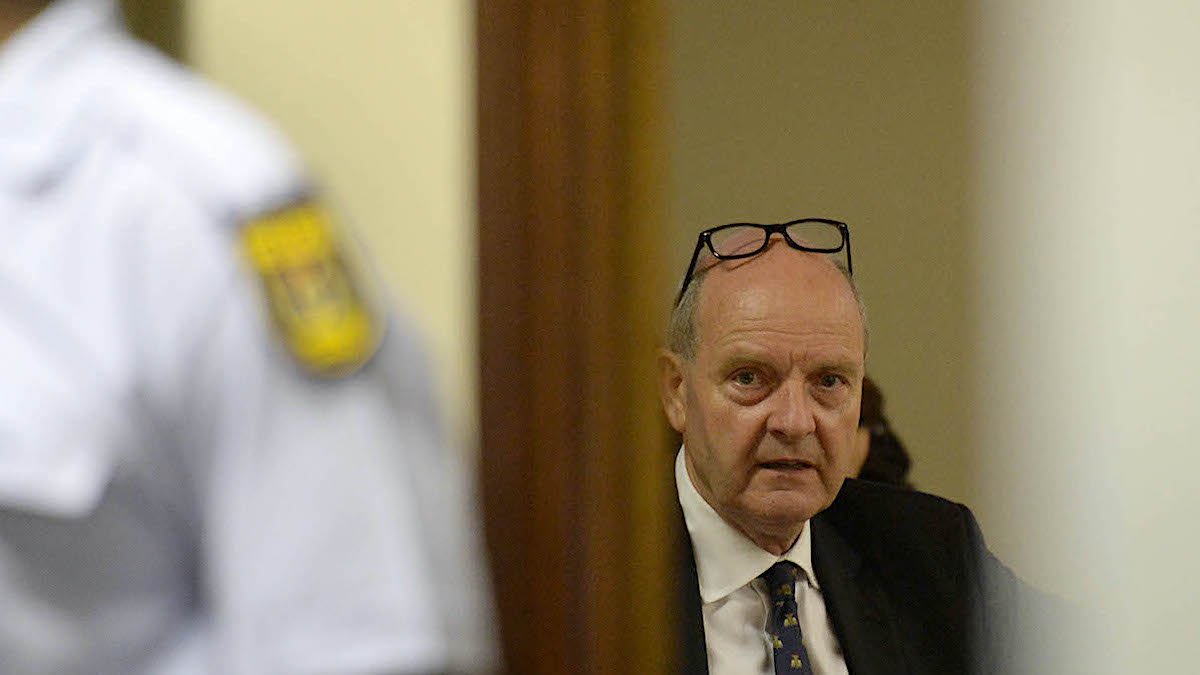 Fourteen years almost to the day after Paul O’Sullivan orchestrated the arrest of South Africa’s then corrupt head of police Jackie Selebi, he has repeated this unlikely achievement. This morning, SAPS’ former Commissioner Khomotso Phahlane was arrested at his luxury home on charges of siphoning R54m of public money to a ‘business’ associate, one Inbanathan Kistiah, who was arrested last night. In this interview the ace forensic investigator tells Alec Hogg of BizNews that he has been on Phahlane’s trail for almost seven years, but has paid a high personal price for exposing the crooked cop.

The chickens are coming home to roost. My understanding is that, you know, he’s unemployed now. He doesn’t have any work to do. And his wife, who was promoted multiple times unduly in the police, she’s also unemployed and they’re living in their mansion, which is now being attached by the asset forfeiture unit as being paid for with the proceeds of crime, which is everything I said back in February 2016. My understanding is that just as the toast popped out the toaster this morning, there was a knock at the door and there was some gentleman there from the DPCI with a warrant for his arrest and he was taken away. Last night his alleged accomplice, a guy from a company called Brainwave Projects 1323, was also arrested and taken away. And the pair of them will be appearing in court tomorrow morning at the Commercial Crimes Court in Pretoria, where they’ll have to answer to corruption and fraud charges relating to an amount of 54 million unauthorised expenditure paid to Brainwave Projects.

On how long he’s been on the trail

So you can say seven years because he was appointed in 2015. And in August 2015, which is seven years ago, I met with a whistleblower who’s now a brigadier in the police. He was then a colonel and he was a whistleblower, and he’d blown the whistle. But unfortunately, the police couldn’t police themselves. So his whistleblowing in the police only resulted in him hitting a glass ceiling. He couldn’t get a promotion. And then he chose to come to me and that was in August 2015. In February 2016, having carried out a fairly thorough investigation, including visiting Phahlane’s luxury estate, where he lives, and managing to get a whole lot of documents, we opened a criminal docket against him. In my infamous email of the 15th of March 2016, I sent him a picture of the house and asked him where he got the money to build it. It led to my being dragged off a plane on the 1st of April 2016, along with two of my smaller children. So for the better part of a year, he had the upper hand. In fact, in February 2017, our offices were raided and I left. But Sarah-Jane was here. She was dragged away and driven on a tour of Johannesburg and then driven out into the countryside and dumped at the police station at Kameeldrift. The police were told if anybody phoned, to say she was not here. We brought an urgent application, and had it released on Sunday evening. So she spent Friday night to Sunday night. And then on a Monday afternoon at 4pm. whilst I was with Sarah Jane at our lawyer’s offices, when we left the police pounced on us and I was arrested.

We brought another urgent application and I was released. And then the tide slowly started turning because I struck back and I started opening, taking it off the docket. We shared all of our information with Ipid, our investigations against Phahlane in our sitting with the Investigative Directorate or ID as it’s called, which President Ramaphosa set up in 2018, so oh, 2019. So things are starting to fall into place now and you know, Phahlane is failing at every step of the way. What we are now starting to do is question where the money is coming from to pay his lawyers because he’s unemployed and it is hiring the normal crowd from BTK, who up to now have yet to have a success against me. Every case I come up against with them, the client normally ends up in prison. And hopefully this will be the same with Phahlane. He has to go to prison.

I think there’s a misnomer there. So this relates to the blue light tender fraud and corruption. A guy called Vimpie Manthata ran a company that was supplying the blue light, the bars that go on the roof of the car and the sirens and stuff, and in some cases, the blue lights and the siren cost more than the value of a car. So a complete rip-off, millions and millions of rand of money, taxpayers’ money was paid to that guy. And he gave the money back to certain cops, which included Phahlane and his accomplices and now they all are on trial. They didn’t see 75 million rands worth of assets belonging to Phahlane. The total value of all the assets they seized was approximately 75 million, which included all the other generals as well. In respect of Phahlane, they attached his house and all the cars. Most of those cars he never paid for anyway. So they’ve effectively attached all the proceeds of crime, which is great. I jokingly said when Phahlane was arrested on St Patrick’s Day in 2018, I stood behind him in court and I told his wife, “Please make sure your children don’t make a mess in the house, because when you go to prison, I’ll be buying that house”.

I don’t have any facts, I’m not going to say anything bad about a person. At this point in time, I have not looked into the new commissioner of police. I’m not in a position to say he’s good or bad or ugly. But trust me, if anything pops out of the woodwork, I’ll be on it as quick as lightning.

On 21 December 2016 the SAPS Crime Intelligence Division embarked on what they called emergency procurement of software tools or systems. One of the software was named RIPJAR. It was intended to collect and monitor information from social media platforms on the instigators of the university students’ #FeesMustFall protests. Open sources reveal that the #FeesMustFall protests started in October 2015. By December 2016 it was far-fetched to claim a response to the protests as an “emergency”.

They purported to buy the RIPJAR software from a company that is not involved in software engineering but was a security alarms and surveillance cameras company. The owners of the so-called competing companies were friends, who in fact and in truth, were involved in cover quoting. The cover quote was supplied to Inbanathan Kistiah by the former husband of the sole director of a company called Perfect Source, which was a human resource recruitment company. The other software procured was a mobile communication encryption platform named Daedalus.

The purpose of Daedalus was to encrypt voice calls made by management of the SAPS at the time when Phahlane was under investigation by IPID. He was being investigated for the ‘Blue Lights’ police tender and other irregular procurement that happened during his tenure. Daedalus made it impossible for investigators to get call records from cellphone providers.

SAPS initiated the process to invite three potential suppliers but one of the suppliers stated that its “quotation” was fraudulent in that the company didn’t submit a quotation. Two proposals for procurement of software tools were received on 21 December 2016. One proposal was for obtaining the software tool called RIPJAR.

In respect of this tool, two written price quotations were submitted. One was from I-View, the company currently charged, and the other was the written price quotation from Perfect-Source (HR company and not an engineering company). The owner of this company was the ex-wife of Avendra Naidoo. However, Perfect-Source was in the process of being deregistered. Through investigations it is revealed that Naidoo submitted the quote and not his wife. It is further alleged that R33 million was paid to I-View and R21-million paid for Daedalus within a short space of time.

Daedalus was procured for the sole purpose of encrypting calls and wiping out cellular records and messages. It is further alleged that deviation from normal procurement processes for the contracts (signed and processed on the same day) and payment was made on 22 December, one day after approval.

Investigating Director Adv. Andrea Johnson says “the arrest of these very high ranking and seasoned police officials in this seminal case endorses the ID’s commitment to dealing with corruption and state capture regardless of where it manifests itself. It is also dealing with the lack of accountability, which to date has undermined the legitimacy of the law is and shows that the wheels of justice are turning and impunity is no longer a given. On the contrary, the rule of law is the most important protection of the weak against the whims of the powerful and it is what stands between us and tyranny.”