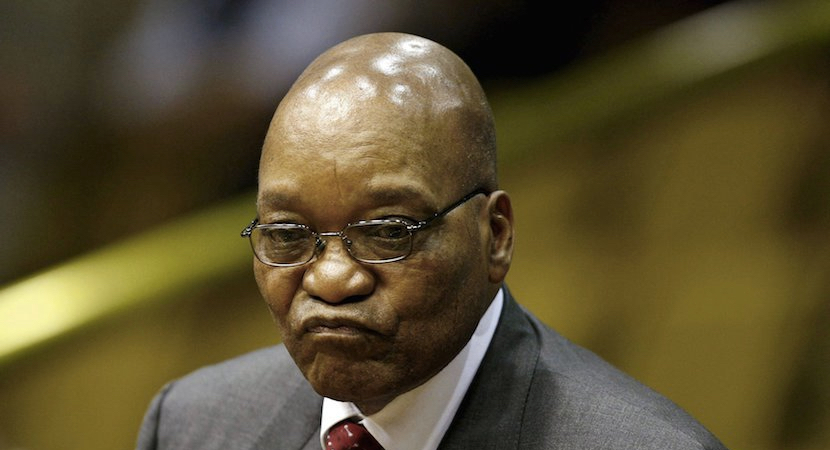 The Institute for Race Relations (IRR) believes the Supreme Court of Appeal (SCA) judgment means Jacob Zuma must go back to prison. This after the SCA upheld a decision of the High Court in Pretoria that Jacob Zuma’s release on medical parole by former Correctional Services commissioner Arthur Fraser was illegal, invalid and unconstitutional. Zuma was jailed for contempt for 15 months for refusing to testify before the Zondo Commission. But he was released on medical parole after just two months. The Medical Parole Advisory Board did not find Zuma was permanently incapacitated nor was he suffering from a terminal illness, one of which must be present for placement on medical parole. Fraser, instead, overruled the panel of medical experts and approved Zuma’s release. The IRR was an amicus curiae (friend of the court) in the matter. IRR head of campaigns Gabriel Crouse joined BizNews correspondent Michael Appel for an expansive discussion on what the judgment means for the embattled former president. – Michael Appel

Excerpts from interview with IRR head of campaigns Gabriel Crouse

Unequivocally, yes. The Supreme Court of Appeal has ordered that Jacob Zuma must go back to jail in Estcourt. However, here’s the fly in the ointment. The substance of this issue is that Zuma was released on medical parole by the Department of Correctional Services, by Arthur Fraser. That decision was unlawful. It wasn’t just unlawful. It was kind of crazy because the medical parole board had said Zuma doesn’t deserve medical parole. And then the commissioner, who has no medical expertise said he knows better and let this guy off. So that’s why it needs to be set aside. He needs to go back to prison. But then there’s the question of remedy, because as everyone knows, Zuma’s people have been arguing that he only had a 15-month sentence. It’s been more than 15 months since that sentence began. I think the period lapsed in October. So they say, look, he might have been released unlawfully, but he served his time under medical parole. And so it’s time served. Zuma’s team argue he shouldn’t really be going back to jail. If he goes back, I suppose they’d say he should just go back for a moment rather than to do another 13 months because he only served two months inside. Very straightforwardly, the court says this guy has to go to prison. But they then say how long he should stay there for is going to be up to the department to decide.

The pressures is going to be tremendous on him [the acting correctional services commissioner]. It’s hard to expect, based on previous Ramaphosa appointees elevated to acting commissioners and department heads and so on, that the President is going to do anything other than what suits the ANC best, which is to leave Zuma in Nkandla to do as he pleases and to champion the party when it suits him. I would be delightfully surprised if it goes otherwise. But I just want to say on the deference to the executive, on the basis of the separation of powers, this argument that you noted, it’s the case that generally speaking, the courts try to stay out of the hair of government departments. That kind of deference is really important. And I don’t want to devalue separation of powers. However, it’s clearly the case in this instance that the court has not shown deference to the executive. The executive said, we want to release him on parole. We did release him on parole. And the court said, no, guys, that was the wrong thing to do. That was unlawful. Zuma is going to go back to jail once you’ve made that judgement. I think the horse has bolted in terms of deference to the executive and I think it’s sort of strange to say, you’ve clearly made an unlawful decision, but in this particular case, we’re going to defer to you on the remedy [ie: if Zuma should be returned to prison and for how long].

On the process and likelihood of Zuma appealing the SCA judgment

It clearly says in the SCA court order that Zuma has to go back to prison, even if it’s only for long enough for them to let him go again. But he may not want to do that, so he may want to appeal against the judgement on that basis. I don’t think he’s going to do that and I’ll tell you why. When you appeal a judgement, the rules about which part of the order get set aside and which part of the order holds force could count against him in this instance. When you apply for appeal, you apply back to the same court. You’d have to apply to the SCA first. They might say we’ll grant the appeal, but we’re going to specifically deny setting aside a particular part of the order [that he should return to prison], and that’s a risk that you take. So he might instead try to just stay away like last time where the ConCourt specifically ordered if you don’t go to Zondo, then you must take yourself to prison. And if you don’t go to prison, the police must pick you up. He might try and do the same thing he did then, which is just not to do anything and play a game of brinksmanship with the police to see if they’re going to enforce this court’s order.

The IRR has released a statement saying it is exploring legal avenues in light of the judgment. You can read the statement here.