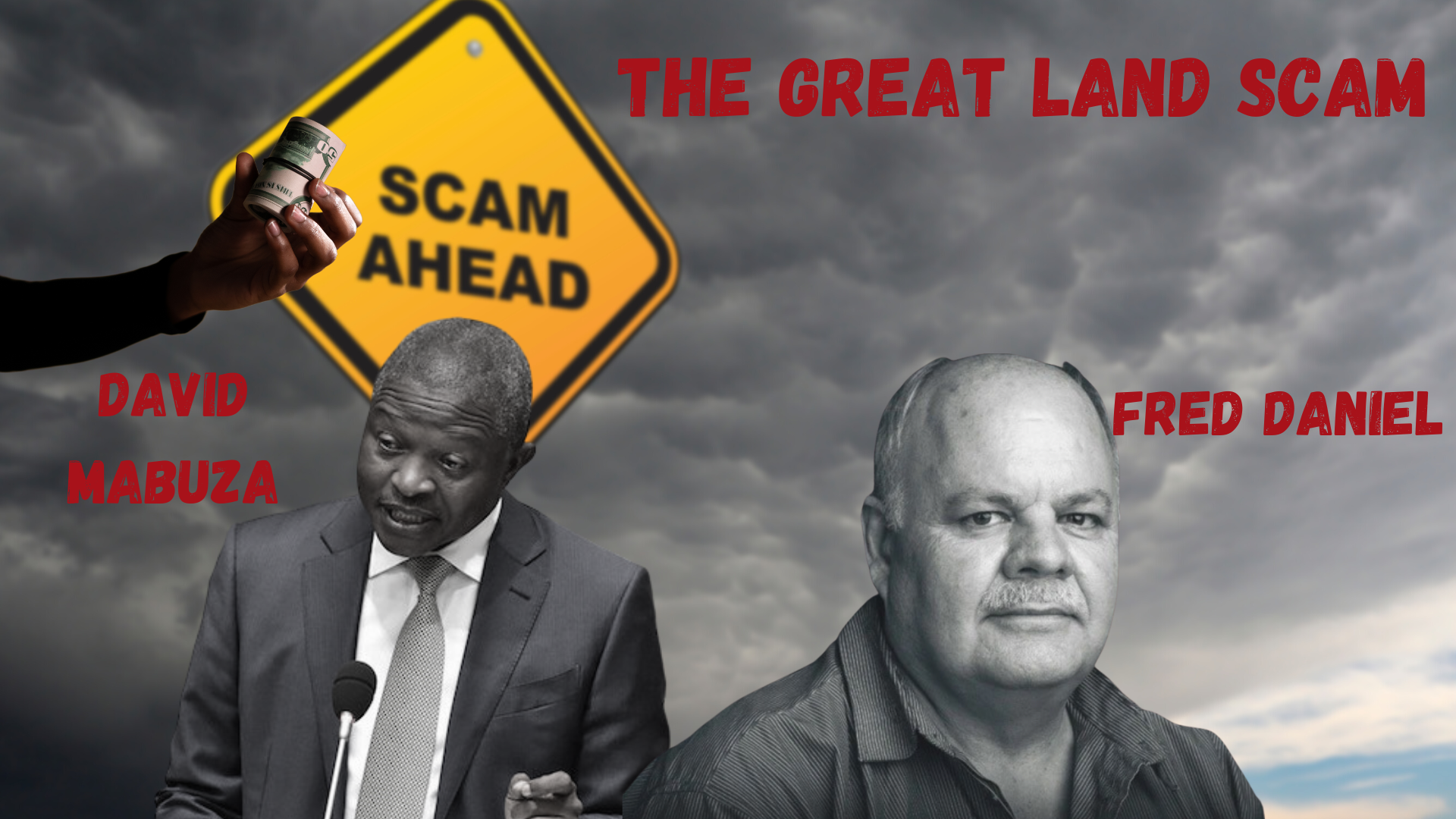 For 15 years Fred Daniel has faced unthinkable intimidation, destruction of property, obstruction of justice, and even death threats by a criminal cabal in Mpumalanga. The entrepreneur and conservationist, turned whistleblower, built the Nkomazi Wilderness Reserve, a collection of 89 farms he painstakingly amalgamated in the area between Badplaas and Barbeton – a UNESCO world heritage site. His conservation mission was scuppered by a “criminal enterprise targeting the public purse”, exploiting the land reform process in order to loot. In an extensive interview with BizNews correspondent Michael Appel, he explains the personal and professional cost involved in standing in the way of grand scale corruption. It’s graft that Daniel believes involves Deputy President David Mabuza as the “strongman” of Mpumalanga. Earlier this week, the Organisation Undoing Tax Abuse referred several criminal complaints related to Mabuza’s tenure as both MEC for Agriculture and Land Administration, as well as Premier of Mpumalanga, to the NPA’s Investigating Directorate. In a statement, the Deputy President’s office said: “This complaint is a regurgitation of old allegations by Fred Daniel, which have been and continue to be litigated in other courts, including the High Court. Every application that Mr. Daniel has filed against the Deputy President has been rejected with punitive costs. The judicial system has found him to be a dishonest litigant who takes advantage of the system.” OUTA’s affidavit can be read in full here. – Michael Appel

Excerpts from interview with entrepreneur and conservationist Fred Daniel

There is consensus that we are facing a global ecological crisis in the way we manage nature, and we’ve damaged nature. And the idea was to set up a learning environment. It took me seven years to look for suitable land to set up this project. And in the end, when I found the incredible piece of land with all the attributes that I was looking for I first had to protect and repair that which had been lost. So I think the large part of the project was to set up a nature reserve and to protect and repair very special attributes. That’s why that area was nominated as a world heritage site in 2018. It was as a result of the hard work that we did over the years. Of course, in setting up a conservation project, jobs are also very important and to do it in a sustainable fashion where you work within your carrying capacity and within the constraints of nature. Tourism was a big part of the project and that’s why we got Sol Kerzner involved, because he was a master at putting new destinations on the map like Mauritius and Sun City. The Barbeton Mountainlands area has the most tourism potential and the least infrastructure.

On the litigation costs incurred over the last 15 years

Litigation is very expensive and it’s the last resort that you do. But then you can’t have self-help, you can’t help yourself. You have to resort to the courts. So we always took the courts into our confidence and always went to the court. We had to bring urgent interdicts. We had to defend ourselves. And it’s basically defending our business rights, which is what we had to do. I think by now we’ve won about 35 court cases altogether in the land claims court, magistrates court, protection orders, and the only court case that’s left is this massive damages claim that’s now part heard. And apart from the massive amount of time and the cost on your family and your friends and your staff, this entire episode has cost about R30m just to get to where we are now. The quantum of damages [Daneil is seeking in court] is R1.2bn.

On Deputy President David Mabuza’s role in the alleged criminality

I understand from Peter Visagie that Mabuza was his partner because when Visagie came to offer those inflated prices he said that he had political backing and Mabuza loomed large over all of that. He’s always been involved. He [Mabuza] was at the riot when the people started cutting the fences [of Daniel’s properties]. All I know is that once land is transferred to your community, then the Department of Agriculture takes over. So that could be where Mabuza, as the MEC for Agriculture [at the time] was involved in the land scam because he would do the aftercare and he would be involved with budgets afterwards. This is a criminal enterprise. What you’ve got is a criminal enterprise targeting the public purse. And this criminal enterprise consists of criminal networks. One network was involved in the Badplaas land grab. Another network was involved in the Problem Animal Fund. So you have one strong man [Mabuza] who looks after all the corrupt people.