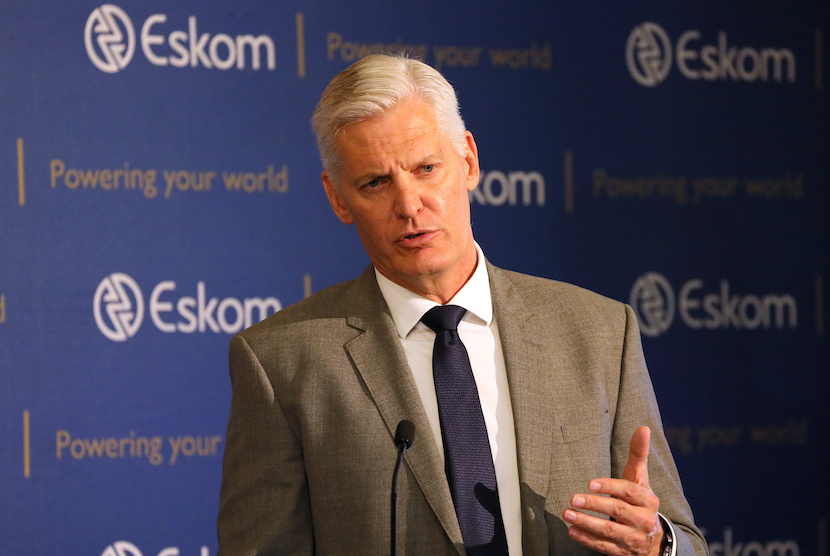 This article was first published on the 3rd October 2022

For the past three weeks, South Africans have been bearing the brunt of increased loadshedding, varying between stages 6 and 3 and as expected, many are frustrated and angry. Eskom’s CEO Andre de Ruyter has come under fire, with many calling for him to be sacked, and disturbing news was discovered at the weekend when the power utility reported that a sophisticated bug was found in De Ruyter’s vehicle. According to weekend media reports, a preliminary investigation by a forensic company found the device is “typically used by law enforcement and intelligence agencies” and investigators say it is “not commercially available on the open market”. The Eskom CEO was quoted saying the bug was discovered under the driver’s seat when his vehicle was cleaned on Friday. The preliminary report, according to the Sunday Times, says the device is “a transceiver, highly efficient in design”. This shows the possibility of foul play at hand. This article was first published by MyBroadBand. – Asime Nyide

Eskom CEO Andre de Ruyter’s car was bugged with a “sophisticated” device, which he discovered under his seat while cleaning his vehicle, the Sunday Times reports.

According to investigators, the device isn’t commercially available to the public and is commonly used by law enforcement and intelligence agencies.

Their preliminary findings show that agents can use the device for tracking and eavesdropping at a range of up to 5km.

Based on feedback to the Sunday Times, the device can send data at either 1.25Mbps or 1.25MB/s (10Mbps), but a typo in the investigators’ preliminary report doesn’t make it clear which.

Investigators said more analysis is needed to clarify what the device was doing in the Eskom CEO’s Volvo.

“This [the bugging device] is not something ordinary private detectives use, and it is not available on the open market,” the Sunday Times quoted former police commissioner and now-forensic investigator George Fivaz as saying.

“We are talking about a sophisticated National Security Agency [NSA]-level device, typically used by law enforcement and intelligence agencies, that can send and receive signals.”

According to Fivaz, the bug is a covert device that few countries have the skills and equipment to produce. South Africa is not one of them.

He recommended an investigation into the environments of all the senior Eskom employees and the ministers involved in fixing the power utility.

In the meantime, his firm has removed the device’s battery and will test it for fingerprints. While it determined that the main board was manufactured in Texas, it is still trying to trace the other components.

De Ruyter discovered the bug under his seat while cleaning his vehicle and sent a photo of the device to Fivaz.

“The device — a motherboard filled with microchips — immediately looked out of place. I assume it was stuck to the bottom of the seat and must have shaken loose,” De Ruyter told the Sunday Times.

The Sunday Times has published a photo of the device online.

De Ruyter told the paper that being bugged is not unexpected with “a lot of agendas at play” surrounding the struggling power utility.

The bug’s discovery comes during a period of flux at the state-owned power utility.

Public enterprises minister Pravin Gordhan recently restructured the power utility’s board, and the CEO is facing calls to be fired.

De Ruyter said he wouldn’t let it distract him, as he constantly receives threats on Twitter.

In November 2021, the CEO hired bodyguards after receiving numerous threats on social media over load-shedding.

At the time, De Ruyter also registered a criminal case of intimidation against EFF KZN leader Vusi Khoza after he encouraged people to hunt the “useless fools” at Eskom and “moer” and “bliksem” them.

The Durban High Court served papers on Khoza ordering that he cease his behaviour.

The interdict included harassment, threats, assault, inciting violence, visiting Eskom staff members’ homes, or any manner that would constitute an infringement of their personal liberty.