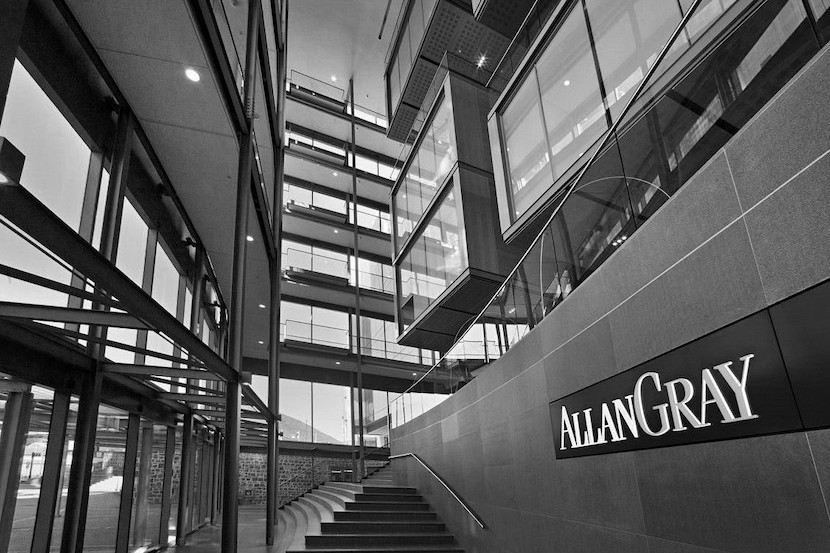 As the Johannesburg stock exchange takes on the appearance of an ‘investment graveyard’, Duncan Artus – new chief investment officer of Allan Gray – has been singing from the same hymn sheet as award-winning investment expert Magnus Heystek. In recent years, Heystek has been highlighting the benefits of investing offshore and warning of the perils of keeping all your funds in South Africa – a position that has created enemies and critics. Heystek is a former personal finance journalist who built investment boutique Brenthurst Wealth Management from scratch. Heystek still uses his considerable writing talents to demystify financial issues and shine a light on important developments that impact on your wealth-building efforts. He is one of our special guests at this week’s BizNews Finance Friday noon webinar (sign up, here). – Jackie Cameron

It’s not easy being a fiercely independent advisory company in a country where the investment narrative, via the media and advertising channels, is dominated by very large and well-funded investment companies.

Any comment, criticism or investment research which might differ from the mainstream investment community is often drowned out by a barrage of claims and counterclaims.

Quite often in the past have I written critical research documents on the outlook for the JSE and local investment markets which appeared online somewhere. And a week or later or so, there would be a counter-argument written by someone else, who invariably had their ears properly bent by some highly paid PR from one of the large asset managers. I cannot ever prove this but over the past 5 years, or so this pattern was clearly visible.

“Go offshore”, I would write one day, and the next week there would be an article from someone else suggesting I was trying to scare investors and flog an agenda.

“We are ‘bittereinders*’ and we are going nowhere,” was the theme of one article in an Afrikaans publication, barely a week after I wrote an article about offshore investments.

“Regulation 28** is killing your retirement funds,” I would write. A week later: “Regulation 28 is there to protect investors from making bad investment choices”.

“When buy-to-let becomes buy-to-regret”, I once wrote. Next week an article from one of the large estate agencies trying to promote to counter the argument.

Role of an investment advisor

I have always believed that it’s the role and function of independent advisors to do exactly that: offer advice that is in the best interest of the fee-paying investor. But that often gets you up against the tied-agency force, whose first loyalty lies with their employer. Perhaps I was naïve, but that’s the way it’s always been.

I started interpreting the bigger macro-economic progression of SA from 20014 onwards in a slightly more critical manner than the typical commentator, who invariably worked for one of the larger investment houses with strong links to the government. I battled to get my views heard via mainstream media and in the end, arranged and sponsored at great cost three annual investment seminars called SA QUA Vadis?  from 2015 to 2017 with another financial website. At least on this platform, I could get that message across without it being sanitised by someone higher up the feeding chain.

I have been a strong advocate of foreign investments as a form of protection and diversification against the slowly unravelling financial and social environment in SA which was clear to me.

I have been a strong advocate of foreign investments as a form of protection and diversification against the slowly unravelling financial and social environment in SA which was clear to me.

In addition, I have also written extensively — and recommending strongly — that investors over the age of 55 who have money in retirement annuities (RAs) and preservation funds, should seriously consider cashing in these RAs – taking out the cash tax-free-and reinvesting into a 100% offshore living annuity.  As night follows day, a week later there would be an article trying to counter that line of thinking — which obviously, is not in the interest of the investment company controlling these assets in those instruments.

Read also: Your pension is worth 30% less – Magnus Heystek

There is a certain money show hosted on radio stations that broadcasts simultaneously in Gauteng and the Western Cape every evening. It’s probably the best business radio station in the country run by a very able and articulate host. Problem is, it is sponsored by the Old Mutual and there is no way that I will ever be invited onto that show, despite that fact that I played a role in the establishment of that station more than 20 years ago.

I would say guess that more than 90% of OM’s assets are held in SA, with only a small portion in offshore markets. The same applies to almost all the other large insurance companies, including Sanlam and Liberty Life.

They will try and do everything within their powers to retain those assets but this is not always in the best interest of clients and investors.

The CEOs of SAs large asset management companies have also, historically, been very reluctant to stick their heads above the parapet and voice their concerns about the way SA’s economy is being managed. They are well aware of all things scribbled above, but seemingly do not want to raise the ire of an often ill-tempered regulator.

One asset manager that seems to have finally gathered up enough courage to do just that, is Allan Gray — the largest privately-held asset manager in SA-with assets around R600bn. A month or two ago the departing CIO Andrew Lapping lobbed some words of criticism aimed at the ANC’s handling of the economy and now it is Duncan Artus the new COO who took over from him. This time he didn’t hold back.

I’ve always enjoyed listening to Artus over the years at the many money investment presentations where he has been a speaker. I have always found him to be a straight shooter and not the typical representative trying to be all things to all men and women.

Appearing as the Business Newsmaker in the Sunday Times on Sunday, Artus issued a very direct but dire warning to the ANC government. “SA is edging up the death spiral,” he said. “Over the longer term you can’t have successful companies in a country that fails,” he is quoted as saying. And by implication, you cannot have retirement funds performing well when you don’t have successful companies.

“To me, there is a very transparent way to see what markets think about our performance, and that’s the yield on our 10-year government bond.

Read also: Magnus Heystek: The Sygnia fund I’ve invested in for ALL my grandchildren – PREMIUM

Investors are demanding an almost 6% real cost of funding to lend money to the government. SA is paying significantly more to borrow money than most countries in the world.

“The worse the economy does, the less taxes you will collect, so you will have to raise more taxes, no-one will invest and then things will just keep going down and down”.

Not only will SA have to approach the IMF to bail us out, but it gets very difficult to reverse that trend that can last for decades, not years, he added, referring to Argentina, where Allan Gray has lost money in the past before.

Obviously it is becoming harder and harder for SA’s asset managers trying to defend the poor performance of the JSE-listed companies. And as Artus points out, our market performance has been kept reasonable by the returns of Naspers/Prosus and one or two other pure rand hedges. Strip them out and the balance of the JSE has the look of an investment graveyard. And with that its investors: everyday Mom-and-Pop investors frantically trying to eke out some real returns but failing to do so.

The fact is that the JSE has not grown much over 5 years and over 7 years has barely matched inflation. Pension and retirement funds too, hamstrung by Regulation 28, have also not shown growth over 5 years, which means most retirement funds are today worth 25-30% less in real terms (inflation-adjusted).

It’s long been time for the local asset management industry to raise their collective voices about the deteriorating macroeconomic environment SA’s companies find themselves in. But the ultimate losers will be the savers and investors in the wide range of pension funds.

One way is to increase to offshore allocation to 40- or even 50% of assets, but that is unlikely to happen. Instead, the government has said it wants to change Regulation 28 in order to allow more capital to be made available to fund infrastructure and State-Owned Enterprises. Only this week Enoch Godongwana, head of the economic cluster investigating this issue, denied that it intends introducing prescribed assets, but added the caveat “only when we find there is not enough uptake of the projects on offer”.  That didn’t assure the markets.

Absolutely mind boggling that people still buy shares in the jse when you can buy stocks on the nasdaq or any of the us exchanges..