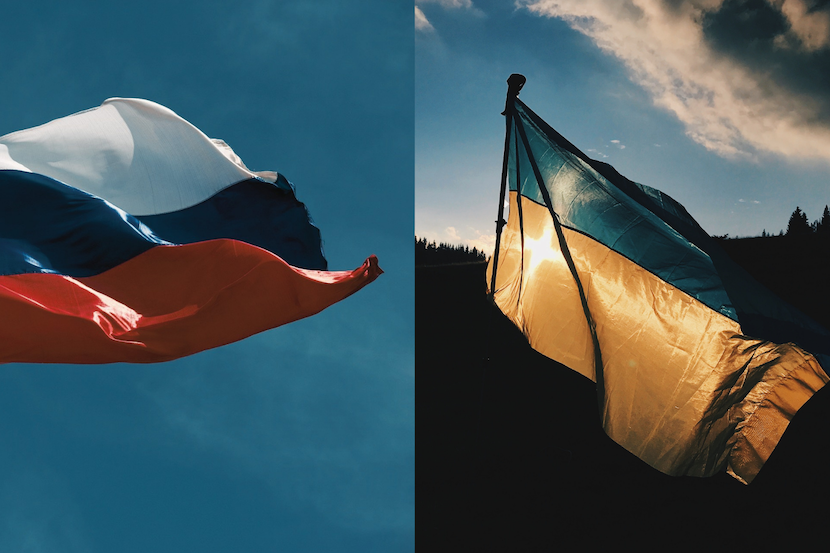 The full-scale Russian invasion has taken most political analysts by surprise. The consensus view had been that Putin was all bluster to gain concessions from NATO. When the invasion began on 24th February, most analysts believed the war would be over very quickly. They were wrong again and also wrong about the ferocity of sanctions and the amount of self-sanctioning by the private sector. Putin himself must have been surprised by the level of broad-based international opposition and disappointed by the slow progress of his military.

Who would have thought that Switzerland would give up its sacred neutrality to join the united front against Putin’s actions? In the face of the terrible humanitarian cost, the fightback against Putin’s regime is encouraging, but it also means the outlook becomes more uncertain and the less Putin gets his own way the more dangerous he becomes.

The humanitarian cost is enormous, especially for civilians. The direct economic cost, provided the war does not spread geographically, will be limited to Russia and Ukraine. The two economies are relatively small. Russia lies 13th in the world in terms of its GDP while Ukraine is in 57th position. Russia only accounts for 4% of the euro area’s exports and less than 1% and 0.5% of exports from the UK and US. Indirectly, the impact of state and self-sanctions is far greater due to surging oil, gas, industrial and agricultural commodity prices. Surging energy and commodity prices will cause inflation, already a problem for central banks, to climb even higher, curtailing household spending and lifting production costs for companies. Central banks, which had been on track to tighten monetary policy, will now be more reluctant to do so due to the war’s effect on economic growth.

How will the Russia-Ukraine war impact financial markets? The impact will vary by region. The Russian market will suffer the most, reflecting the ferocity of sanctions, which include exclusion from the SWIFT payment system and sanctioning of Russia’s central bank, which means it cannot access its foreign reserves. Central bank sanctions have hitherto only been directed at North Korea, Venezuela and Iran, and have never ended well. Russia has ordered its banks to prevent foreigners from transacting in Russian securities. Russia’s MOEX stock index has been closed since the invasion but the declines in Russian global depositary receipts indicate an 80% market slump since the invasion began. The market now trades on a trailing price-earnings multiple of less than 1x. However, depending on how the war ends, Russia may be ejected from world equity indices such as the MSCI World index and for ESG reasons, global investors will shun the market. As a result, investors should not assume that the index will recover sharply as it did in 2014 after the Crimea invasion.

US and Pacific-Asia equities will suffer the least direct impact from the crisis. Europe is the most at risk due to its dependence on Russian oil and gas. Around 25% of Europe’s oil and 40% of its gas needs are met by Russian supplies. Europe’s banks are also the most exposed to Russia. Due to its proximity, the UK is also affected although not as badly as the euro area. Europe will incur the greatest cost from the flood of Ukrainian refugees, which according to United Nations estimates already number over 2 million, with most destined for European countries. However, for investors there is a silver lining to these elevated risks. The ECB will be more reluctant than other central banks in removing pandemic-era monetary stimulus. The region’s governments are also likely to resume pandemic-era fiscal stimulus to shore up the economic impact of the crisis.

In 2014, when Russia invaded Crimea, emerging markets were the worst affected. The outlook now is very different, especially for commodity dependent economies like South Africa. The national budget’s commodity windfall enjoyed in FY 2022 is on track to be repeated in the current financial year. Generally, emerging market currencies are undervalued. EM central banks are ahead of their developed market counterparts in lifting interest rates to address rising inflation and local currency emerging market bond yields already trade at wide spreads relative to US Treasury bonds, making them less prone to global risk aversion.

There is considerable uncertainty over the extent and duration of the military crisis in Ukraine. However, provided the conflict does not spread across Ukraine’s border, the impact on global financial markets is likely to be short-lived. Unfortunately, it is a fact of human life that wars and crises regularly occur. According to precedent, equity markets suffer in the first few weeks of a war but then gradually recover. Since WW2, the worst market setback caused by a military conflict was during the first gulf war in 1991. Global equity markets fell sharply by 15-20%. However, they quickly recovered. This time may be different, but investors should be wary of being too negative. A ceasefire or peace agreement could easily create a surge in equity markets.

Investors should not forget that before the war erupted, global economic momentum was extremely positive, helped by a retreat of the Covid pandemic, above average GDP and earnings growth, and healthy household and company balance sheets. Financial markets have not been complacent in pricing in the risks emanating from the Ukraine crisis, evidenced by sharp declines in equity prices over the past fortnight. The global market’s trailing price-earnings multiple has now declined to 16.5x compared with its peak last year of 20x. The less demanding valuation greatly improves long-term return prospects. While markets remain expensive in the US relative to their historic average, they currently offer compelling value across the UK, Europe, Japan, China and emerging markets. Meanwhile, corporate credit spreads, the proverbial “canary in the coal mine”, continue to be well behaved, reflecting an absence of global financial risk contagion.

Investors must avoid knee-jerk reactions to the current crisis. Portfolios should ideally have been structured ahead of time to mitigate the risk of worst-case scenarios, via diversification across asset classes, currencies, and geographic regions. Investors will be anxious to do something, but the trade that adds the most to portfolios over the long-term is to buy not sell, at current low levels. It is certainly too early, but the time will come once the rate of deterioration in the crisis begins to abate.