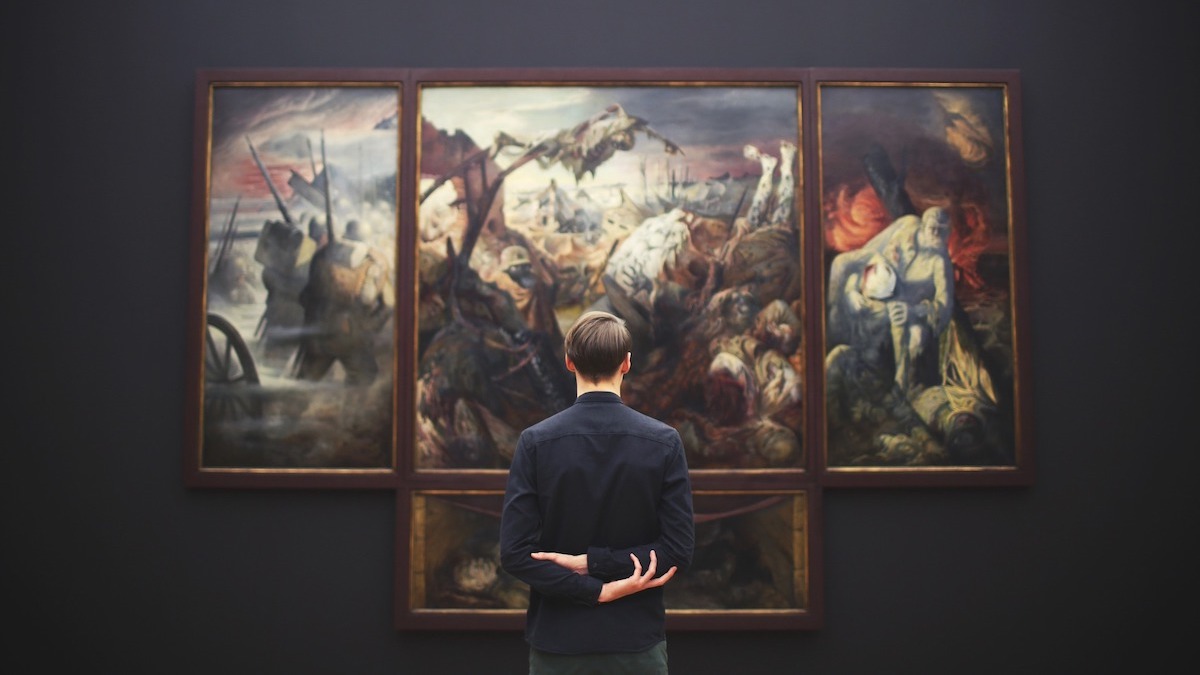 When markets are volatile, where would you normally invest if you are seeking lower volatility and higher income yields than equity markets? The traditional answer to that is government bonds. Founder and CEO of Overberg Asset Management, Nick Downing, says bonds are however no longer fulfilling their traditional role as balanced portfolio risk diversifiers. Downing suggests that investors should consider a blend of alternative asset classes for their global portfolio and has singled out six classes and the investment vehicles of choice to balance share portfolios. They are renewable energy, infrastructure, private equity, secured loans, absolute returns and a rather unusual asset, music royalties. He told BizNews of a company Overberg has chosen as an investment vehicle that taps into the appetite for streaming services. When the market gives you volatility, music royalties could be music to your ears to find balance in your portfolio, with a company called BHMacro. – Linda van Tilburg

No solace from the bond markets for investors

It’s been a very, very difficult year for investors globally. Traditionally, when things get tough, there is some solace and support from the bond markets. So, typically there’s an inverse correlation between equities and bonds. When economic growth falters, when earnings are under pressure, bonds tend to do well because when a recession looms, interest rates come down, bond yields come down, bond prices go up. In a balanced portfolio, bonds tend to offer a lot of ballast when equity markets are weakening. What we’ve seen in the last 12 months or so, perhaps even longer, was a threat of rising inflation, in fact, the highest inflation that we’ve seen in over 40 years. Bond prices did exactly the opposite of what we hoped they would do. So, with rising inflation, rising interest rates, bond yields start rising as well and bond prices, they do very badly, in fact. Even the blue-chip bonds, that’s to say the G7 government bond yields have risen so much that bond portfolios underperformed even the weak equity markets that we’ve seen to date. So, that traditional 60-40 split that you get between bonds and equities no longer works or hasn’t, at least in the recent period. It doesn’t mean it won’t in the future. That’s why it is important to find alternatives to reduce risk and balance both against.

The time is ripe for different asset classes

We’ve had a long experience with investment at investment trusts, investment companies listed on the London Stock Exchange, and we’ve been doing that for 20 years. We’ve got an intimate knowledge of all the different asset classes that can be accessed to many of them. A fairly easy trick, different asset classes, what we might alternative asset classes. The ones that spring to mind are absolute return strategies, renewable energy, infrastructure, specialised credits, private equity and also recently very excitingly, we’ve got access to music royalties which are doing fantastically well with the growth in streaming of music.

Music is uncorrelated to the economic cycle and streaming is growing

With music royalties, there are lots of different players in the music industry. Those players own copyright to the music that’s been published. It could be the songwriters, it could be the singers themselves, often very different for the songwriters, the producers, the marketing agents and so forth. So, this company that we invest in, it’s called Hipgnosis Songs Fund. It’s listed on the London Stock Exchange. It’s been listed since 2018. They’ve frantically bought music royalties from songwriters and publishers over the last four years because it’s such an exciting investment opportunity. They own numerous catalogues, rights, over 100 different music catalogues. That’s over 65,000 different recorded songs and they make money every time one of those songs is played on the radio, is used in a movie, in an advert. But 40% or so of their revenue comes from streaming. With Spotify and Amazon tunes and iTunes Tick Tock, which is very popular with Gen Z, they make money every time somebody streams one of those songs. Streaming is expected to grow by 9% per annum over the next ten years. By 2030 it will be an industry worth over $100 billion. The joy of music is that it’s completely uncorrelated to that economic cycle. So, the economic cycle traditionally goes through its ups and downs, but regardless of where we are, people will always listen to music.

We’ve zoomed in on a company called Green Coats UK Wind, the largest renewable energy company listed on the London Stock Exchange. It’s got a market capitalisation of just under £3 billion. It specialises in wind in the UK, onshore and offshore. What we really like about this one is that it scores lots of points on the ESG scorecard. It’s a huge theme that we’ve identified for the next ten years at least, is global decarbonisation. So, that is one benefit. The other benefit is the link to inflation. Many of its energy contracts with the government and the pricing is inflation linked. If inflation goes up, an inflation rate is public enemy number one for global investors at the moment, then that contracts increase in value accordingly. There is a leverage to inflation. There’s also, of course, a leverage to energy prices and with the oil and energy shock that we had from Russia’s invasion of Ukraine, we’ve had incredible increases in energy prices across the spectrum and of course, part of that is electricity as well. Green tax pays a dividend yield of 5%. It is incredibly robust. People will need electricity at all times and it’s got that inflation hedge. In fact, if inflation goes up by half a percent, then the net asset value of Green Coats goes up by even more than that. So, it’s leveraged to rising inflation.

How to shoot out the lights with ‘dull tech’

So, HG capital invests in companies that provide business critical software. One of the biggest areas is regulatory compliance. It’s also in the medical field, engineering, accounting, enterprise, resource management,  all those different areas, and it’s what they call dull tech. Nothing particularly exciting or sexy about that. It’s not like Tesla and electric vehicles and those shares that are going stratospheric on the market, but arguably very overvalued. So dull tech. Every time they bring on a client, they get monthly annual subscriptions to their software. With software as a service, they’ve done incredibly well over the last 20 years, annualized returns over 20 years of 15% and then over ten years, because the market’s been even better, it’s around 17%. So, they have already shot their lights out. They’ve got huge scale. They source incredible deals. If in fact, they were a listed company and they bundled all those software as a service business together and listed it, it would be the biggest I.T. company in Europe, but nobody really knows about it. They quietly get on with that business in the background.

Secured loans are specialised debt. This particular company that I mentioned in the report is BioPharma Credit. They provide private loan facilities secured against revenues, profits, cash flows that specialised on the biotech industry. So, biotech is a huge growth industry. It’s very difficult to access in the markets. As people get older and as people get wealthier, they’re going to be able to afford better diagnostics, better pharmaceuticals. The biotech sector really is the nursery for new pharmaceuticals for the large companies. They provide the technology; they provide the new drugs for the pharmaceutical industry. How do these companies fund themselves or finance themselves in the capital structure? It’s either through equity or it’s through debt. And over the last couple of years, there’s been quite a serious directing to the biotech sector. It was very exciting during COVID, but now that COVID is no longer really a threat anymore, investors, the markets have looked elsewhere. So, it doesn’t make sense for these biotech companies to raise equity funding. They’d rather get debt funding and it’s a real opportunity for a company like BioPharma Credit that specialises in credit funding to these biotech companies. It’s an incredible yield for investors. BioPharma Credit has dividend yields of 7%. It also trades at a 7.5% discount to net asset value when they lend money through secured credits contracts with these companies.

BH Macroprovides the only opportunity for investors to access the Brevan Howard master funds. It’s been closed off to investors for years and years and years, but it is possible for investors to buy BH Macro and get access indirectly. BHMacro is listed on the London Stock Exchange. It thrives from turbulence and volatility in the market, so it tends to be that when markets drop, then BHMacro does incredibly well. So, just to give you an idea of its track record, since the company was listed in 2007. Every time there’s a big crash or bear market, BHMacro comes out extremely well. So, 2007, 2008, and then the 2009 global financial crisis BHMacro in 2008, its net asset value increased 28%, the following year 18%. The next big systemic risk event in global markets was the 2011 European sovereign debt Crisis. Remember, at that point, everyone thought that the eurozone was going to break apart and the markets fared very badly on that. BHMacro managed to return 12%. Again in 2018, BHMacro was up 12%. In 2020, it returned over 20% again and this year, while all the markets were in the doldrums because of rising inflation, energy supply shocks, Russian invasion, rising interest rates, etc., etc. What we get from macro is a very, very good return of 14% per year to date.