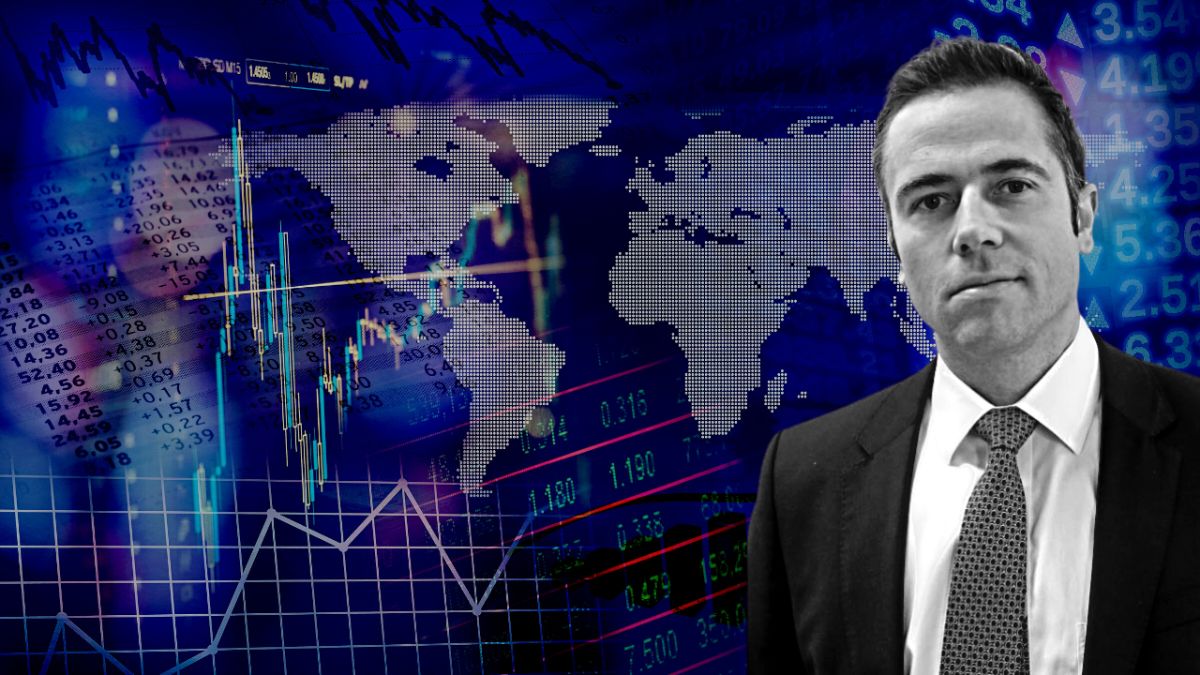 Mark Perchtold of OMBA tells us that the current era of volatility is far from over, with a significant correction in equities a distinct possibility in the first half of 2023. But there are ways to protect against these drawdowns – and he explains why European stocks (and especially Autos) and those in China are appealing. And offered some advice on how to structure investments in a way that protects against whatever the new year may bring. He spoke to Alec Hogg of BizNews.

00:24: OMBA’s sense of how people are viewing the future of South Africa and the future of their investments on his successive visits to SA

00:53: The resilience of South Africans

02:57: How load shedding in SA is affecting the appetite for products offered by OMBA

04:37: How OMBA is positioning itself for the very short term and the medium term of 2023

08:44: How to position yourself now to be able to have a good holiday

12:41: OMBA’s view of the China now that the COVID-19 restrictions are seemingly not as tight as they were a while ago

Excerpts from the interview with Mark Perchtold

Mark Perchtold on the resilience of South Africans

It’s actually fascinating, because my first few trips back after COVID, having not been for a while, I would be in meetings in an office, and the lights would go out and the air conditioning would go off, and people just carried on like nothing was wrong. And they sort of [said], “Don’t worry, the generator will kick in or the UPS will kick in.” So people have definitely started to make more contingency plans. And I guess over time, more and more people will move off the grid if they can afford to do so. I was staying with a friend over the weekend and we were watching football at his house on the Saturday night and the electricity went off and everything just stayed on – absolutely normally. And he’d obviously connected his house with battery packs and solar and the rest. So I think if you can afford to do that, that’s great.

The challenge will be for (maybe) small and medium enterprises if they’ve got a manufacturing facility. Obviously, the load shedding has been distributed differently across the grid and in different areas. So, not everyone suffers to the same degree. But it’s certainly a worry. And I think South Africa is resilient and people will make a plan. Hopefully, Eskom comes right and energy delivery improves, but households and businesses are making alternative plans and hopefully that continues. So, let’s be optimistic.

But if you’re a household and you’re working from home in this new regime of work from home more frequently and your Internet goes down for 4 hours, I don’t think that’s necessarily good for the economy. So, there’s still a lot to be done.

On how loadshedding is affecting the appetite for OMBA products, given that OMBA invests globally

It’s not new that people want to invest more abroad. That’s something that people have been doing for decades from a South African perspective. But I do think there’s definitely more interest in accessing offshore solutions. Exchange control has allowed people to get some money out more easily. The million rand or 10 million rand allowances allow people to quickly externalise money. You see a lot of people still want to keep their money in a wrapper structure, which is often very tax efficient in South Africa, but then within that wrap structure, they will move into offshore solutions. So, there’s definitely been a positive trend in the last several years of people externalising capital.

But it’s not something new, people have always wanted to do so. And I guess it also depends on your excess disposable income and savings. How much can you afford to take outside South Africa? The rand has remained reasonably resilient over the last several decades. If you look at the deposit rates you earn in ZAR, versus the deposit rate you would have earned overseas in certainly the last decade, you’re compensated to a large degree by higher fixed income and domestic deposit rates. So you’re not that much worse off than one would think over a long period of time, because you are paid more in ZAR. But then you’ve obviously got concentration risk to one country and one currency and I think that’s why people also want to diversify.

We’re more long term investors than short term investors, so we’re not trying to tom the market over a month or a quarter. However, having said that, if one was trying to do that, I think that it’s likely we have a correction in the first half of next year, as you get headlines of recession and increasing unemployment and poor economic data coming out. So, it wouldn’t surprise me if you have a correction in the first half. And that correction will be caused by company earnings being weaker, GDP numbers printing lower. I think inflation has started to come in and will continue to do so, which is a positive.

And there’ll be a point in time where the Federal Reserve, being the major Central Bank of the World, does pivot to more dovish rhetoric. And I think at that point it’ll be when the economy’s weaker that you’ve seen unemployment start to rise and inflation really start to drop. And that will probably be the impetus for the next cycle potentially. But I think investors should expect volatility in the first half, for sure, as you see weak data come out.

And in the second half of next year, I’m more optimistic. I think by that stage you would have had a lot of the bad news behind us. Hopefully we’ve made more progress relating to the Russia, Ukraine situation. You’ve already started to see energy markets rebalance, supply chains working again. And so inflation is coming in. There are markets which will feel more pain. For example, here in the UK, as you would have read the recent unions and sort of labour unrest and strikes taking place throughout the month of December, could cause some type of wage inflation spiral. I hope that’s not the case.

So, you know, an economy like the UK might struggle to bring in inflation to the same degree as perhaps the US. We have a more flexible labour force. So it’s going to be quite different around the world as you see the data come out. But investors should certainly expect some more volatility in the first half. This has been a very strong Q4 thus far and, you know, it’s been a nice respite after a very brutal first nine months of the year. But valuations are more attractive if investors have a ten year time frame.