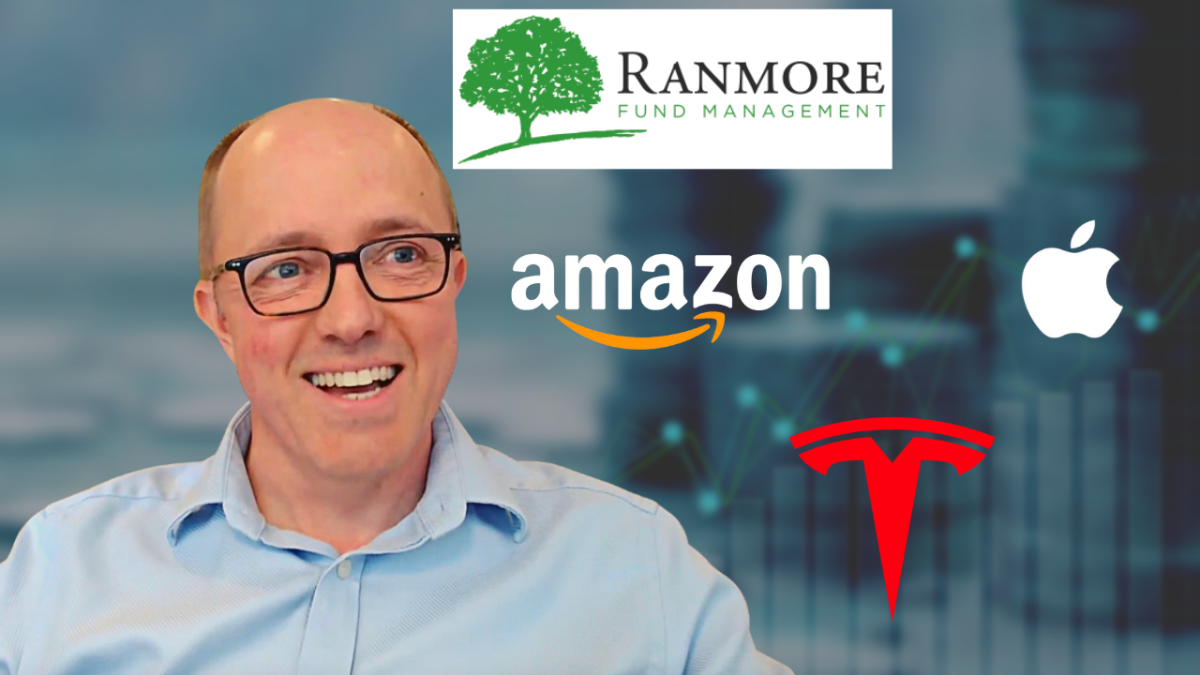 Ranmore Funds founder Sean Peche is warning us to expect the unexpected in the New Year, offering “Surprises” that could shake up the performance of investment portfolios. Leading the pack is the warning of a 50% drop in the share prices of Apple, Amazon and Tesla – with Putin pulling out of Ukraine and European shares beating the pants off Americans also on the list. He spoke to Alec Hogg of BizNews.

Find Timestamp from the Interview Below:

The interesting thing is if you have a psychological challenge now because you don’t have to take your losses, many people don’t want to take their losses, they anchor to what it was. Whereas you’ve got to say, well, hang on, if my cat crawled across the keyboard and sold all those shares tomorrow, would I buy them back tomorrow? That’s the way to look at it. Small caps beat large caps, I was quite convinced about that. It didn’t happen. Large caps marginally outperform small caps. This is the world index, which is quite interesting in that regard. So because it has been a volatile year, I’ve got that one wrong. Europe beats the US. Now this is an interesting one because remember I made this surprise before the Ukrainian war. And so if you’d known that you were going to have the Ukrainian war and natural gas prices were going to spike and all the rest, you will see if you’d done that on the 7th of December when I did it last time. You will see Europe is going to get smashed by the US and Europe is a hit. How about that?

On fund managers being greatly bearish on Europe

I suppose what you do have in Europe is you have lots of tech companies, you have banks and financial companies, and those do well with interest rates and inflation. But the point being, if you look at some of the Bank of America surveys, the fund managers worldwide are massively bearish on Europe. If I got a pound for every time somebody told me Europe was a basket case, I could probably afford a very nice basket.

On US inflation falling

So this was the US inflation, the blue line. And then you’ve got the red circle up at the top, which is where inflation was on the 7th of December, and I said it would fall. Well, it carried on going up a little bit. It’s kind of where it was back then. So I don’t get the point of that. I wouldn’t say, “All right, the dollar falls 10%.” Well, that hasn’t happened. The dollar has actually risen by 5% and this is against the euro. So you can see it has pulled back recently. But I think with the rising interest rates in the States, it would be rushed and with that Fed move that we saw earlier, people move to the dollar in search of higher yields. I’ve got that one wrong. And oil hits 100. So the red circle is where we were – oil was $70 at the time. The hundred is the red line. You can see when the invasion happened, it was actually creeping up towards 100 even before the invasion. Then it obviously spiked. It has since pulled back to just some 77 or so. So probably I could get a point for that because it did hit 100 at some point and stayed there for a big chunk. But again, the unexpected war impacted that as well.

On forecasting and predicting inflationary movements

We focus on the bottom up. So with my views on inflation, I was seeing that coming through from what companies were saying in their conference calls way back when. And that’s why everybody’s going on about this being transitory. And I was saying hang on, it’s not going to be transitory because food companies are saying that they hedge for a bit so they’re protected for the first bit and then those hedges unwind. So this is going to be eroding. It’s going to go from one to the other. The initial causes of inflation were supply chains, the cost of shipping a container across, it was used cars, it was chips. Well used cars have collapsed, container prices going back to where we are and inflation is still 7.1%. So you can see how it’s handed the baton over to other things. And now what we have is wage inflation. We’ve got strikes today here in London and the UK. And so you can see how it’s just moved. Everybody is going well, there’s no way I am taking a 2% wage offer, you know, inflation is running at 10% here in the UK. – where is my 10%? Otherwise I’m getting poorer.

On the expected Europe-wide recession

This is from the Bank of America survey the other day: almost all investors expect a Europe-wide recession. And the blue chart below is the natural gas price here in Europe, it’s the Dutch TTF price. So my forecast: European energy price collapse, so no European recession because if Russia retreats and energy prices collapse, we get no recession. So they’re kind of linked. But I just think when everybody is expecting a recession and this is the funny thing about surprises, if everybody is expecting a recession, it’s in the price. People have had eight months to sell European equities – who’ve they been selling European equities to? To firm hands. People like me, we’re not selling them just because of our 2% tomorrow. And if the war does end, you’re going to see fireworks in Europe. So no European recession. That would be my call.