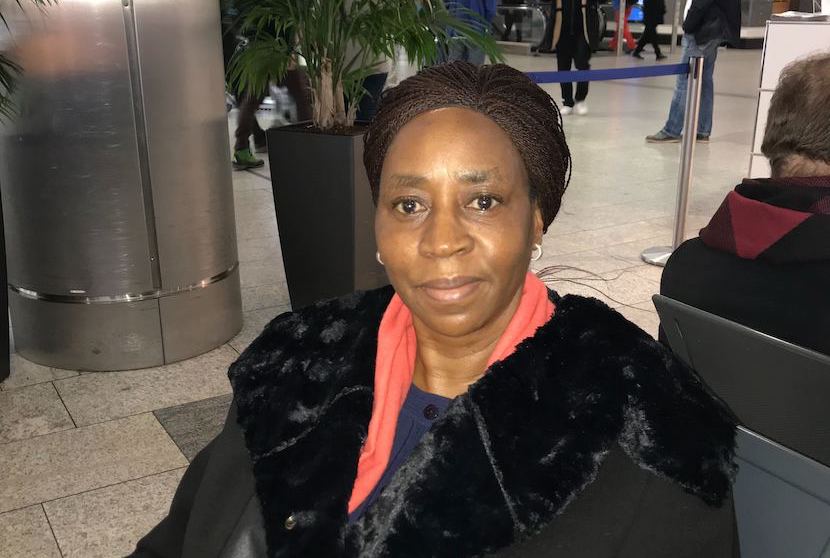 The attacks on foreigners in South Africa that took place last year have been widely criticised by other African governments with the Nigerian government taking the unusual step of repatriating 600 citizens after it led to tensions between the two countries. Xenophobia and refugees are the issues that South Africa’s ambassador in Switzerland, Sankie Mthembi-Mahanyele says foreign governments most often question her about. Biznews ran into the ambassador where she was waiting for the arrival of the Minister of International Relations Naledi Pandor at Zurich Airport. Referring to the World Economic Forum in Davos, she said that South Africa wanted to take the opportunity of assuring foreign investors that the Government is tackling the issue of growth and Eskom. – Linda van Tilburg

This coverage of the global conversation on change is brought to you by BrightRock, the first ever needs matched life insurance that changes as your life changes.

Refugee and migration challenges are global. We’ve been trying to impress upon people to see the need to accommodate our side of the challenge in the resident country where people are, as well as the domestic laws. First of all it’s very important and critical that individuals who locate into South Africa are registered. They are known. For so many reasons. Whether they applying for asylum or trying to look for a job, they need an ID. The second thing is that it’s also going to be important at the human level if something happens to an individual. There must be a checking system with their next of kin. Thirdly, it’s important to assist government with the issue of the population register. You can’t go out and provide services unless you know how many people they’re providing for. You need accurate numbers before you even provide the service so you need a budget. These are very important issues.

Another issue that impacts the overflow of the population is around education, health and housing. When they go to a hospital, they need to be registered. We need to register people to know where they are. At the same time, you also need to know who is who. Not everybody coming in may be innocent and that is why the Minister of Home Affairs – Aaron Motsoaledi – has come up with a bill that requires people to understand that we cannot just openly and automatically let South Africa be a ground for political activities that we are not aware of, because this is going to put us onto a confrontational situation with our neighbours, with other countries in Africa, with other countries in the world. We will be accused of accommodating – in certain situations – criminals running away from the law in their own countries. It may be people subverting their own government. You can’t have them in your country if you don’t know who they are.

There’s a lot happening in the world and the world has become so small that people find it easy to move. So people need to understand that. However, South Africa, being a country that has had a lot of people in exile, we understand exile and refugee conditions. It should be understood that the population that was outside of South Africa were political refugees and they were managed by the United Nations High Commissioner for Refugees. They were managed and coordinated by the local government. They were registered and offered travelling papers by the domestic governments. So it wasn’t laissez faire. For security reasons, there needs to be an understanding and not project South Africa as a hostile country.

South Africa is making its case for investment here in Davos, what do you as an ambassador to Switzerland tell investors why should they invest in South Africa.

People should have an interest in investing in South Africa because of many reasons. One is that South Africa provides an infrastructure – an economic infrastructure – that will allow them to be able to operate in an environment they’re familiar with. The level of infrastructure inside South Africa is very high. But secondly South Africa has got a lot of opportunities for people who want to come in because they don’t need to worry about how they’re going to manage their financial resources. We have some of the well-established internationally known banks that have been in the environment for many years and have operated in such a manner which holds them in high esteem. So they’ll be able to do their financial exchanges and operations with ease. They need to be aware of the fact that we’ve been continuously working on improving the way we do business. There is business at home. We’ve got one stop stations to register their company, you’re able to get all the information that you want, you know where to go and who to talk to in one spot.

But they say growth has been slow, Eskom is weighing the economy down. What do you say to that?

We’ve done a lot since last year. For an example to deal with issues of energy. We’ve taken the position through government, cabinet and Minister of Public Enterprises to restructure Eskom. It’s going to be broken down into three pieces – generation, distribution and transmission. That in itself is going to allow us to locate the relevant expertise to those different areas of energy. It’s a great improvement. The board has been restructured, we’ve got new people, we’re looking at improving the funding and addressing the debt. We’ve got new management employed in Eskom, all of those are steps that have come in a few months.