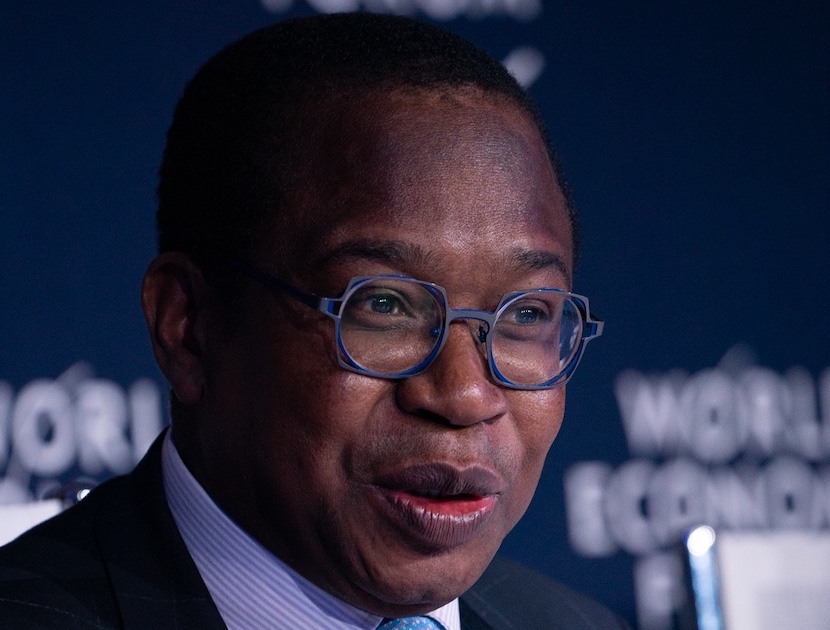 LONDON — Zimbabwean Finance Minister Mthuli Ncube went on a charm offensive to the United States but returned empty-handed. The country even hired a lobbyist group, Ballard Partners Inc, a former fund-raiser for Trump, but so far it is to no avail as the US has renewed the sanctions that prevent Zimbabwe from getting finance from lenders such as the International Monetary fund. If Zimbabwe’s leaders think that slogans such as “We are open for business”, lobbying and some economic reform while cracking down on protests are going to open the sluice gates of investments,  the message was clear; that it is not enough. President Cyril Ramaphosa who is keen for sanctions to be lifted against Mnangagwa will visit the country next week to discuss possible financial assistance to its beleaguered neighbour. It is time for Ramaphosa to be bold and tell President Emmerson Mnangagwa that real economic and political reform is needed. Barry Wood, who recently visited Zimbabwe writes that without painful austerity and the credible dialogue involving all sectors of Zimbabwean society that the US called for, the country’s downward slide will continue. – Linda van Tilburg

In meetings with US and international officials the Zimbabwean finance minister said his country “is open for business,” wants foreign investment, and is implementing market-based reforms. In appealing for a lifting of economic sanctions, Ncube downplayed the brutal crackdown on dissent in January that left several people dead and many more injured.

But Ncube’s interlocutors were unconvinced as during his visit President Trump renewed the sanctions that prevent Zimbabwe obtaining needed financing from multi-lateral lenders including the International Monetary Fund. Trump’s statement said the sanctions will remain until restrictions on protests and media freedom are lifted.

Also during Ncube’s visit, two top former American diplomats published a scathing analysis of the 2017 coup that overthrew 93-year-old Robert Mugabe who ruled Zimbabwe for 37 years. Bruce Wharton, US ambassador to Zimbabwe from 2012-2015, and former assistant secretary of state for Africa, Linda Thomas-Greenfield – write in Military Affairs that Zimbabwe has not changed.

“As the events of January 2019 have shown – the grossly disproportionate use of police and military force to stop protests and looting – Zimbabwe’s government/ruling party remains willing to do whatever it takes to remain in power.”

The retired diplomats say the real power in Zimbabwe is the army’s Joint Operations Command. Top military commanders, they assert, beginning in 2008 gained control of the country’s diamond fields, enriching themselves from partnerships with Chinese mining companies. “Public support for President Emmerson Mnangagwa and hope for reform is being trampled out of existence by the brutal actions of security forces in January 2019.”

Washington is more than just another foreign government when it comes to Zimbabwe. The 2001 law, Zidera – the Zimbabwe Democracy and Economic Recovery Act, requires Washington oppose International Monetary Fund and World Bank loans to Zimbabwe until there has been substantial advances towards democracy and economic freedom. Nearly 150 Zimbabweans – including President Mnangagwa – are banned from traveling to the United States because of alleged human rights violations during Robert Mugabe’s presidency. Mnangagwa and his vice-president, General Constantino Chiwenga have been implicated in the Gukurahundi massacres of over 10,000 members of the minority Ndebele tribe in the 1980s.

Ncube, a respected academic and former chief economist at the African Development Bank, came to the finance ministry in September to bring order to public finance and activate Zimbabwe’s ruined economy. His initial moves, like boosting government revenue and trying to overcome monetary chaos – have won applause. In Washington he met with IMF managing director Christine Lagarde who said market-based reforms are steps in the right direction. Ncube said that restrictive indigenisation laws are being repealed and that foreign investors will be allowed to have majority ownership in platinum and gold mining. Investors are eager to get back into Zimbabwe, which is mineral rich, including lithium and platinum.

But back in Zimbabwe there is scant evidence of progress. Fuel and food queues are still evident and a United Nations agency says 1.5m Zimbabweans aren’t getting enough food. Food prices have doubled in recent months.

Arguably the biggest short-term problem for Ncube is the foreign exchange market. While the government recently devalued the electronic currency and the surrogate currency known as bond notes, there is skepticism that the current rate of 2.5 to the US dollar will hold. Zimbabwe is broke, with a pile of unpaid bills that stoke inflation and create shortages. Experts say that absent significant foreign financial assistance Ncube’s reforms are unlikely to succeed. There are also doubts that the authorities are willing to undertake painful austerity measures like cutting the bloated government work force. Unemployment exceeds 80% and inflation is over 100%.

At the time of the January unrest the US state department called for dialogue involving all segments of Zimbabwean society. That dialogue, it said, needed to “be credible, inclusive, and mediated by a neutral third party.” That has not occurred, meaning there is little prospect of US sanctions being lifted.