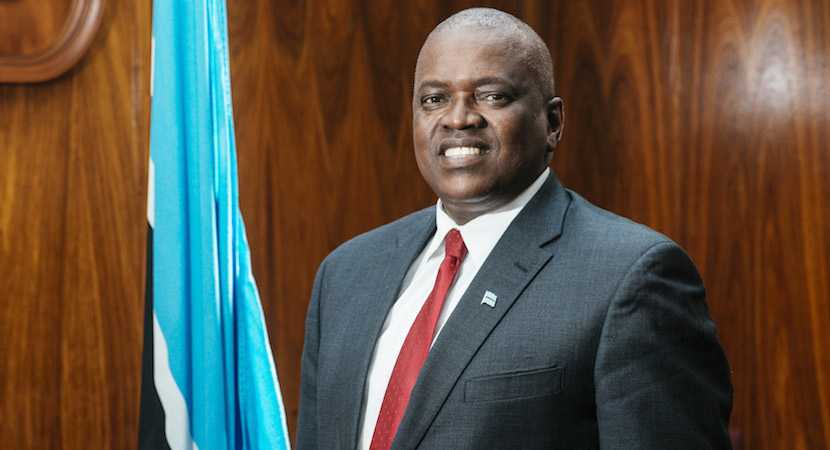 CAPE TOWN — In Botswana next month it’ll be shades of political déjà vu for South Africans. That’s because the Tswana’s will be closely emulating the highly divisive December 2017 ANC Nasrec Electoral conference – just without the captured spooks spying and ousted, corrupt incumbents crying. Botswana’s former deputy president, Mokgweetsi Masisi, having succeeded President Ian Khama, has been changing everything around, much to the dismay of his predecessor. The crucial difference to South Africa however, is that strangely, in the buoyant land of sparkling diamonds, corruption is unfamiliar. A full 96% of surveyed citizens say they’ve never bribed a government official, but more saliently, Botswana is ranked the least corrupt country in Africa. South Africa scored 43 on a scale of zero (highly corrupt) to 100 (very clean) on the global Corruption Perceptions Index last year, (Botswana 58). Now we have a Botswana leadership battle raging ahead of the ruling party’s elective conference, with Khama pitted against the man he hand-picked to take over, complete with a favoured woman candidate ready for a restorative take-over electoral bid. Things soured badly when Masisi denied Khama benefits and reversed flagship policies. Now it’s an all-out party war as a quickly-formed opposition coalition grins in anticipation. – Chris Bateman

(Bloomberg) – Botswana’s ruling party is in the midst of its worst crisis since taking power in 1966 as a leadership battle rages ahead of an elective congress next month.

A political feud between President Mokgweetsi Masisi and his predecessor, Ian Khama, has exposed divisions within the Botswana Democratic Party as it’s preparing to hold a leadership vote on April 5 and contest general elections later this year. The rift is unusual in the world’s biggest diamond producer after Russia, and poses a threat to the party’s ability to retain the power it’s held since independence.

While Khama, 66, hand-picked Masisi to succeed him by appointing him vice president in 2014, the former allies have grown increasingly critical of each other since Masisi first of all allegedly denied his predecessor benefits and also set out to reverse some of his flagship policies, including a hunting ban on elephants and high levies on alcohol to curb consumption. Khama is now supporting a bid for the party leadership by Pelonomi Venson-Moitoi, a former local government minister who was fired by Masisi when she announced she would challenge him next month.

“This is something so unusual, something that has never happened,” said Leonard Sesa, a political science lecturer at the University of Botswana. “If it was only about Venson-Moitoi challenging Masisi, it would be something welcome for democracy, but the underlying issues between the two leaders are putting our reputation as a country in danger.”

Botswana, which has never experienced civil war or a coup, has Africa’s highest credit rating at Moody’s Investors Service. In addition to diamonds it depends on tourism for its foreign exchange earnings.

Since assuming office in April last year, Masisi, 57, oversaw several key policy decisions that marked a clear departure from Khama’s administration. The government cut alcohol levies to 35% from between 50-55%. While Khama supported Tibet, Masisi embraced the One-China policy and traveled to Beijing in September – the first such visit by a Botswanan president since 2006. Even more controversial are Masisi’s efforts to review a hunting ban on elephants in the country with the world’s largest population of the endangered animals.

Masisi told reporters in an informal briefing last month that the ruling party won’t stay in power if he doesn’t reverse some of Khama’s policies. Farmers, for example, complain that elephants are damaging their crops. The BDP’s popularity has declined in recent years, obtaining a record low of 47% of votes in the last election in 2014.

“Khama is very popular countrywide, but Masisi has the authority and power as president of both the party and the country,” said Sesa.

A son of Botswana’s iconic first President Seretse Khama and still hugely influential since stepping down, Khama wants the hunting ban maintained. Analysts say the relationship between the two first broke down when Khama claimed he wasn’t getting the privileges former presidents are entitled to, including access to government aircraft and the right to name a private secretary.

In a direct slight of Masisi, Khama flew to Tibet last week at the invitation of the Dalai Lama to encourage Tibetans to continue the struggle for self-rule. Before boarding a plane in neighboring South Africa, Khama told reporters Masisi isn’t doing a good job and urged him to reconsider his policies.

“What I’m seeing now is a totally different person than the one I knew,” he said. “Please, could he bring back that act again so that the country can move forward and enjoy the reputation it has always had.”

The Directorate of Intelligence and Security (DIS) has noted with concern the statement by former President Lt Gen Dr Seretse Khama Ian Khama during an interview with South African Broadcasting Corporation (SABC) recently.

Attempts at mediation between the two men have been unsuccessful, according to Venson-Moitoi, who said she tried to facilitate talks. A split in the ruling party “is not a position one would want to go into a national election with,” she said. The BDP is competing for votes with an alliance of three main opposition parties.

Should Venson-Moitoi win the party leadership, she’s supposed to run in the general elections as the party’s presidential candidate, while Masisi remains on as president.

But the ruling party is confident that the dispute between its current leader and his predecessor will not impact the October vote, said BDP spokesman Kagelelo Kentse. The party “has its eyes on winning the 2019 general elections with a landslide and nothing is going to derail that,” he said.