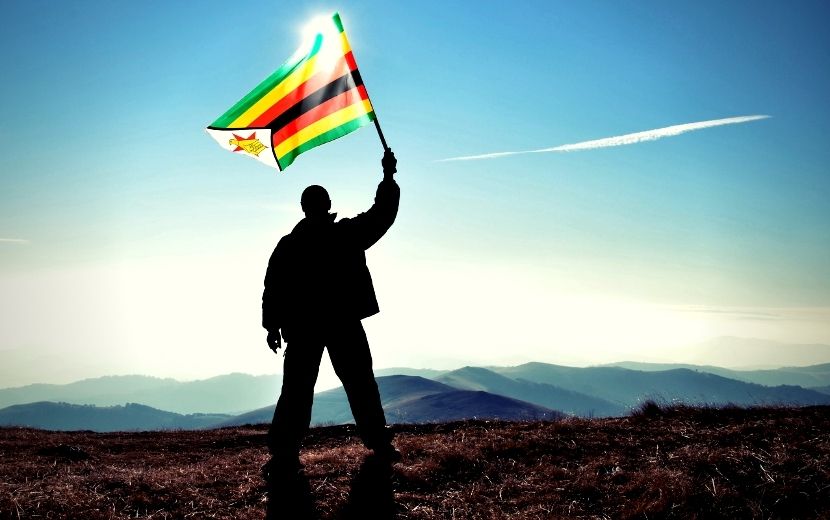 Hope is a scarce commodity in Zimbabwe – a country that has been in a state of turmoil for decades. Positive news headlines relating to Zimbabwe are just as scarce. In this poignant piece by Zimbabwean author Cathy Buckle, she explains how unexpected hope came about in the last two weeks in the form of news headlines relating to a Zimbabwean High Court ruling which challenges a ‘retrogressive, controversial constitutional amendment’ which was recently passed by parliament. The ruling is a welcome setback to  both Zimbabwean President Emmerson Mnangagwa and his influence over the country’s judiciary. – Nadya Swart

On a deeply shaded road under a low, cloudy sky, the mist kept reaching down and cloaking the giant trees in Zimbabwe’s Eastern Highlands. This is the Zimbabwe of huge kopjes and towering mountains, of clear cold rivers, stunning scenery and spectacular waterfalls. It was a bad road, progress was very slow, navigating the red earth through potholes and around gullies, bumping over roots and rocks and veering away from eroded edges. Suddenly there was movement in the dense undergrowth, leaves quivered, grass stirred, petals and seed heads glistening with beads of moisture dripped at the disturbance. And then there it was, a small, dark animal with a blue/grey sheen, not even as tall as my knee, the beautiful Blue Duiker stepped out into the road. For a moment I drew in my breath to watch this rare sight but then it was gone as quickly as it had come, instantly invisible as it slipped away into the thick bush. The wonderful and unexpected sighting of a little Blue Duiker was such a treat, reminding me of the wealth of hidden treasures in our beautiful, beleaguered country that, despite everything that has happened, have somehow managed to survive and are there still, waiting to lift spirits and revive hope when you need it most.

Unexpected hope also came this past fortnight in the form of news headlines where phrases included: ‘Landmark Ruling,’ ‘Historic Decision,’ and ‘Seismic Judgement’ as Zimbabwe witnessed a dramatic and very surprising turn of events following the retrogressive, controversial constitutional amendments recently passed by parliament. One of the amendments to our country’s constitution has enabled the President to appoint judges rather than going through a process of public interviews and allows the President to extend the retirement age of senior judges from 70 to 75 years if they proved they were in good health. The amendment came into effect just days before Chief Justice Luke Malaba turned 70 and should have retired. Lawyers immediately challenged the amendment in the High Court where three Judges made their very welcome and unexpected ruling saying: “In view of the decision that we have reached, Honourable Malaba ceased being a judge and Chief Justice at 0000hrs on May 15, 2021.”  The Court also said that the constitutional amendment should have gone to a referendum before becoming law.

Before the dust had even settled on the dramatic ruling Zimbabwe’s Justice Minister, Ziyambi Ziyambi declared the ruling as “baseless and meaningless” and said: “I want to make it clear today that we do not accept the decision of the High Court. We have a serious situation of a Judiciary that has been captured by foreign forces in this country.” (Newsday) Minister Ziyambi said there were “elements both within and outside Zimbabwe” who wanted to “destabilize the second Republic.”

The President’s spokesman, George Charamba, responded to the High Court ruling by tweeting: “Enjoy while it lasts! We are fighters, trust us.” President Mnangagwa also took to Twitter and said: “In Zimbabwe, the independence of our judiciary is vital to the survival of our democracy. When our courts speak, all Zimbabweans should listen. The Government of Zimbabwe wholeheartedly respects the independence of our judiciary.”

The legal wrangling continues as I write with long words and even longer statements being pronounced but no clarity yet on how this seismic, historic, landmark ruling will turn out or if we dare to hope that Zimbabwe begins to blow the dust off the old ways and bring in the new. For the moment anyway, it’s not the same old same old in Zimbabwe and like the little Blue Duiker in the mist, we hold our breath and watch and wait.