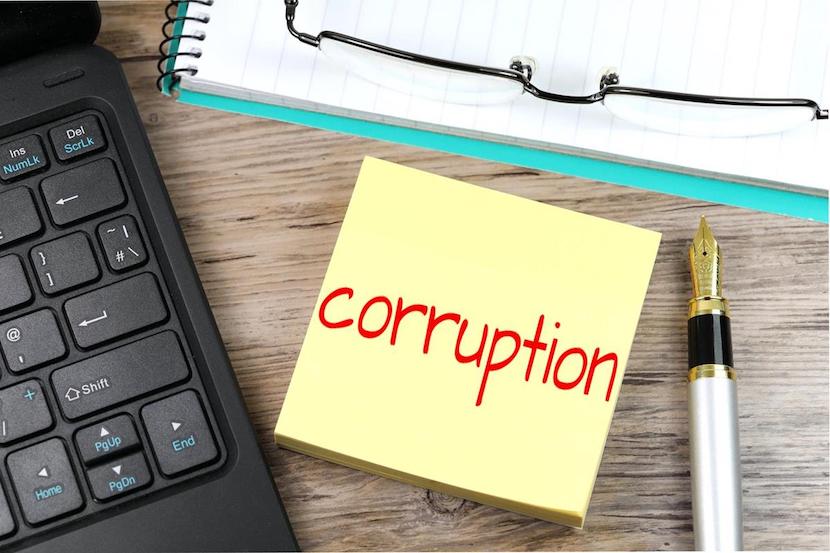 Myriad problems in South Africa, including rolling blackouts, water shortages, a shaky health system and trains that no longer run can be attributed to corruption in the country. Since January 2012, Corruption Watch has fearlessly embarked on an ambitious project to mobilise the public to report experiences with corruption and hold leaders to account. Leading the charge is David Lewis, the executive director of Corruption Watch in South Africa. David is leaving the organisation at the end of December and he told BizNews he does see a silver lining in the dark cloud of corruption in the country but he emphasized the need to speed up prosecutions. Lewis believes brave whistle-blowers should be treated like celebrities. – Linda van Tilburg

Mobilising the public to report corruption since 2012

Well, we didn’t really know what we were going to achieve, I mean, all we knew was that the country had a serious corruption problem. Interestingly, Corruption Watch was initiated by Zwelinzima Vavi, who was then the head of Cosatu. People have probably forgotten but at the time, he was one of the few public figures who was outspoken about corruption. He was receiving reports from the public and his own members. He brought together some of his old trade union comrades to try and help deal with this.

[Bribing traffic cops] – a lot of South Africans do things that way. One of the unusual things about our organisation is that because we ask the public to report experiences of corruption, we have developed knowledge and an understanding of how damaging the so-called petty corruption is. Traffic cop bribes fall into that category. In the townships, it happens in almost every single interaction with public officials: services, housing officials, licensing officials or the traffic cop when people are going in taxis to work in the morning. Schools were among our biggest volume of reports, with corruption in the management of school budgets. Each [incidence] on its own does not amount to large sums of money. Collectively, they do, but even more damaging than that, these are the places where people make up their minds about the quality of their government, the quality of their politicians.

They stop voting and they take the law into their own hands. The government does not underestimate the impact of petty corruption. So yes, that traffic cop thing feels like an innocent act, it is victimless. Who really cares? You part with R100 and you avoid a R1,000 fine. The traffic cop is happy, you’re happy. Those people who aren’t happy are the ones whose family members get killed by drunk drivers and those two are linked. People think this is an exchange between a crooked traffic cop and a crooked driver. In fact, the driver has to pay the person who sent him on this lucrative route, the router has to pay his senior officer, so it’s an entire system of corruption.

Prosecution of corrupt officials must speed up

I’m concerned … everybody is. I think I am a bit more understanding than the average member of the public, but that doesn’t make me any less concerned. Those institutions – the NPA, the Hawks, the police – were unbelievably damaged during the Zuma administration. None of us appreciated how badly damaged, particularly the law enforcement agencies, the state-owned enterprises and local government were during the Zuma period. And criminal prosecutions under any circumstances have to be done very carefully and take a long time. So, I have some understanding of why it is so slow, but they have to speed it up. It’s not only them to blame; the government has to provide more resources to the NPA.

Although, I don’t think that is the main obstacle, they have to find more skilled resources. At the moment, the only place [to quickly source skilled resources] is from the private bar and the private sector. These should be people who are paid whatever necessary to conduct these investigations and prosecutions. It is a worry because [it may well appear as though] there’s nothing being done here and that’s not entirely true. The Shamila Batoyis and General De Beers are working 18 hours a day. But, immediately underneath them, there are other people working as hard to undermine them.

There is no combating corruption without whistle-blowers. It is an unusual offence in that sense. It is an exchange conducted between two consenting parties and [sometimes] the only way the beans are going to be spilt is if one of those parties feel they are about to be caught.

In big companies, when whistle-blowers are fired, ignored or whatever, it’s the same purpose and the same consequence. So, you can never protect them enough. I think the way to protect whistle-blowers, this is often counterintuitive, is not to hide. But this has got to be done very carefully. Make them celebrated members of society. Have the president visit them and award them some national order for doing what they’re doing. This would make them reasonably untouchable. There is no way a whistle-blower can ever feel completely protected, which is a great pity. You have to appeal to somebody’s civic duty.

You mentioned Cynthia Stimpel, I mean, Cynthia has that in spades. Colleagues or sort of comrades of hers who have blown the whistle have had a terrible, terrible time of it. The people who blew the whistle on Eskom have been appallingly treated. The complexity with whistle-blowers is that there are whistle-blowers and whistle-blowers. There is Cynthia Stimpel and there is Angelo Agrizzi and they are not the same type of whistle-blowers. Some are doing so because they are saving their own skin. Cynthia blew the whistle from the minute she saw what was going on. I was on the board of South African Airways at the time, and she was really courageous and she paid a price for it in the end.