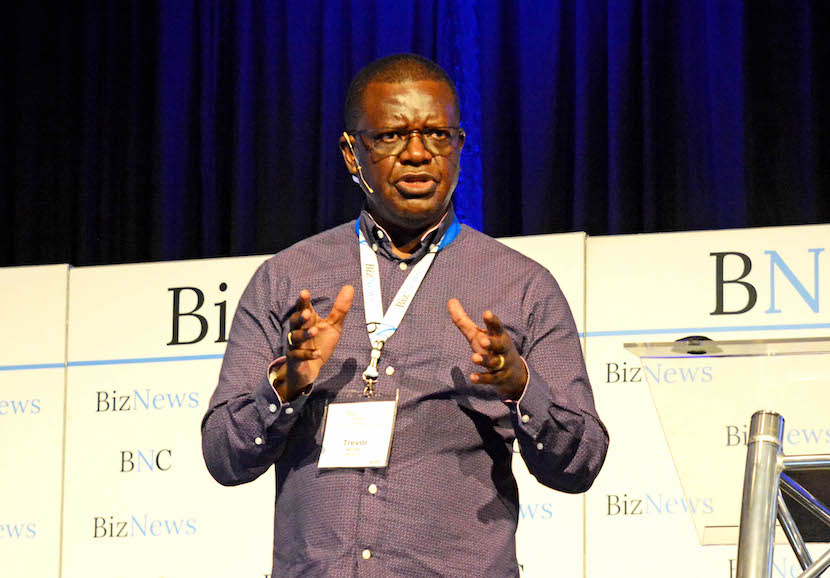 Our neighbour to the north, Zimbabwe, is in a torrid way. It has been for some time but it seems the status quo, despite having a new coup-imposed leader since late 2017, is not budging. The outlook in the short term remains bleak. Recovery in the long term remains a possibility though, according to Zimbabwean entrepreneur and media mogul Trevor Ncube.

He was speaking on the final day of the BizNews Conference in the Drakensberg about whether Zim presents opportunity for investors or is currently a basket case of a country. It is the latter that shone through in his comments. This isn’t a case of: those without sin casting the first stone. South Africa and Zimbabwe share a common enemy it seems; a political elite content with stuffing their pockets to improve their lives at the expense of their people, and the unfortunately not-so-lesser spotted pothole. 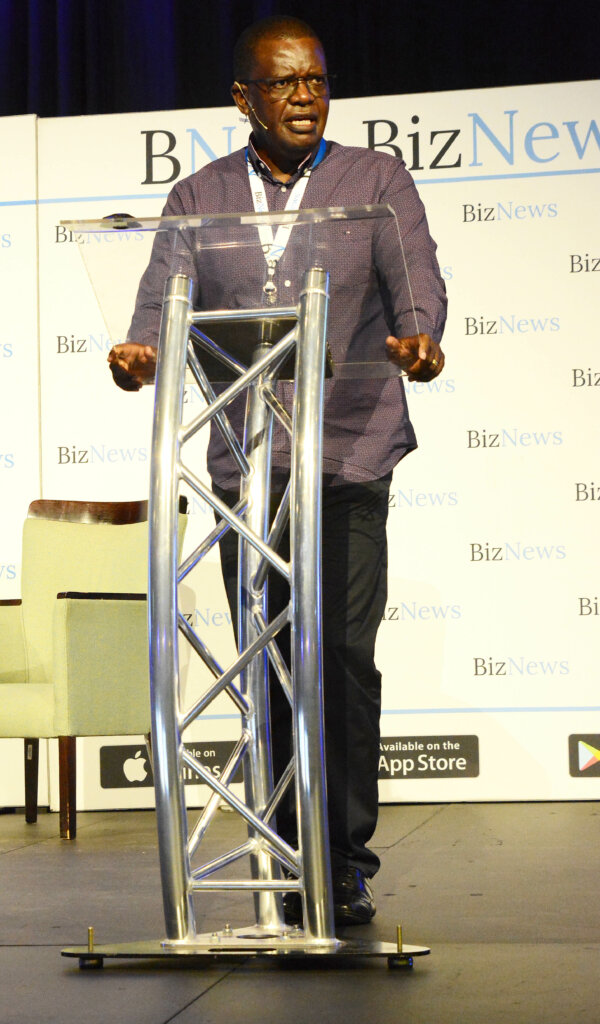 Ncube jokes we have some way to go before we can compete with Zim’s potholes; they are in a class of their own on that front. But, having travelled this country far and wide, mostly for service delivery and corruption-related stories, I can tell you we simply cannot be far behind.

Zimbabwe gained its independence 14 years before democracy came to fruition in South Africa. And, perhaps Zimbabwe’s made enough mistakes of its own since then that it would be remiss of this country not to heed the lessons dearly learnt north of the Limpopo.

It was Winston Churchill who, in 1948, told the House of Commons: “Those who fail to learn from history are condemned to repeat it.” There are populists in this country seemingly intent on making sure we make those mistakes … and then some.

Robert Mugabe imprisoned me. Took away my citizenship. Look who is still standing. I follow my convictions. Not fear of imprisonment. Not crowds. Not intimidation. But my inner spirit.

The current state of Zimbabwe must, therefore, be a cautionary tale that inspires us to step back from the brink of a “failed state”. Ncube says his country is playing a losing game of chicken with this. Although, it’s not all doom and gloom. Zimbabwe is endowed with roughly 40 minerals including diamonds, gold, platinum and what is said to be the largest reserves of lithium on the continent. Tobacco remains Zim’s biggest export, followed by soy beans. About 70% of economic activity comes from the informal sector. Tourism is critical to our neighbour’s economy but the sector is hamstrung by ageing infrastructure; Ncube reveals national infrastructure like roads, water reticulation and railways have not been upgraded in 42 years.

“In Zimbabwe, the road network has been declared a national disaster. National funds are being deployed to build roads. Of course, that brings with it an opportunity for corruption, but also investment,” says Ncube.

Robert Mugabe ruled Zimbabwe until a military takeover – which they somehow refused to recognise as a coup – deposed the old man. On 24 November 2017, there was a buzz across the new Mugabe-less, former bread-basket-of-Africa as Emmerson Mnangagwa took the reins. Some 67% of its population is under the age of 35. They had only ever known Mugabe. Ncube, who returned to his nation of birth when Mugabe went on garden leave, initially gave Mnangagwa a chance but admits he was completely wrong.

According to Ncube, the lesson they’ve had to take from Mnangagwa’s installation as Number 1 is: “Anyone who embarks on a coup does not do so because they want to promote democracy and widen economic prosperity. The people who launched the coup in Zimbabwe were interested in protecting their personal interests, ethnic interests, business interests, and economic interests. It was not for the benefit of anyone else.”

Since Mnangagwa or Ngwena – Shona for ‘crocodile’ – came to power, many Zimbabweans have experienced buyer’s remorse. “We thought Robert Mugabe was bad, but sadly, Emmerson Mnangagwa has shown an amazing degree of doing things worse than Mugabe ever did. Perhaps the most frightening is the mutilation of our constitution and the capture of our judiciary.”

Zimbabwe is teetering on the brink of failed state status in which the police force is an instrument of politicians. Parliament is where mediocrity is displayed in full force and fails to do any oversight.

“Our currency is losing value like someone opening a tap. Yesterday, US$1 would cost you ZW$127 on the official market. On the parallel market, it is between ZW$220 to ZW$300 [for US$1].”

Considering all these factors, Ncube adds, “Where I stand right now on Zimbabwe, I’m very negative and pessimistic about where the country is. In the long term, I am fairly optimistic.” He has no belief Zanu-PF can self-correct or that there is any opposition political formation that does not cling to the notion of ‘it’s our time to eat’, should the political reins change hands.

As for South Africa, having lived here for 18 years, Ncube says he has witnessed the “Zanu-fication of the ANC [back in 2002 already]” … an opinion that has landed him in hot water with our governing party.

But he is adamant, “This has been happening in South Africa. The undermining of institutions. The elevation of people who should not be in certain positions. Cadre deployment means you’re not getting the best people to run the country. Cyril Ramaphosa has lost time in stamping his authority on the ANC. My sense is that there is too much desire on his part for consensus, to get everyone on board. There is a lack of decisiveness on his part. He is a good man. He means well. The disappointment is he doesn’t make decisions. He doesn’t act. Those around him have noticed that. As that is happening, South Africa is going down the drain.”

South Africa’s policymakers have an obsession with reforms that simply have not worked across the border. Ncube says, “Forced taking of farms from white people is a no-no. It doesn’t work. It’s very damaging. Should there be land reform? Absolutely, because there cannot be justification for one race owning chunks of land when others don’t have land. But let’s not make the mistake of saying every black person is a farmer and must be given land. There has to be a market mechanism for deciding the value of the land. And, who is it being given to? People who can farm? If you drive from Harare to Bulawayo, you can see some of the most productive farms that are lying fallow because they were given to the wrong people.”

Ncube’s parting shot to South Africans is to not be fooled by demagogues who play to the gallery rather than provide leadership. Hold on to public representatives who are prepared to make unpopular decisions because it is in the interests of the country as a whole, or find South Africa having even more in common with our neighbours than we ever hoped for.