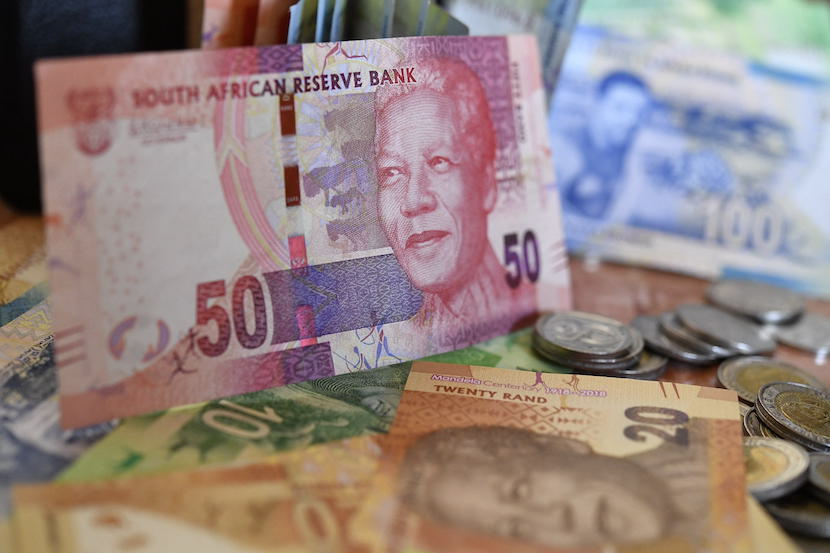 The economic outlook is becoming less rosy as the new Omicron variant weighs on economic activity in the last quarter of the year. TreasuryOne’s Currency expert Andre Cilliers looks at the rand and several other currencies’ performance relative to the US dollar in 2021. While more stringent restrictions are likely to impact economic growth, Cilliers forecasts a positive technical performance of the rand toward the festive season leading into 2022. – Sharidyn Rogers

Andre Cilliers on the drivers of the rand–dollar price

Interest rates and inflation. What was added to it in the last couple of days is Omicron. It’s Covid-19. It is back on the map. We know about the travel bans, we know about, in my opinion, a total overreaction from the world. But that’s playing havoc throughout the world because we are seeing the infection rate going up all over. We’re hearing more and more news of this virus or this mutation on the shores all across the world. That makes people scared. And when you are scared, you take flight to safe-haven currencies out of emerging markets, and that’s why we are seeing the rand behaving so erratically. What is important is that it breaks the 16 and goes slightly above, then retreats during our daytime trading and in the evening it goes up again. There seems to be a fair amount of resilience around this 16 level.

On what the strength of the dollar represents

Well, it represents the view that the Federal Reserve will increase interest rates a lot sooner than what was expected. It’s expected to happen around June 2022, where interest rates will start rising in the United States because Mr Powell has now said they don’t think the inflation is strong anymore and it is there to stay. We’re also seeing the latest figures that came up on Friday in terms of non-farm payrolls and unemployment. Unemployment is down but these cost pressures are on the wages side, and that also drives inflation.

So, the dollar’s strength is here to stay with us for a while. It is a little bit overdone and as we go into the course of the New Year, we might see it stabilising a bit and actually even losing a little. But that also links up with what we can expect from the virus and how that plays out going forward. We know Europe is in its winter season, so they’re more prone to higher infection rates, but if that stabilises next year or early in the new year, we could see the euro picking up some strength and the dollar losing value.

On the South African economy finding its feet

It is possible, but that’s a very, very small likelihood. The South African economy is finding its feet. Our government and our economy are a bit more stable. There are two groups: there are the developed countries and there are emerging markets, but between the emerging market countries, there are very big differences. So, to draw a parallel line between us and Argentina, or us and Brazil, or us and Mexico – whatever it might be – is difficult because when you get into the emerging market space, there are a lot of unique factors that apply to each of them. We’re not in that space of a totally failing economy or government or anything in that sense.

If you look at the Chinese currency, then they are less hampered by the pandemic. The measures that they’ve taken worked for them, so they came out better. Again, can we always believe all the statistics that come out of them? That’s doubtful but they say it is under control. Apart from that, they seem to be having their electricity crisis that they had under control as well. It is still a big economy and a lot of world countries are dependent on what they get out of China and what they send to China. Their economy is still on the growth side, lower but still on a very good trajectory. As far as Russia is concerned, we simply need to look at the oil price and what it has done over the last couple of months. Russia, especially, is in the gas area, a very strong competitor. We also need to look at those energy prices to understand why they are doing so well.

The stock market increased because the interest rates were lowered. That is good for the stock exchange. If you simply think in terms of any company with debt and you lower interest rates, their interest burden comes down tremendously. And if their interest burden comes down, their bottom line goes up. That bodes well for the stock market. We do have a very erratic president. We do have a very erratic government. Hence, I always referred to it as the Turkish Delight because it is a delight to watch what they do, but it is an erratic country. The lower interest rate is the one that supports the stock exchange at this point.

On the volatility of Bitcoin

The volatility of Bitcoin has been with us since it became an asset class on its own. There are all sorts of things that were added, there are futures etc. that were added. That makes it more tradable but it remains an extremely volatile space. It will remain like that going forward for the next couple of years. When you’re in Bitcoin, you have to live with that kind of volatility. There is no underlying value to it. So, there’s a heck of a lot of trading against it. There is also a little bit of manipulation by people, by the big players. You’ll have to live with that. It’s not going to go away.

On the technical performance of the rand going into 2022

As long as we don’t break the 15–18, we’re not going lower. As long as we’re not breaking the 16–15, 16–17 and a half area, we will remain in this trading range between those two levels. If it breaks out on either side, it can move another 30 to 40 cents. My bet would be towards the end of the year that we have a greater chance of actually breaking the 15–80 level, moving down to the 15–60, 15–50 levels, than what we have on the upside, that would be my forecast going forward for the festive season.