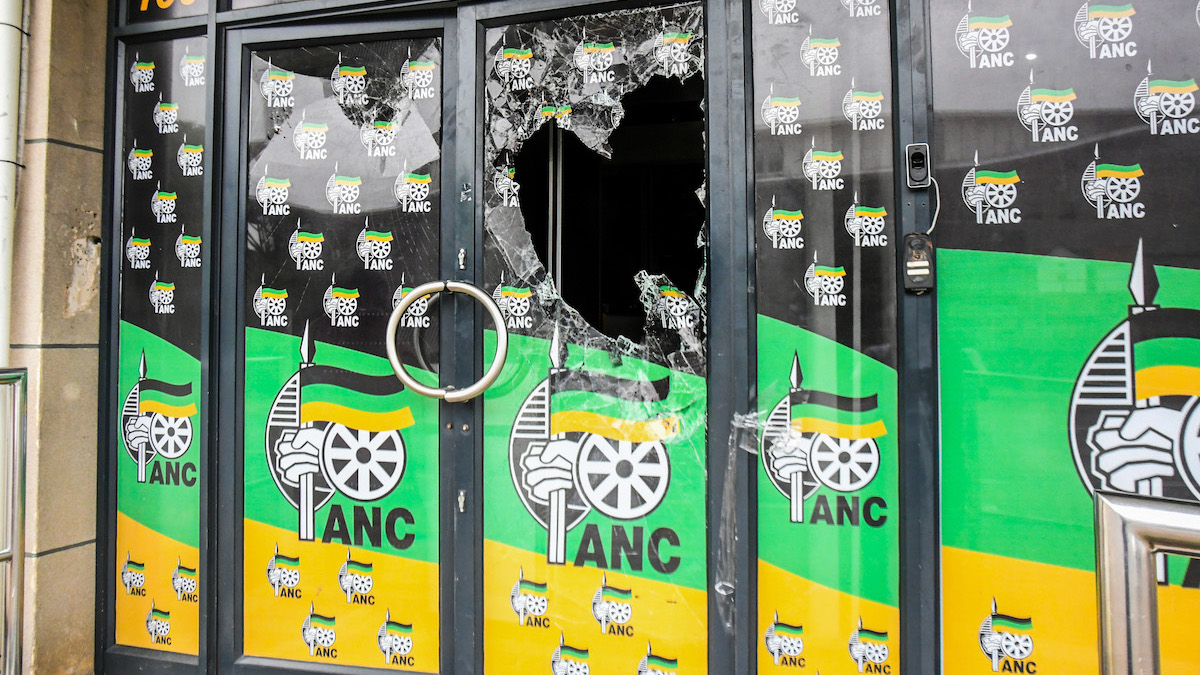 In this impassioned speech at the fourth BizNews conference, RW Johnson explores the turbulent history of post-1994 South Africa and some of the decisions taken by the ANC government at the time which led to the tragic predicament the country now finds itself in.

I remember in the late nineties meeting up with Tony Leon when the ANC had just brought out its document on cadre deployment. And I said, Tony, this is the most terrible thing. This will ruin the state. And he agreed. We both have made a fuss about it, me in the pages of the Helen Suzman Foundation publications, and we were told to shut up and we were reactionaries. And what were we talking about? This was all nonsense. And how could you rock the boat? And, it was just like that for a long time. But as we know, that naivety has now gone and we find that even today that although it’s not completely gone in all quarters, that we do find that many black people, African journalists and others are quite outspoken in the way that they look at things. But let me quote Barney Mthombothi, for example, who I think is a good man. He says, “In hindsight, handing the country over to the ANC has been a bit like throwing pearls before swine. Never in our wildest dreams could we have foreseen the destruction it was about to wreak”.

On the current challenges facing SA

There are many crises: unemployment, inequality, poverty, the electricity crisis, water, sewage, pollution, public hospitals and so on and so forth.

I think that if you look at the situation today, I would say that to characterise it, we need to look at it a bit differently than we have. We know that we’ve been limping along with very low growth for a long time. But I think that we have to face up to the fact that what we are facing is nothing less than a regression, that we are in many respects going backwards. And this is a very new and startling fact, and it’s something that doesn’t actually happen often in history. And we know it’s a rather alarming thing. One remembers, you know, all the talk about the dark ages and so on. But let me just run through with you some of the key indicators. Real GDP per capita has been shrinking since 2014. Eight years now, by 2020, on average, South Africans were 10% poorer than they’d been in 2014. 18.3 million people now live below the poverty line, which is nearly one-third of the population. Malnutrition is common. As people get poorer and unemployment gets higher, people get more and more desperate and we get an increasingly feral society and we see the results in crime, vandalism, looting and so forth. And, you know, it’s very difficult to talk about that. Of course, power cuts. We know all about that. But the key thing to remember is that electricity arrived in Kimberley in 1882 and in Cape Town in 1895. In other words, this is a 19th century industry. Oh, I suppose 19th, 20th, back in 1960, we only generated 4000 megawatts, but by 1990, that figure had risen to 40,000. Today it’s 45,000. But we’re going to need another 50,000 in the next 13 years, which seems most unlikely to me. We’ve got major problems with water and sewage. 63% of the country’s sewage and water treatment works are in a critical or poor state. Well, I only need to go to Durban to see the problems of that or indeed Port Elizabeth, both of them in different ways, now suffering very bad problems with their water. The decay of rural roads. A very serious point. We’re getting to the point where many of those roads will go back to being tracks as they were in the 19th century. Again, this regression is quite clear.

On who can point the way ahead

I think that’s actually a very difficult question. The opposition, as I say, is in a very weak position. They have to make their way in parliament and parliament is blocked in the way that I described. I think more could be done. But it’s difficult. If you look to the universities, which were very important under apartheid and giving the lead anti-apartheid away, they’re quiescent. It’s quiet. You don’t hear many voices coming out of universities. Those that you do are usually very politically correct, very much almost sort of left aligned. Part of the rainbow. And many people who don’t hold those sorts of views are actually scared to speak up because it’s not a friendly atmosphere for them on our campuses. I’m afraid that’s just the situation we face. We also have a so-called civil society. And again, not much is happening. We’ve still got quite a lot of NGOs which are really very far to the left, the ANC or more so. Communist Party, I mean, like energy for economic justice and so forth. The number of liberal NGOs is very few. You’ve got race relations. You’ve got the Helen Suzman Foundation. Centre for Development and Enterprise UTS – about eight, and most of them are struggling. So we don’t get very much from them. What we do get a certain amount of is scenarios.

And this is my bete noire really, because you often hear scenario planning talked about in the press as a form of research. And of course, it’s not exactly that, you get scenarios, particularly now we get lots and lots of happy talk about 2024. And you’ll get people publishing things with a pie chart about various outcomes, saying there’s a 50% chance that the ANC will keep its majority. There’s a 5% chance that they will get 40% of the vote, so on and so forth. Now, none of this is research. It’s all wild blue yonder speculation. And nobody knows the result of an election two years away. It’s ridiculous already to call it research, and I’m afraid only very silly journalists do that. And in any case, the assumption is that political change will come as a result of parliamentary elections, which of course it might. But there are many other ways in which it can happen. And after the riots of 2021, we know that, surely? And there are many other things that could happen. Most of the crises that I mentioned could produce dramatic showdowns which are not dependent on parliamentary majorities. So what does that really leave us with? Well, business, in a sense, have been the heroes of the story, because the growth that we’ve had has been entirely due to the private sector. Public sector investment has fallen to almost nothing. Overall investment is only 13% of GDP. And everything that works is pretty much private sector. And this is achieved despite the hostility of the government in many respects.