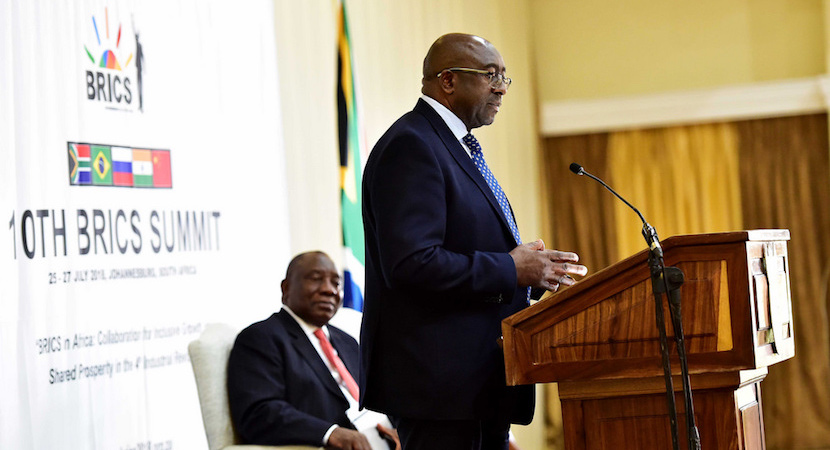 (Bloomberg) – South Africa President Cyril Ramaphosa and Finance Minister Nhlanhla Nene have spoken about Nene’s testimony at an anti-graft inquiry and the president will make an announcement about this soon, his office said.

“The president has been in engagements with Minister Nene” and they have discussed the minister’s statement that he met with the Gupta family at their private residence, Presidency spokeswoman Khusela Diko said by phone Tuesday. Nene’s testimony contradicted an earlier statement that he had only met the Guptas, who are friends with former President Jacob Zuma, at social events.

Ramaphosa “is concerned about uncertainty that this has created in the markets,” Diko said. “He is applying his mind to the discussions he has had with Minister Nene and the representations made by him. He will make an announcement in due course.”

President Cyril Ramaphosa will make a public statement today, Tuesday, 9 October 2018, on developments emanating from the recent testimony of Minister of Finance Mr Nhlanhla Nene before the Commission of Inquiry into State Capture.

President Ramaphosa will address a media briefing to be held at the Tuynhuys Media Centre in Cape Town at 16h30. Members of the media are requested to arrive at 16h00.

For RSVPs please contact: Loedfie Hendricks of GCIS on 082 670 4145 or Tyrone Seale of The Presidency on 083 575 7004. Media representatives wishing to cover this briefing are required to provide proof of identity and official press cards to gain access.