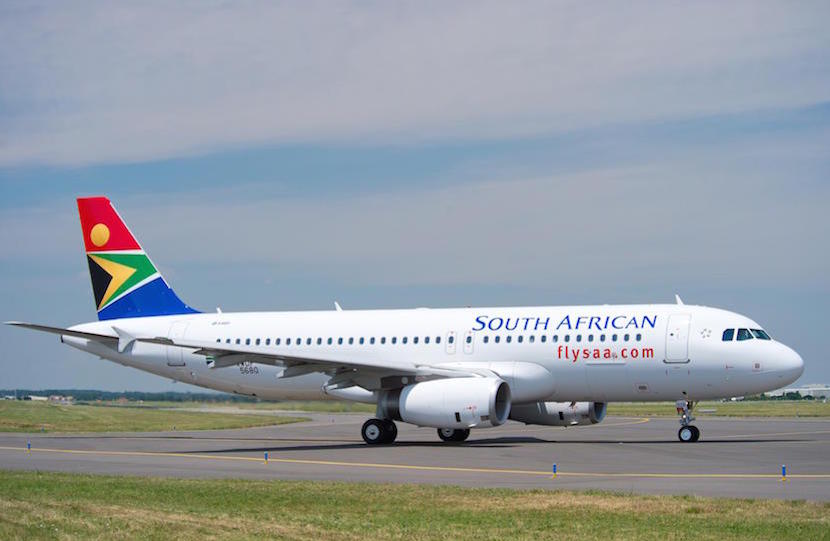 (Bloomberg) – South African Airways cut 38 local and international flights this week, an indication of a possible downsizing of the cash-strapped national carrier to avoid total collapse.

Various trips to Cape Town, Durban and Munich from SAA’s Johannesburg hub were cancelled after the government stalled on a R2bn ($138m) cash injection pledged as part of a local form of bankruptcy protection. The state-owned airline has lost money since 2012 as it grapples with high operating costs, an inefficient jet fleet, mismanagement and corruption allegations.SAA is trying to “conserve cash and optimise the airline’s position ahead of any further capital investment,” the company said in an emailed statement, adding that further stoppages may happen in coming days.

Les Matuson and Siviwe Dongwana, who were appointed as SAA’s business rescue practitioners, are due to present a turnaround plan to creditors by Feb. 28. It’s likely to include a comprehensive restructuring of the airline’s operations – including the removal of several unprofitable routes.

SAA hasn’t published audited financial statements for the year through March 2019 because it couldn’t be sure of its status as a going concern, meaning up-do-date information of its route performance isn’t publicly available.

However, a presentation given by former Chief Executive Officer Vuyani Jarana in February gave an indication of which flights could be rationalised or cut. Jarana quit at the end of May, and a permanent replacement hasn’t been appointed. 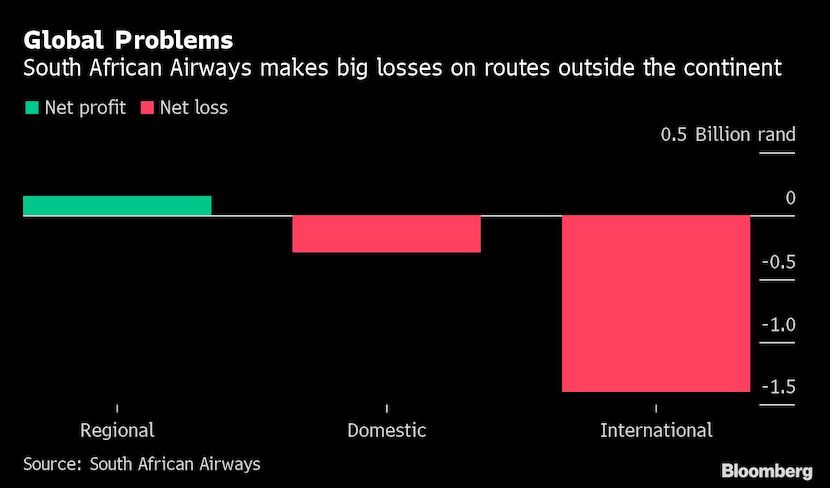 SAA’s trips to nine destinations outside of Africa historically generated just over half of flight revenue, yet the only profitable route was to Washington DC. The biggest losses were incurred on flights to Hong Kong – which were suspended in November due to protests – and to Munich and Frankfurt. SAA has since leased fuel-efficient Airbus A350-900 planes to use on some long-haul routes in a bid to reduce international losses.

SAA flew to 21 destinations in other African countries, and the only loss-making route was to Ethiopia, where it competes with that country’s profitable state carrier. The biggest money spinners were flights to Zimbabwe, Zambia, Mozambique and Nigeria. Regional trips generated about 30% of SAA flight revenue.

SAA’s flights linking Johannesburg with Durban, Cape Town and East London were all profitable, but it lost money on its route to the southern city of Port Elizabeth. Local flights accounted for 17% of the carrier’s flight revenue. The company’s low-cost Mango Airlines also competes on those routes, alongside other budget rivals.