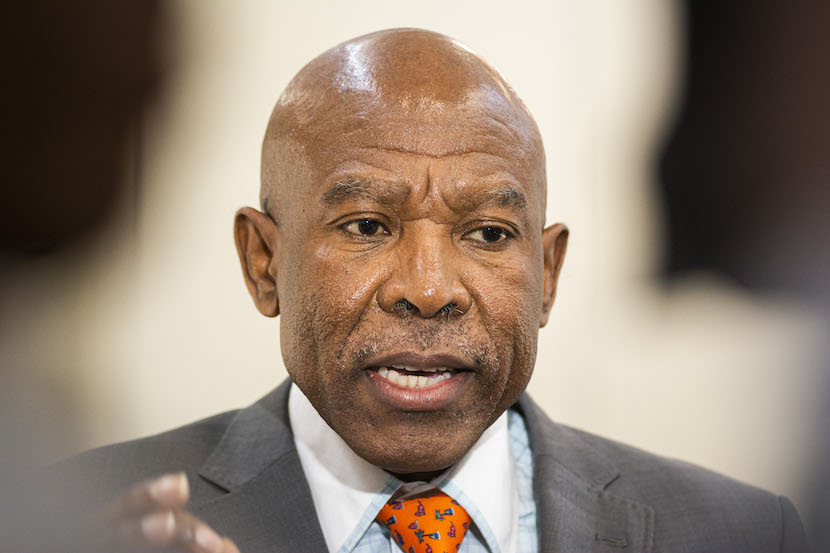 By Mike Cohen and Colleen Goko

(Bloomberg) – South Africa’s rising country risk is putting upward pressure on interest rates, even as inflation expectations decline, with credit-rating companies contributing to the negative sentiment, according to the SA Reserve Bank.

Moody’s Investors Service cut its 2020 economic growth forecast for South Africa to 0.7% from 1% on Monday and said the nation’s relatively high real interest rates are constraining expansion. The ratings company is the only major one that considers South Africa’s debt investment grade, but that assessment is at risk after it changed its outlook to negative in November. Credit-default swaps already price South Africa at junk.

“South Africa quite clearly has serious growth challenges, but these go quite far beyond monetary policy,” Chris Loewald, head of economic policy development and research at the central bank and a member of the monetary policy committee, told lawmakers in Cape Town on Tuesday. “The higher South African premium creates upside pressure on the rates that is very hard to ignore. If we can continue to get lower inflation and keep it well behave and de-risk the economy, that definitely creates more monetary policy space.”

Moody’s comments on Monday could be read to suggest there is room to cut rates, but more likely referenced “the frustratingly slow pace of reforms needed to unlock South Africa’s growth,” said Henrik Gullberg, a macro strategist at Coex Partners in London.

“If broader risk sentiment is supportive, rate cuts could even be rand supportive as it would underpin growth prospects and capital inflows,” Gullberg said.

The inflation-targeting central bank has often drawn criticism from politicians and labour unions who say it should do more to bolster an economy stuck in its longest downward cycle since at least 1945 and reduce unemployment that’s at 29%. While the MPC reduced its key interest rate by 25 basis points in January, the real rate, which adjusts for price growth, remains above 2%. 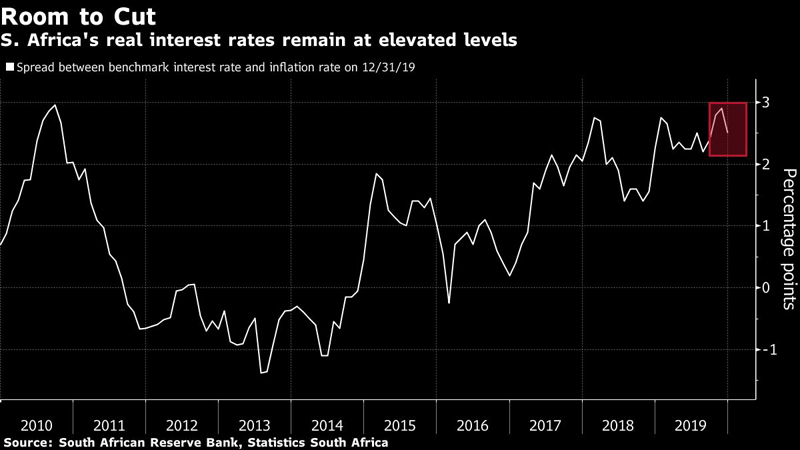 While a government report on Wednesday will probably show inflation quickened to the fastest pace in more than a year in January, it remains close to the 4.5% midpoint of the target range. South Africans are becoming accustomed to lower inflation and price-growth expectations are easing, Loewald said.

“The trajectory of inflation, the risk factors, feed into the way monetary policy is thought about,” he said. “We have achieved lower inflation and we have achieved policy credibility.”

Even so, Africa’s most-industrialised economy hasn’t expanded at more than 2% annually since 2013 and neither the central bank nor the National Treasury see it reaching that level by 2022. Power shortages have been a major constraint on growth and exports, while increasing levels of public debt and a large current-account deficit constitute serious risk factors, according to the central bank.

More investment is needed to spur growth and the best way of encouraging that is to improve business sentiment, said Governor Lesetja Kganyago. He warned that the rapid spread of the coronavirus will result in a significant slowdown in China, with a knock-on effect across the rest of the world. The impact of the virus is difficult to assess at this juncture, but the bank will begin taking its effect on global growth into account when it takes its next interest-rate decision, according to Loewald.