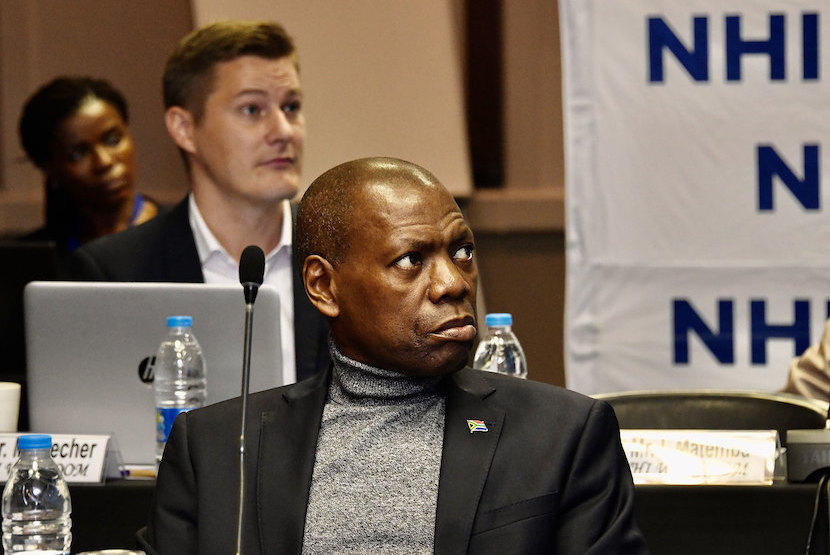 The ongoing controversy surrounding not only the Minister of Health, Dr Zweli Mkhize, raises alarm bells for the future rollout of National Health Insurance (NHI). President Cyril Ramaphosa announced he was placing Dr Mkhize on special leave to enable the Minister to “… attend to allegations and investigations between the Department of Health and a service provider, Digital Vibes”.

The South African Medical Association (SAMA) takes note of the decision by the President. It says corruption in the health sector is eroding the ability of healthcare workers – and the system at large – to provide health services to the people of South Africa.

“Previous scandals and allegations of corruption involving the provision of personal protective equipment and now the allegations against the Minister, bring into doubt the department’s ability to effectively manage large-scale projects. NHI will be the biggest project of the department ever and based on the current track record we have to voice our concerns over whether this will be repeated when that happens,” says Dr Angelique Coetzee, Chairperson of SAMA.

SAMA notes that the development around Dr Mkhize has far reaching consequences for health provision in South Africa, and casts a cloud on plans to roll out NHI. It says while it remains committed to the ideals of Universal Health Coverage, placing Dr Mkhize on special leave, again raises issues about NHI as SAMA has previously commented on.

Among these is the proposal in the NHI Bill which places unfettered powers in the hands of the Health Minister in NHI structures when they are established.

“What the recent developments point to is a great need for more accountability in the structures of the NHI, accountability which is not currently part of the Bill. Dr Mkhize’s relationship with Digital Vibes, and the allegations he benefitted personally from contracts awarded by the department, make the inclusion of such provisions essential,” says Dr Coetzee.

In addition, notes Dr Coetzee, apart from the powers vested with the Minister, the current scandal again points to the need for extra high vigilance when NHI is implemented.

Dr Coetzee says when NHI is put into operation, lessons must be learnt from the PPE and Digital Vibes scandals, among others. Dr Coetzee notes, “We have now seen massive scandals involving billions of Rands in a short space of time within the Department of Health. Meanwhile healthcare workers are still the target of criminals at public hospitals, patients suffer at poorly equipped and serviced public hospitals which don’t even have water, and highly-qualified medical practitioners can’t find work. If NHI is going to work, all of these and other major issues will need to be dealt with first and proper, effective and accountable leadership will need to be installed within the department.”

SAMA says the move to place Dr Mkhize on special leave will also have an adverse impact on the country’s already struggling COVID-19 vaccination programme. Minister of Tourism, Mmamoloko Kubayi-Ngubane, has been appointed as the Acting Minister of Health in Dr Mkhize’s absence.

“The new Acting Minister will immediately have a full plate of issues to deal with when she steps into this role, not the least of these being the biggest ever vaccination rollout programme in South Africa’s history. We certainly hope the vaccination programme doesn’t lose the little momentum it currently has, because the country cannot afford any more delays in this regard,” concludes Dr Coetzee.