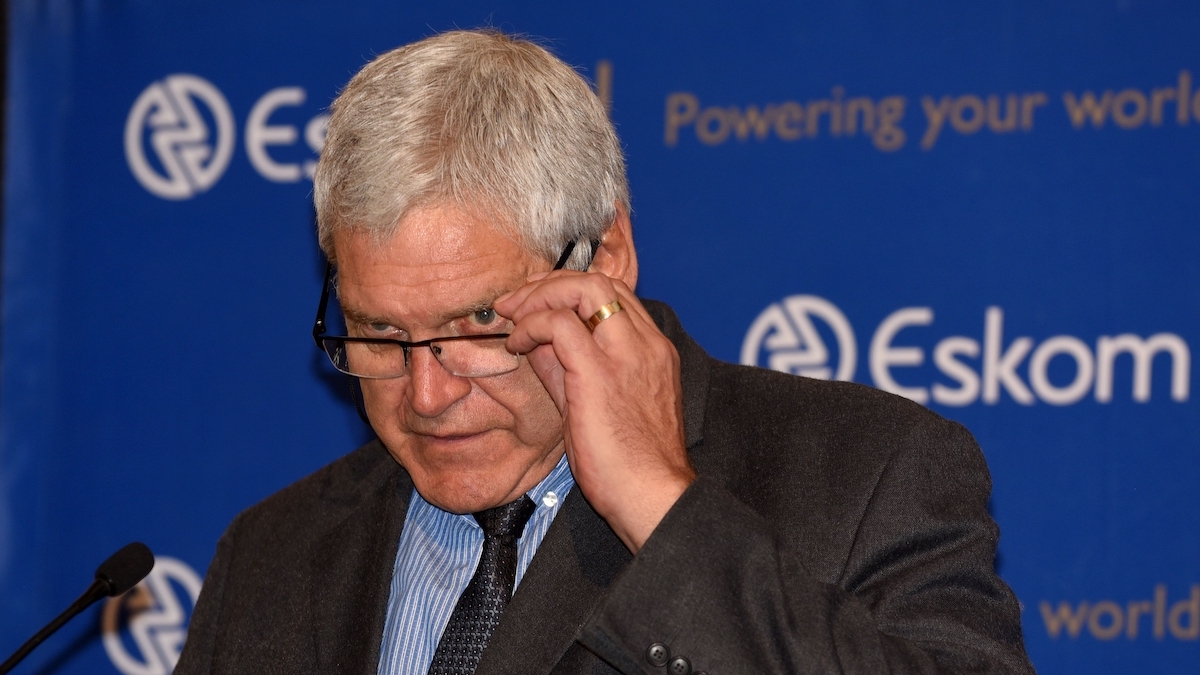 “We need another year or year-and-a-half to get out of this,” Oberholzer said at the Agri SA conference near Johannesburg on Thursday. “We are going to go through a tough time over the next year and a half.”

Work that Eskom has done to alleviate the country’s energy crisis will help ensure the situation won’t be as dire as it might have been. Still, it may be necessary for the utility to take a “bold step” and implement so-called Stage 2 load-shedding — in which 2,000 megawatts are cut from the national grid — for a lengthy period to enable Eskom to carry out necessary maintenance, he said.

Eskom to reduce outages by end of week

Eskom will halve the amount of power it removes from the national grid to 1,000 megawatts from 4 p.m. on Oct. 14.

Before that, the utility will continue to cut 2,000 megawatts from 4 p.m. until midnight on Wednesday and Thursday, according to a statement on Twitter. It will publish a further update on the afternoon of Oct. 14.

“To the extent possible, Eskom will endeavor to limit loadshedding to night-time to have minimal impact on the economy and population,” it said, using a local term for rolling blackouts.

Eskom to sign contracts with five power producers on Oct. 14

Eskom will sign the first contracts to lease land to five independent power producers on Friday so that they can develop renewable energy projects, the utility said.

The company in June announced it had selected 18 companies to lease sites at its power plants. The bids for about 4,000 hectares (9,884 acres) are ultimately for projects expected to realize 1,800 megawatts of renewable energy capacity.

Power cuts and the blame game around Eskom

Citizens are angry over the nation’s record power cuts and politicians are seeking to deflect blame for a crisis that’s been a quarter century in the making.

Stung by criticism, South African President Cyril Ramaphosa raced home from Queen Elizabeth’s funeral in the UK, canceling plans to travel on to United Nations’ meetings. An announcement followed that the board of state power utility Eskom had been replaced and an ambitious efficiency target for its predominantly coal-fired plants was set. Action had been taken.

Yet, in the government’s pronouncements on the crisis, some inconvenient facts have been omitted.

–– With assistance from Renee Bonorchis and Antony Sguazzin.