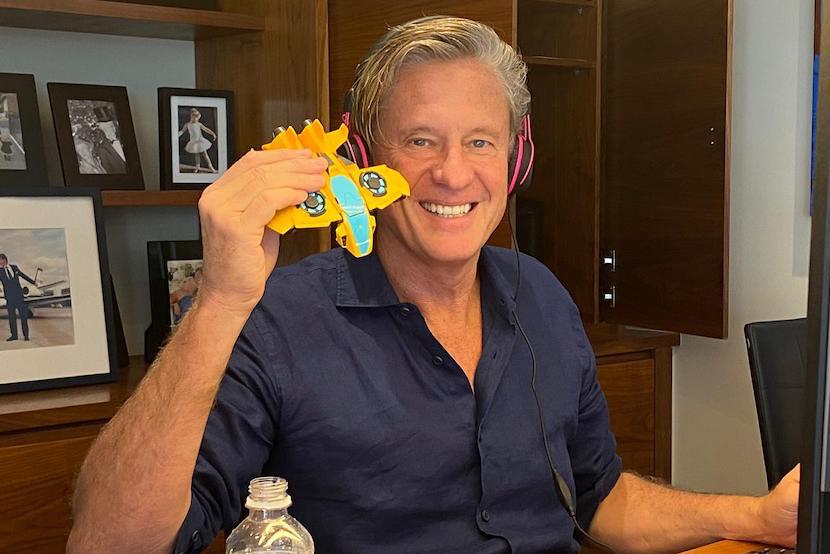 In episode nine of The Alec Hogg Show, BizNews founder Alec Hogg sat down with Rob Hersov, a South African billionaire entrepreneur who is determined to help fix his home country.

Hersov is a wealthy private investor who founded Invest Africa and his many impressive achievements include a MBA from Harvard, and the sale of a successful private jet business to none other than Warren Buffett. He has also worked under titans of industry, including media owner Rupert Murdoch and billionaire businessman Johann Rupert.

In his interview with BizNews, Hersov described how he returned to South Africa after three decades overseas and felt a deep desire to help right the wrongs caused by a mismanaged economy. Many rich South Africans are leaving the country in droves and Hersov believes it’s time to shake up the political establishment by ejecting the ruling political party.

“I always hear people stabbing one another in the back, and to me it doesn’t make sense. We all should be focused on getting rid of the ANC, make sure the EFF doesn’t get in, and fix this country. Why fight with each other? We have a problem; it’s the ANC – let’s vote them out of power. So I’m trying to pull everyone together and make sure that they don’t stab each other in the back.”

Naturally, his views have caught the attention of a few BizNews community members. Some are cheerfully encouraging Hersov on, while others believe it’s hot air from another billionaire.

We don’t need another hero 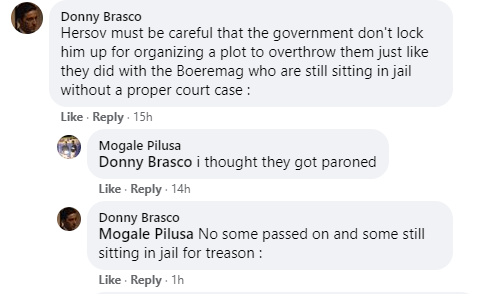 “ under the direct tutelage of media mogul Rupert Murdoch and luxury goods baron Johann Rupert”
And we should trust him?

I salute you, Rob Hersov 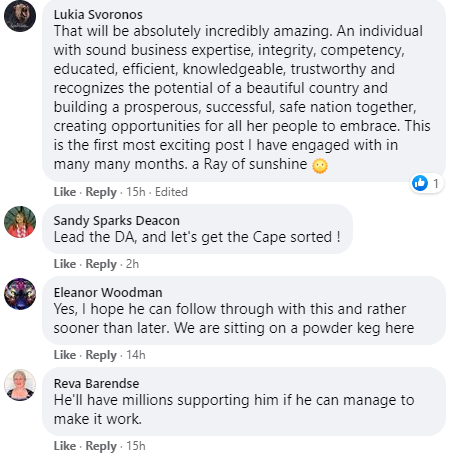 As ever, with Alec it’s “hope springs”, but with Rob Hersov, it truly is hopeful. Have a listen. https://t.co/NeGavs84dI

One man with guts

Really a good interesting interview lots of truth being spoken

The ‘Doubting Thomases’ amongst us aren’t particularly optimistic about Hersov’s chances, though.

I definitely won’t be reading his book.

The rest of us? Well, we’ll be watching this space with keen interest.