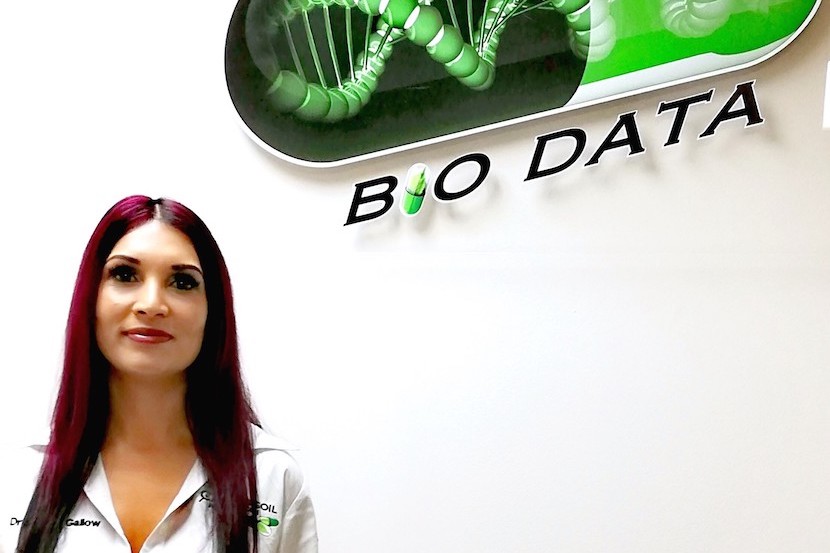 Dr Shiksha Gallow is a medical scientist and doctor in clinical pathology. She is also medical director for JSE-listed Labat’s Biodata – a division which is undertaking groundbreaking research on the use of medical cannabis to treat serious illnesses ranging from cancer to autoimmune diseases. She spoke to Jackie Cameron of BizNews about why cannabis has healing properties – and what her research is showing so far about shrinking tumours and pushing people who are gravely ill into remission. – Jackie Cameron

I’m actually qualified as a medical scientist, where I started looking more at science behind the medicines. I’ve got a PhD in clinical pathology, which is also in medical science. Clinical pathology is where we look more at diagnosis. It was an interesting journey because I have many degrees – one of a Masters of Medicine and Public Health Medicine and a Masters in Medical Science – and, as I mentioned, an MBA. Then the two PhDs – one of them is also in medical cannabis.

On facets of body chemistry that are similar to cannabis:

There are basically four or five endocannabinoids that the body produces. The two main ones that I want to talk about is your anandamide and your 2-Arachidonoylglycerol. Now these cannabinoids are very important because it stimulates the immune system, which is what is what we need to fight any diseases. What we found in medicine, most of the diseases that we found – the reasons for them – is an endocannabinoid deficiency.

Normally when a baby is born we normally say, please breastfeed that baby. The reason why we say we need the baby breast fed is [that] the highest amount of endocannabinoids are found in breast milk. That’s how important endocannabinoids [are for] immunity and forming all your organs and resulting in homeostasis. What is the link now between this endocannabinoid system, the medical cannabis or the cannabis plant?

On the effects of endocannabinoids on the body:

Once this starts increasing, the body starts to heal. For example, your anandamide is known as your bliss molecule, the molecule which starts making you feel happy – similar to your serotonin in your body. If you look at patients that take it recreationally, they always have a sense of relaxation and happiness. That comes from increasing your own endocannabinoids into the body.

On the differences between pharmaceutical drugs and medical cannabis:

The difference between pharmaceutical and medical cannabis, is [that] pharmaceutical drugs work on a single system and single receptor sites. Cannabis will work on the entire endocannabinoid system level. This establishes and maintains a health at the nexus of homeostasis. What it means is we are regulating multiple systems simultaneously with the medical cannabis.

With medical cannabis, it’s going to stop your pain. But because it’s regulating multiple systems simultaneously, it’s also going to start healing the body. That is what we’ve been investigating. Looking at how to manage diseases like cancer and arthritis – all sorts of diseases. That is the basis of the science that I want people to understand, because there is definitely science behind this. It’s not a snake oil and one size fits all. It’s science that we use for each of these diseases and how it works on the body.