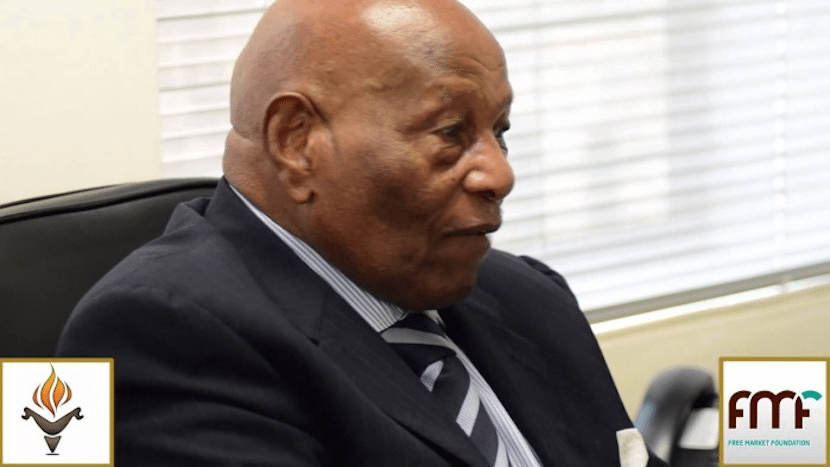 Judging by its lack of response to these beacon-finding words by the apartheid-era black business icon, Dr Richard Maponya, 99, who died at the weekend, government wasn’t listening when he uttered them six years ago. We can only hope it takes note today, because they are all the more pertinent as our economic crisis grows and unemployment soars beyond record levels. It’s a recipe for success, rapid job creation and a heartfelt cry for bureaucracy to get out of the way. It’s also a call for the successful business monoliths to remember their humble beginnings and who gave them a hand-up – and to pass this forward. Too many have forgotten. Too few are willing to risk building trusting partnerships to do what is necessary to enable start-up funding for small and medium enterprises, the bed-rock of all successful economies. This advice comes from one of South Africa’s 100 most successful entrepreneurs of all time, one who succeeded in spite of the overbearing weight of apartheid laws. Overcoming challenges was his personal motif and anthem and here he outlines a few basic common-sense, tried and tested practices. His lessons were hard-won and stand to sweep away much of the culture of entitlement which government policies have helped encouraged in our youth. This article was first published by the Free Market Foundation on 17 April 2014 and is republished in honour of Dr Richard Maponya, recipient of the FMF Luminary Award, and a patron of the Free Market Foundation. – Chris Bateman

The theme of this article is entrepreneurship and why it is not working very well in South Africa, why we have been overtaken by Nigeria as Africa’s largest economy, why we need to pay urgent attention before it is too late, and what can be done to remedy a situation which is out of control and chronic.

Employment is created by entrepreneurs, those individuals who have a dream and are willing to take the risk. That has been the case for at least 5,000 years. To understand the mind of the entrepreneur we need to place ability in the context of the management process, because successful entrepreneurs invariably have good management teams working with them.

There are four basic roles a management team must perform in any field of human endeavour in order to be efficient and effective; produce results (which requires knowledge specific to the tasks), administer (requiring attention to detail, putting in checks and balances, and the ability to systematise), entrepreneur (creativity and risk-taking roles which the founder/owner manager performs), and integrate with people (the ability to form productive complementary teams all working on the same page).

Read also: Entrepreneurship: Why it must be included in South Africa’s education curriculum

All four roles are necessary, but by far the most decisive for the economy is the role of the entrepreneur. It is the skill which turbocharges economies because it creates new businesses, makes good businesses great businesses, turns around poorly performing companies, and fuels growth. And only growth is able to create jobs. I do not need to remind you that unemployment in our country is at crisis levels.

So, what is it, this elusive quality of entrepreneurship?

In a nutshell, the entrepreneur has two skills. First, creativity. This enables the entrepreneur to look into the mist of the future and imagine an opportunity, a new business, a challenge. It is not simple creativity. It is relevant creativity that can be translated into a money-making business because it is accompanied by drive and solid know-how. It starts with a dream and becomes a business. The second is risk-taking. Not just any risk-taking, such as gambling, but realistic and practical risk taking. It is taking a bet on an opportunity which has a real chance of success. Entrepreneurs understand the relationship between risk and reward.

These skills are inherently present in all humans, but are often stifled by schools, parents, and sometimes systems, such as apartheid, which deny opportunity, and sometimes by a dysfunctional relationship between government (the public sector) and business (the private sector). Bureaucracy is the enemy of the entrepreneur.

Before 1994 the proportion of white to black entrepreneurs was overwhelmingly in favour of the white group, yet blacks were in the majority in population numbers. The principal, but not sole, culprit was apartheid, a system of institutionalised discrimination which marginalised the black majority and excluded them from economic opportunities. Simply stated, blacks were not allowed to compete for the rewards of capitalism and free enterprise by laws which were aimed at limiting opportunities for blacks.

Since 1994, and the levelling of the playing fields, we have not done ourselves many favours in the economic sphere. Government and business have a dysfunctional relationship of mutual distrust, trade unions have run amuck, the regulatory environment stifles small and medium businesses, crony capitalism and corruption have become endemic, and importantly there is very little risk capital market for small and medium sized businesses. It is time to take stock and deal with the hard issues. Clearly, there is a very limited enabling environment in the country to generate mass entrepreneurship as compared to what we see today in Nigeria, Ghana, Singapore, Turkey and many other countries. No-one is happy about this and there is no shortage of finger pointing by all vested interests. It is time to move from problems to solutions.

The ingredients for a robust, high growth economy are before us in the example enacted on the world stage so many times. We do not have to invent something new. We just need to open our eyes and copy success.

All economies have common and similar characteristics. They are composed of a triangle of few big companies, many medium sized companies, and myriad small companies. In every country of the world throughout history it is the medium and small companies which create growth and jobs. Every large company has started as a small company, and then grown through various organisation cycles, those that survive that is. This is true of Anglo American, Discovery, Bidvest, Apple, Google and Microsoft, to name but a few. So, it is a no brainer that the environment must encourage and foster the creation of new companies, fund these businesses through their growth cycle, and provide support when they get into trouble. We do not have this in abundance in South Africa. Limited risk capital and support for potential entrepreneurs, who alone can create businesses. So how do aspirant blacks start new companies? We fail at the first hurdle.

There needs to be a healthy relation between government and business, public and private sectors. In the USA this exists, as it does in many other countries. Not here, where there is a stand-off. There is mutual distrust, business is cited as the enemy, and does not speak out because of fear of reprisals. Government and business, especially small and medium sized businesses must be partners in the sense that government is seen to encourage SMEs. I am not advocating a hands-on approach by government but rather freeing the environment so that entrepreneurs can thrive.

The regulatory environment is too severe. It has been formulated by bureaucrats, and multiplies each year. In business too much corporatisation and bureaucracy stifle the entrepreneur. Same in the economy. Government must learn that less is more. We must free the economy, not strangle it.

Trade union activity has become far too confrontational. We are all in the same boat, named South Africa. The enemy is not inside. Everyone needs to learn to put water in their wine so that sectional and vested interests are promoted in the context of the national interest. We need to select leaders who understand this basic dynamic.

Big business has enjoyed a constant summer since 1994. I question whether they have shared their success with medium and small businesses, and whether they have encouraged entrepreneurship outside of their own worlds. Perhaps circumstances have made them introspective. We need to find ways to break this logjam. They have capital, know-how, and experience which is invaluable to the environment I refer to. There are some excellent examples, such as Anglo American, but where are the others?

BEE is not working in the context of creating mass entrepreneurship. It needs to be reviewed and then abandoned in favour of a system which does not reward the few, but generates mass entrepreneurship. I ask respectfully, how many of the beneficiaries of BEE are involved in this issue. Sometimes one gets unintended consequences. One of these is that our youth are veering towards a culture of entitlement. The proper fruits of the entrepreneur take time, decades, some of our youth want it all today.

An enabling environment requires a laser focus on training, as they have done in Brazil. Without knowledge, results cannot be produced. In a few short years Brazil reduced unemployment from 50% to 5%, empowering 24 million people through a total commitment to skills training. Where is our enabling environment?

I would like to end on the role of capital in growth and entrepreneurship. Mature economies recognised long ago that different types of capital are required for companies as they traverse along the different stages of the life cycle. Investment banks understand this very well, but for obvious reasons they tend to focus on the big companies. Mature companies require debt funding with their strong balance sheets. Adolescent and younger companies require private equity type funding with a mix of senior, mezzanine and equity financing. Early stage companies require venture capital type funding, and infant companies require venture and angel funding. Regrettably the venture and angel funders are not in abundant supply in South Africa. Yet it is precisely here where our most crucial and acute need arises. The provision of capital is not the silver bullet, but it is the precursor on which everything else depends.

In my view the combination of PIC, IDC, the banks, and big business together should fill this void. They do not because of the risk profile. Some have even forgotten their roots and how they got large. So an underwriter is needed. This could be provided by a fund contributed to by these parties, and by government. The process would need to be overseen by independent experienced business persons, with proven track records, under the patronage of international investment banks who do business in South Africa. This process cannot be driven by government and civil servants who have no know-how in this critical area. Government should encourage the process but have the wisdom to know what they don’t know, and leave it to those that do know.

We are now free politically. We have a democracy. But our economic freedom is extremely limited. For our own good we need to act now. Those few of us remaining entrepreneurs who succeeded in the old regime have not lost our appetite for solutions, nor our love and commitment to this country. We believe in the potential of the youth of our country, and that new circumstances must be created to generate our own Oppenheimers, Gordons, Gates, and JP Morgans. We must create future business heroes. Such a future is available. South Africa requires a turnaround. I may have my best years behind me, but I give my full support to such efforts.