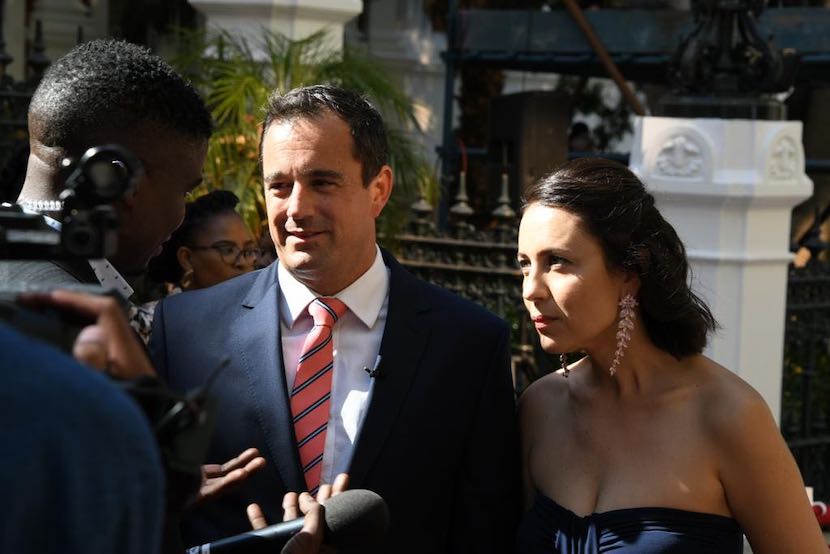 This week, President Cyril Ramaphosa announced major changes to the Covid-19 lockdown rules. Democratic Alliance leader John Steenhuisen sees this as an admission of guilt that the ANC is responsible for inflicting huge damage on the economy, at a significant cost to people’s livelihoods and lives. There’s even more to this move, however. As BizNews founder Alec Hogg notes in his newsletter, the sudden lifting of the strict lockdown is confirmation that there has been a seismic shift in political governance and ANC politicians can no longer be complacent. The game-changer is a Constitutional Court judgment which allows individuals to become Parliamentarians without having to be members of political parties like the ANC, DA and EFF – so our current crop may start behaving differently to keep their seats. – Jackie Cameron

The world’s longest hard lockdown, and not Covid-19, killed our economy

President Ramaphosa announcement of a further lifting of lockdown restrictions is an admission that the lockdown serves no purpose and has failed. He seems to have finally realised just how devastating this lockdown has been – and will continue to be – for ordinary South Africans, but it’s happened far too late. Everything he announced tonight could have – and should have – been announced almost two months ago.

It is unclear at which level of the lockdown we now find ourselves – not that it makes much difference, as the lockdown is now de facto ended. But this ending comes too late to save thousands of businesses and millions of jobs.

The president’s words of commiseration for all the industries and businesses that haven’t been able to operate and whose employees have earned no salary these past 80 days ring hollow indeed, as it is his government’s irrational lockdown that has caused this misery. The truth is that the world’s longest hard lockdown, and not Covid-19, killed our economy and ruined the lives of millions of South Africans.

And what do we have to show for it? Nothing, is the short answer. The lockdown has only delayed the peak of the spike by a couple of weeks. The president conceded as much, saying infections are growing exponentially.

It is simply not true to say the cost of human lives could have been higher. We are only beginning to see the deaths, as we head into the peak. The president’s claim that an increase of infection was inevitable is also simply not true. Many countries have managed to contain the spread, through effective, targeted measures. And he would have us believe that economic devastation was also inevitable. But this too is a result of rank failure on the part of the ANC government.

President Ramaphosa now admits that only individual actions can slow the spread of the disease. If he had listened to the DA two months ago, he would have heard us calling for people to be empowered with more decision-making control. Now that his lockdown has destroyed the economy, he finally wants to empower the people.

Over the past 80 days, government has failed to use the lockdown for its intended purpose. It failed to increase the country’s healthcare capacity. It failed to ramp up testing to a meaningful level. It failed to shield its citizens from economic despair by implementing a relief package. It failed to share critical information with citizens. And it failed to recognise its own limitations. All this lockdown has achieved is to plunge millions into poverty and to bake a deep recession into our economy.

And still the arbitrariness of regulations persists, with private accommodation businesses not allowed, as if the virus can tell the difference. Early childhood development centres are still closed, even though young children are the least affected by the virus. How then are their parents to go back to work? Even after admitting the catastrophic mistake of this lockdown, they continue to stand in the way of people earning a living.

There is no shortcut to undoing this devastation. There is only the proper way, which is to immediately walk away from the suicidal policies such as EWC, the NHI and the prescription of assets, and then implement the economic reforms that we all know must happen. That, and to jettison this ANC government.