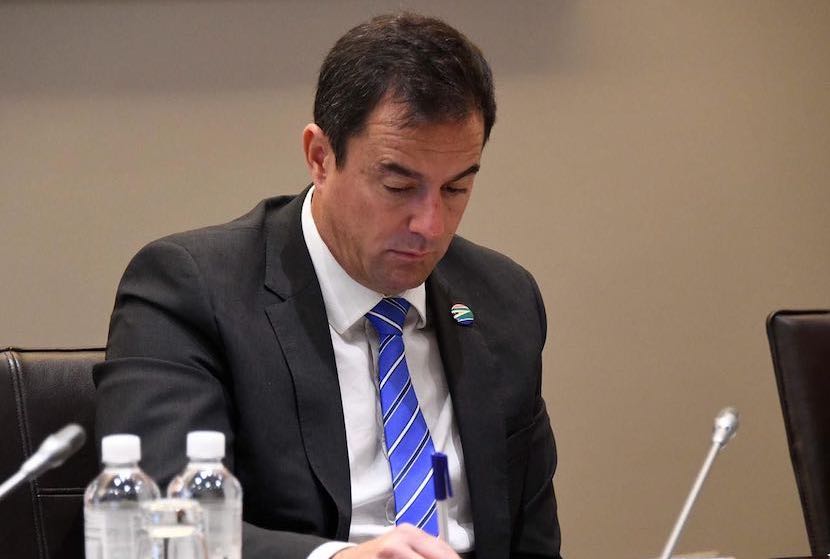 Future elections could be decided on how well a particular government has responded to the Covid-19 crisis. It is not often that government decisions can be judged so accurately, in this case by the number of cases and fatalities. The Economist has ranked the quality of policy responses to the pandemic of the Organisation for Economic Co-operation and Development (OECD) countries and it will probably come as no surprise that those with higher death rates – Belgium, Italy, Spain and the United Kingdom – were assessed as poor compared to nations such as Australia, Austria, Germany, Denmark, Iceland, Israel, New Zealand and Norway. So, how will South Africa and the ANC government of Cyril Ramaphosa be judged? For Democratic Alliance leader John Steenhuisen, ANC politicians on the National Coronavirus Command Council are isolated from the real consequences of their decision-making. He proposes giving greater control to families, groups and communities in deciding how to deal with the Covid-19 outbreak. – Linda van Tilburg

Lockdown’s lesson for South Africa: Power to the people.

“Everything is more complicated than you think.” So says philosopher Kwame Appiah of the real-world consequences of well-intended “solutions”. This quickly becomes apparent when the “solution” is to criminalise the earning of a living.

The crucial lesson that lockdown holds for South Africa’s economic recovery is that we will not achieve an optimal outcome – maximizing social wellbeing or minimizing human suffering – while decision-making control is so concentrated in the hands of a small group of individuals.

Even assuming those ANC politicians in the National Coronavirus Command Council genuinely have the best of intentions and possess superior intellect and knowledge, it is still inherently impossible for them to take decisions on behalf of 60 million South Africans such that the optimal result is achieved.

Central to this conclusion is the inescapable reality that policy-making is about trade-offs rather than solutions. This is premised on three facts:

Covid is a deadly disease to many people, the true risk of which we are still only beginning to understand. There is so much we don’t yet know, but what we are all acutely aware of, is that it is an immediate and visible risk to society. So it is tempting to view support for South Africa’s extended lockdown as noble, and to view calls for people to be allowed to work as “callous”.

It is easier and more emotionally satisfying to focus on the problem under one’s nose and wish to solve it. Our tendency to do so is aggravated by the inherent bias in the media, since journalists can more readily report on immediate, visible problems.

More challenging is to identify and quantify the full set of consequences that ensues when one aspect of a complex, interconnected system is modified.

And yet this is what we must strive to do if our goal is to achieve an optimal outcome in the real world, where everything is indeed more complicated than we think.

As Thomas Sowell notes: “Doing good on some problem right under one’s nose is not enough in a world of constrained options and systemic interactions, where the overlooked costs of immediate benevolence take their toll elsewhere.”

This sentiment is echoed by the economist Henry Hazlitt in his classic book Economics in One Lesson: “The art of economics consists in looking not merely at the immediate but at the longer effects of any act or policy, it consists in tracing the consequences of that policy not merely for one group, but for all groups.”

Realistically, there is no “solution” to covid that does not involve the destruction of lives. The reality is that extended lockdown is not a “solution”; it is a trade-off, and a highly complex one at that.

The best we can do is face reality head on and rise to the challenge of striking the right balance between the myriad risks we face, by considering immediate and longer-term costs, seen and unseen, so as to minimise overall human suffering.

No single individual or group of individuals can possibly do this on behalf of 60 million people, since the risk and incentives landscape for each individual, family, organisation, group and community will be different.

No matter how much more knowledge those on the NCCC may have, it will still not be anywhere near as much as the aggregated knowledge of 60 million people, all acutely aware of the details of their own circumstances.

Some individuals or families may decide that locking down is in their best interest. Others may reckon the risk to their wellbeing of foregoing an income is greater than the risk Covid poses to them. Some schools may be ready to open. Others not.

If decision-making is decentralised so that individuals, families, groups and communities are empowered to act in their own best interest, the aggregated knowledge and incentives that will be brought to bear make an optimal outcome far more likely.

Of course, even with power less centralized, the state still has a crucial role.

With greater access to specialist knowledge – from epidemiologists and economists – the state should be providing people with as much information as possible to inform their decision-making. Instead, the state has been secretive, going so far as to force its advisors to sign non-disclosure agreements.

It is also up to the state to provide a fair and reasonable framework of rules within which decentralised decision-making should operate, because our individual decisions impact other people. So things like mask-wearing and sanitising in public areas cannot be left to individual choice.

It is up to the state to deliver the public goods that create an enabling environment. Public hospitals, testing capacity, water and sanitation, and law enforcement, for example. Some public goods are better suited to provision at a local or provincial level.

Sometimes it is appropriate for decision-making to happen centrally. A coordinated national lockdown of limited duration made sense in March, as a precautionary move. It bought South Africa time to learn more about the nature and scale of the risk, to educate people about it, and to put in place cheaper, more targeted interventions such as building healthcare and testing capacity, universal mask-wearing, and other safety protocols.

Unfortunately, the state did not use this time effectively. South Africa has a largely incapable state, as President Ramaphosa has acknowledged. Effective testing and tracing before the virus had spread widely would have enabled us to keep control of it.

Instead of devolving control as soon as possible, our state has sought to retain maximum control at the centre, with disastrous unintended results, many of which will only reveal themselves in the years to come as the consequences of increased poverty and unemployment unfold.

To summarize. It is not enough that a policy is well-intended. Ultimately, it is the net result that matters. Reality is not optional. The real consequences of policy decisions are borne by ordinary people, not by political elites. So ordinary people have stronger incentives to make good decisions and to quickly correct bad decisions. Their aggregated knowledge of the real risks involved is far greater than the total knowledge of those on the NCCC.

Going forward, a Covid response that empowers people within a reasonable set of safety rules will achieve a better outcome than will one that is managed centrally by a small group of people who themselves are protected from the real consequences of irrational or arbitrary decisions.

These same considerations hold true for South Africa’s economic recovery. When individuals, families and communities are empowered, infinitely more creativity, incentives and knowledge can be harnessed.

This is why the DA’s rallying call is: power to the people.

South Africa’s inflexible labour legislation seeks to protect the employed, but the unintended consequence of deterring job creation and excluding new entrants far outweigh the benefits. The empirical evidence is our high and growing unemployment skewed to younger ages.

State-owned entities with their large and relatively well paid staff complements were well-intended. Their unintended consequence has been to stifle private creativity and competition. The empirical evidence is seen in compromised products (unreliable, dirty electricity, for example) at high prices.

Policies such as expropriation without compensation, NHI, prescribed assets and nationalisation of the Reserve Bank may be well intended. They seek to “solve” problems. But all will have unintended consequences, such as deterring investment, that will ultimately be net damaging to the poor, the very people they ostensibly seek to benefit.

These and other such statist “solutions” backed South Africa into a corner of rising poverty, unemployment and debt, with no fiscal room to manoeuver as we went into this pandemic.

A leaked strategy document suggests the ANC is doubling down on this approach in the hope of achieving a rapid economic recovery.

Governments can be forgiven for well-meaning “solutions”, if they adapt their approach once the empirical evidence shows them to be net painful to society. But when a government persists with an approach that does net harm, it is time to change the government.

The DA’s approach to South Africa’s economic recovery is founded on the notion that reality is not optional. That results matter. And that the best results will come when power moves closer to the people. We will publish our economic recovery plan on Monday 22 June. It will show us to be SA’s true liberation movement.