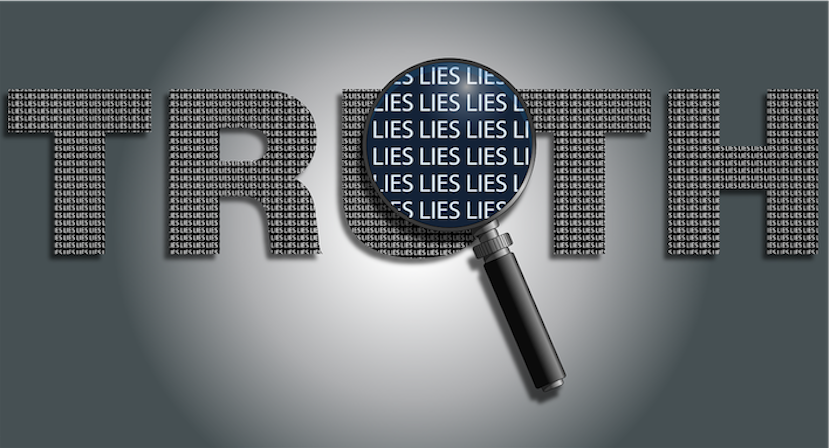 Truth is an increasingly rare commodity, not least because it is abused with impunity by those with questionable  motives, including the likes of award-winning investigative journalist Carole Cadwalladr, who ply their noxious trade across the world, writes regular BizNews columnist Simon Lincoln Reader. A recent case involving Cadwalladr in London fired up Reader’s zeal to lay bare a plethora of falsehoods and lies, wherever they dare to sully the truth. He takes us on a rollicking ride around the globe to several countries, including South Africa, Britain, America and Russia, as he rails against political correctness, Covid anxiety and populist lies. – Derek Alberts

Reading through a London court case (one I’ll explore shortly) and coupling certain features of it to the South African story, resulted in one of the more unpleasant scenarios I’ve visualised in 2020.

Sometime in the not too distant future, Beijing24 is hosting a live audience in Oranjezicht with US Democrat Adam Schiff, one of the most dishonest men in the world. He’s in South Africa for a safari, which explains why he hasn’t taken off his Merrill boots and anti-insect trousers since he arrived (for a certain type of shithead, everything in SA is safari, even Michelin-starred restaurants in Cape Town).

Bejing24’s Kommissar, a man whose self-righteousness has disfigured him to the point where he now resembles a villain from Frank Miller’s Sin City, enables the lying to continue on stage – about a former president, Vladimir Putin, Ukraine, etc.  – each sentence concluded with an approving nod from the editor, the same one he used when the Minister of Police denied there are things called farm murders in SA. Sadly, some in the audience are nodding too – they are unwitting members of a groupthink dome. That honking at the back? Oh that’s just Melanie Verwoerd – Mrs Kumbaya herself – the least talented of Beijing24’s talentless writers, but the most impressive Health and Safety/ Covid monitor you’ll encounter.

It could just as easily be Hillary Clinton, with the dreadful EWN as a sponsor. But the point is: this is the commanding narrative left to fester in SA – of Russia destroying Western democracy (despite conclusive evidence proving otherwise), of lockdowns being good and masks being better, that BLM is amazing (and that its kneeling corporate benefactors have somehow atoned) and finally, that Covid-19 is something to be utterly terrified of.

As people depart the venue, nobody cares that these statements are just as false as some of the claims of election fraud in the US election of 2020. It’s just that, as lies go, this lot won, and history is documented by the victors.

Read also: Ronnie Kasrils should keep his nose out of the Jeremy Corbyn anti-Semitism saga – SLR

It would take a strong stomach to deny that such occasions are beyond the realm of possibility. It’s been happening in London for the last four years, until last week, when the journalist behind the contention that Russia was responsible for Brexit (in the same way it was for the election of Donald Trump) removed the “Truth Defence” plea at the 11th hour from a libel case. Carole Cadwalladr, recipient of the 2018 Orwell Prize, finally admitted what everyone (including fellow Guardian and Observer reporters who secretly detest her) always suspected: she is a liar.

Like most other admissions of this kind, it’s hopelessly late. Marianne Thamm habitually reposted her on Facebook, as did Rebecca Davis and other feminist-y writers beyond South Africa. TED gave Cadwalladr a talk; Netflix, a starring role in a documentary. A Swedish author wrote a young adult novel about her and for her case against Banks, she crowdfunded over R3.4m.

But the real damage is that even now – after a legal admission of this magnitude – a ring has assembled around her. Some of these are weirdo tossers who fantasise about vulnerable women. Some are intersectional agitators looking for another skirmish in the cultural war. But the majority are decent people who genuinely believed – on the strength of Cadwalladr’s reporting – that Russia destroyed their country. As narratives go, it is one of the most destructive.

The case of Glenn Greenwald

Of all the events lost in Covid’s fire of 2020, the case of Glenn Greenwald must rank as one of the most startling. He was the journalist who broke the biggest story of his generation, who left the Guardian to establish The Intercept (on the basis that he wanted to perform independent reporting free of corporate/ editorial interference) and has now resigned from the company he co-founded – precisely because its editor and its other reporters were so explicitly partial to US Presidential candidate Joe Biden that they wouldn’t consider investigating the contents of Biden’s son laptop.

Greenwald has joined a few brave podcasters, comedians and independent reporters attempting to wrestle back the story of the American body politick, so that it isn’t weaponised by Adam Schiff, or distorted by Hillary Clinton’s beautiful daughter Chelsea, or violated for commercial expediency by Carole Cadwalladr.

Their adversaries are formidable – and I don’t just mean the size of that dishevelled slob Adam Boulton’s waist. Greenwald is up against a war machine featuring professional killers (John Brennan) alongside a corporate behemoth of powerful lobbyists and donors – all complemented by the most organised and well-funded media infrastructure the world has ever known.

The world’s most disgusting people

But Trump, frequently economical with the truth, managed to draw attention to the importance of it, not because his opponents are noble or honest, but because they are the extreme opposite. The America that makes its return is the one more to the GW Bush/Obama/Hillary profile – lies to support illegal military campaigns, more aid to Africa to keep peasants dependent and more power outsourced to unelected corporates – all led by a incontinent sleeper and someone who believes pronouns plus complexion are qualifications. In support will be the electrified corpse/one woman vodka wave of Nancy Pelosi.

These are not friends. Being careful with who we absorb our information from, will never be more important than it will in 2021.