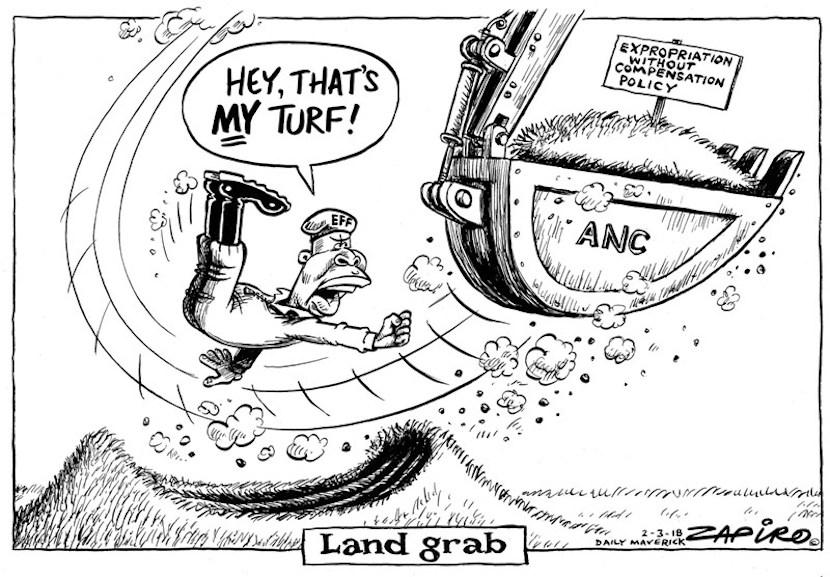 At the start of 2021, President Cyril Ramaphosa announced that passing legislation to allow for land expropriation without compensation will be a priority this year. One of the major concerns for South Africans, however, is it’s likely to deter investment, making it a risky move for a country where the economy is already sporting a black eye and an impressive limp.

Dr Anthea Jeffery and the Institute of Race Relations (IRR) have warned of the potential ramifications of the Land Expropriation Bill since it was gazetted. Now, as the 10 February deadline for public comment looms, the IRR is doing what it can to stop this legislation, which Dr Jeffery says will ‘bring Zimbabwe to South Africa’.

“The government’s new Expropriation Bill is a draconian measure that must be stopped before it can be used to strip millions of South Africans of their homes and other assets without fair procedures or equitable compensation,” Dr Jeffery writes.

“The government claims the Bill will help ‘return’ the land to ‘the people’, yet land and other assets expropriated for nil or inadequate compensation will in fact be owned or controlled by the state, and not transferred to black South Africans.”

Jeffery warns that, over time, the Bill “will be used to strip people of their land, homes, business premises, pensions, and other assets – and to vest these in the hands of a powerful political elite intent on pursuing a socialist National Democratic Revolution”.

A chilling thought for many as our BizNews readers prove.

Because they are unlawful? 🤔 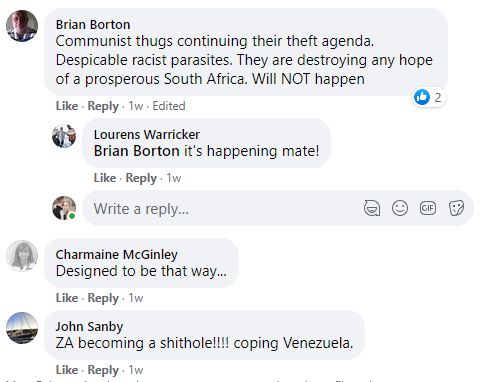 Read also: Chilling facts about land expropriation without compensation laws that President Ramaphosa has promised to push in 2021

RodB says, “For some overseas and local potential and current investors, I am sure land expropriation without compensation will be viewed as the thin edge of a very, very thick wedge. After land, what next? Banks? Mines? Businesses? Private homes? Investors have long memories and will look back to what happened in Uganda, when Asian-owned businesses were grabbed, and closer to home, Zimbabwe – and we all know what happened there. No sensible investor would in the current situation and uncertainty over the above, invest even one cent in SA.” 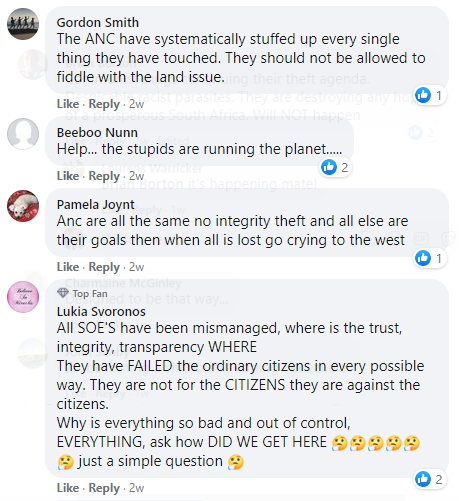 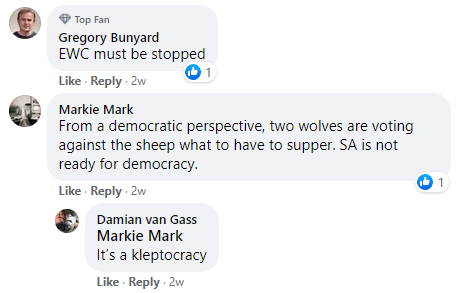 “I cannot wait for EWC, with the clueless ANC in charge it will turn into a farce. For the marginal foreign investor it will be the final straw,” writes Colnef.

“Eskom ‘attached’ more than 100 ‘farms’ that belong to what was formerly the Welkom municipality in the Free State. Given the beyond disastrous finances of Eskom, why do the comrades not expropriate these farms, as a start? Were they being ‘farmed’ at all? By whom?” asks Tim Bester.

AE Neuman says, “The only consolation prize is that the ANC/EFF supporters will starve along with the rest of us.”

“…that will allow the State to seize many of your assets, including your home – regardless of your skin colour.”

We said from the onset, this is not just about land, it’s about assets.

Read also: New bill spells out how and when land expropriation can take place

Andrea says, “It will destroy SA. The sad part is that the average black voter out there actually thinks they will get ownership of a slice for themselves. The ANC will NEVER give ownership to its voters. The state will be the owner of all land and a person will get a lease which is not worth the paper its written on, as the State can use the same law to expropriate the improvements on the land from the new ‘owners’ too. I think the ANC is pushing this agenda, because they know their handling of the pandemic has disenchanted their grass roots voters, and those voters have not even started to feel the pain of the economic melt-down to come. This promise of stealing from the whites to give to their voters, is all they have at the moment to appease their voters.” 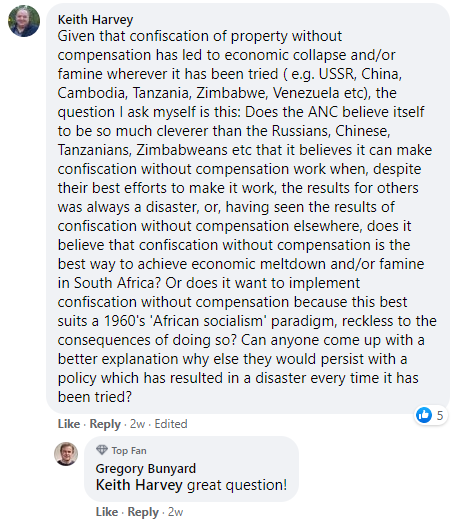 “This sort of article always brings back the old story of the Russian peasant farmer whose land had been taken by the communists. He is lying in bed at 3am and the cow is bellowing with pain as her calf is stuck and not coming out easily. His wife asks him why he is not helping the cow calve as he always did before. He replies – ‘Why should I spend all night looking after the government’s cow?’ This is exactly why communist economies don’t thrive,” comments [email protected].

“Don’t forget that Cyril Ramaphosa is a very keen DAVOS man and World Economic Forum attendee. WEF CEO Klaus Schwab personally follows Ramaphosa’s Twitter account. Look up Klaus Schwab’s books ‘Covid-19’, ‘The Great Reset’ and the ‘Fourth Industrial Revolution’. ‘You will own nothing and you will be happy’ (sic) is a WEF slogan. South Africa seems on-board with ‘Reset’ goals, which look good on paper, but are top-down directives, cooked up in elite venues without democratic scrutiny,” warns Rita McKay. 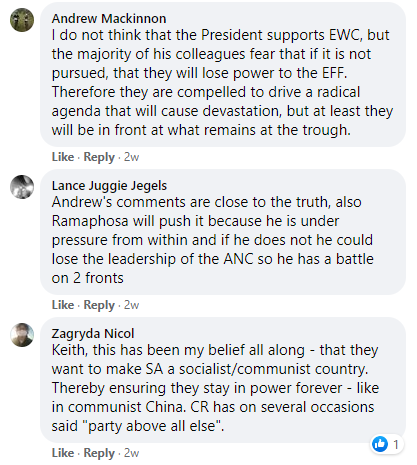 Rasta Dono says, “This is the best piece of legislation since 1652 – speed it up. This statement says… will have fewer rights than criminals what they are rectifying here is the criminality that happened to the african people here. WITH THE THEFT OF THEIR LAND.”

These banks and their investors must grab a seat, we want our land. #ExpropriationBill 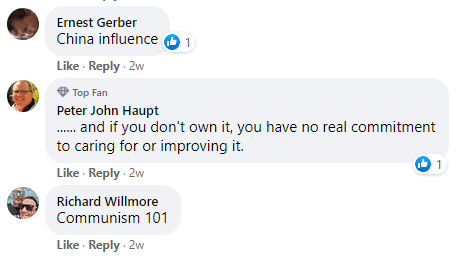 What is your stance on the Bill? Add your voice to the discussion below.